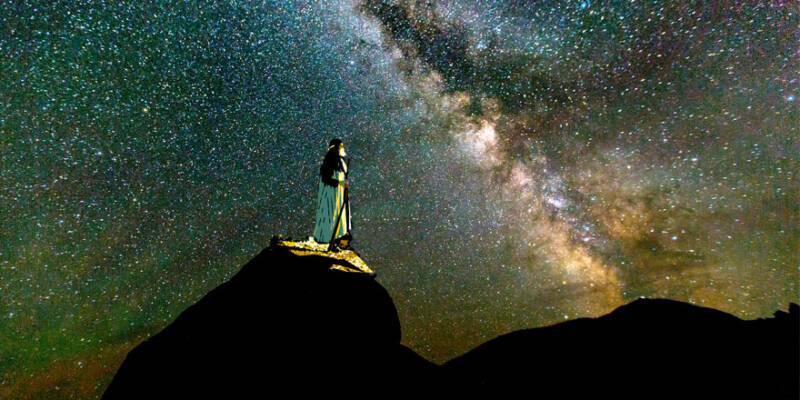 This week’s sedra begins with a continuation of the census begun in last week’s – the act that gives the entire book its English name: the book of “Numbers.” Two things, though, are puzzling. The first is the very act of numbering the people. Jewish tradition conveys two quite different, apparently contradictory, attitudes toward the taking of a census.

Rashi notes that this is not the first time the people had been counted. Their number (“about six hundred thousand men on foot, besides women and children”) had already been given as they prepared to leave Egypt (Ex. 12: 37). A more precise calculation had been made when the adult males each gave a half shekel toward the building of the Sanctuary (yielding a total of 603,550; Ex. 38: 26). Now a third count was taking place.

Why the repeated calculations? Rashi’s answer is simple and moving:

Because they (the children of Israel) are dear to Him, God counts them often. He counted them when they were about to leave Egypt. He counted them after the Golden Calf to establish how many were left. And now that He was about to cause His Presence to rest on them (with the inauguration of the Sanctuary), He counted them again.

For Rashi, the counting of the people was an act of Divine love. Yet this is not the impression we receive elsewhere. To the contrary, the Torah sees the taking of a census as profoundly dangerous:

Then God said to Moses, “When you take a census of the Israelites to count them, each must give to God a ransom for his life at the time he is counted. Then no plague will come on them when you number them.

Centuries later, when King David counted the people, there was a moment of Divine anger, during which 70, 000 died. It seems hard to reconcile the idea of counting as an act of love with the fact that counting involves great risk.

The second source of perplexity is the phrase the Torah uses to describe the act of counting: naso/se’u et rosh, literally, “lift the head.” There are many verbs available in classical Hebrew to indicate the act of counting: limnot, lifkod, lispor, lachshov. Why, in the books of Exodus and Numbers, does the Torah resort to the strange circumlocution, “lift the heads” of the Israelites?

To understand the revolution the Hebrew Bible brought to the world, we have first to enter imaginatively into the consequences for humanity of the birth of civilisation. In the earliest hunter-gatherer societies, people lived together in small groups. There were, as yet, no cities, no states, no large concentrations of population. The Torah attributes the building of the first city to Cain (Gen. 4: 17). Cities emerged with the birth of agriculture – in the fertile alluvial plain in Mesopotamia between the Tigris and Euphrates, and the well-irrigated Nile delta. Twice in the book of Bereishit the Torah sketches a portrait of urban culture: first, the Tower of Babel, second, the Egypt to which Joseph is brought as a slave. They are both highly critical accounts. In Babel, human life was cheap (when the Tower was being built, said the Sages, if a person fell and died, no one noticed. If a brick fell, they wept). In Egypt, entire populations – among them, eventually, the children of Israel – could be pressed into service as a labour force to build pyramids, temples and monuments, many of which still stand today.

The birth of agriculture and the growth of towns had huge social implications. For the first time, surplus wealth was possible and could be stored in the form of money (initially, precious metals such as silver and gold). So too, as populations expanded and the division of labour became more elaborate, social stratification began. Inequality – deep, pervasive and systemic – became one of the universal features of the earliest societies. At the top was the king, emperor or Pharaoh, seen as no less than a god or child of the gods, who held a massive concentration of power. Below him (or her) were the various ranks of privilege: court circles, military chiefs, administrators and priests. The mass of the people – poor, illiterate, expendable – was significant, whether as an army or a construction force, as a mass, by sheer weight of numbers. Hence the significance of censuses in the ancient world (and in this respect, little has changed from then to now). Size meant strength, military or economic. Population counts gave rulers information about the size of the army they could muster, or of the income they could raise by taxation.

The religion of Israel is a sustained protest against this view – military, political and economic – of the human situation. At this distance in time it is hard fully to appreciate the breathtaking novelty, the transformative potential, of the cluster of ideas generated by a single revelation – that the human person as such, man or woman, rich or poor, powerful or powerless, is the image of God and therefore of non-negotiable, unquantifiable value. We are each equally in the image of God, therefore we stand equal in the Presence of God. Much of Torah, Jewish history and the development of Western civilisation is about the slow translation of this idea into institutions, social structures and ethical codes.

It should now be clear why the taking of a census is fraught with spiritual risk. The numbering of a people is the most potent symbol of mankind-in-the-mass, of a society in which the individual is not valued in and for him- or herself but as part of a totality whose power lies in numbers. That is precisely what Israel is not. The God of Israel, who is the God of all mankind, sets His special love on a people whose strength has nothing to do with numbers, a people that never sets itself to become an empire, that is never commanded to wage holy war in order to convert populations, that was and remains tiny in both absolute terms and relative to the empires with which it was and is surrounded, standing as it does at the vulnerable crossroad between three continents.

Both questions with which we began are now answered. There is a difference between a human census and one commanded by God. David’s was a human census. Israel’s second king had laid the foundations of a nation. He had waged successful wars, united the tribes and established Jerusalem as his capital. Shortly after his death, Israel reached its zenith as a power in the Middle East. Under Solomon, through strategic alliances, it became a centre of trade and scholarship. The Temple was built. It must have seemed at the time as if, after many centuries of wandering and war, Israel had become a power to rival any other. It was a shortlived, cruelly-shattered illusion. Almost immediately after Solomon’s reign, the kingdom split in two, and from then on its this-worldly fate was sealed. A history of defeats, exiles and destructions began, which has no parallel in the annals of any other nation. The Hebrew Bible is not wrong in seeing the starting-point of this decline in the moment at which David acted like any other king and ordered a census of the people.

A Divine census is utterly different. It has nothing to do with strength-in-numbers. It has to do, instead, with conveying to every member of the nation that he or she counts; that every person, family, household is held precious by God; that distinctions between great and small, ruler and ruled, leader and led, are irrelevant; that we are each God’s image and the object of His love. A Divine census is, as Rashi says, a gesture of endearment. That is why it cannot be described by the usual verbs of counting — limnot, lifkod, lispor, lachshov. Only the phrase naso/se’u et rosh, “lift the head”, does justice to this kind of enumeration, in which those entrusted with the task are commanded to “lift the head” of those they count, making every individual stand tall in the knowledge that they are loved, cherished, held special by God, and not merely a number, a cipher, among the thousands and millions.

There is a wonderful verse in Psalm 147 which we say every morning in our prayers: “He counts the number of the stars and calls them each by name.” A name is a marker of uniqueness. Collective nouns group things together; proper names distinguish them as individuals. Only what we value, do we name (One of the most chilling acts of dehumanisation in the extermination camps of Nazi Germany was that those who entered were never addressed by their names. Instead they were given, inscribed on their skin, a number). God gives even the stars their names, all the more so human beings – on whom He has set His image. God counts to signal to us that each of us counts, for what we are as individuals, not en masse. He “lifts our head” in the most profound way known to humankind, by assuring each of us of His special, enduring, unquantifiable love.

That is the nature of the census in the book of Numbers. As the Israelites prepared to become a society with the Sanctuary — visible home of the Divine Presence – at its centre, they had to be reminded that they were to become the pioneers of a new and revolutionary social order, whose most famous definition was given by the Prophet Zechariah as the Israelites prepared to rebuild the ruined Temple:

“Not by might, nor by strength, but by My spirit, says the Lord.”