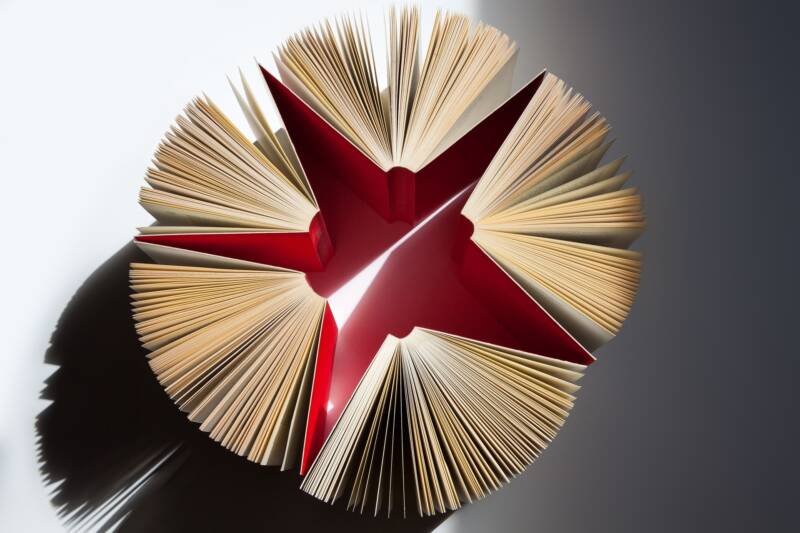 Only now, reaching Nitzavim, can we begin to get a sense of the vast, world-changing project at the heart of the Divine-human encounter that took place in the lifetime of Moses and the birth of Jews/ Israel as a nation.

What is missing from the Torah, almost inexplicably so given the background against which it is set, is a fixation with death. The ancient Egyptians were obsessed with death. Their monumental buildings were an attempt to defy death. The pyramids were giant mausoleums. More precisely, they were portals through which the soul of a deceased pharaoh could ascend to heaven and join the immortals. The most famous Egyptian text that has come down to us is The Book of the Dead. Only the afterlife is real: life is a preparation for death.

There is nothing of this in the Torah, at least not explicitly. Jews believed in Olam HaBa, the World to Come, life after death. They believed in techiyat hametim, the resurrection of the dead.[2] There are six references to it in the second paragraph of the Amidah alone. But not only are these ideas almost completely absent from Tanach. They are absent at the very points where we would expect them.

The book of Kohelet (Ecclesiastes) is an extended lament at human mortality. Havel havalim… hakol havel: Everything is worthless because life is a mere fleeting breath (Ecc 1:2). Why did the author of Ecclesiastes not mention the World to Come and life-after-death? Another example: the book of Job is a sustained protest against the apparent injustice of the world. Why did no one answer Job to say, “You and other innocent people who suffer will be rewarded in the afterlife”? We believe in the afterlife. Why then is it not mentioned – merely hinted at – in the Torah? That is the curious incident.

The simple answer is that obsession with death ultimately devalues life. Why fight against the evils and injustices of the world if this life is only a preparation for the world to come? Ernest Becker in his classic The Denial of Death argues that fear of our own mortality has been one of the driving forces of civilisation.[3] It is what led the ancient world to enslave the masses, turning them into giant labour forces to build monumental buildings that would stand as long as time itself. It led to the ancient cult of the hero, the man who becomes immortal by doing daring deeds on the field of battle. We fear death; we have a love-hate relationship with it. Freud called this thanatos, the death instinct, and said it was one of the two driving forces of life, the other being eros.

Judaism is a sustained protest against this world-view. That is why “No one knows where Moses is buried” (Deut. 34:6) so that his tomb should never become a place of pilgrimage and worship. That is why in place of a pyramid or a temple such as Ramses II built at Abu Simbel, all the Israelites had for almost five centuries until the days of Solomon was the Mishkan, a portable Sanctuary, more like a tent than a temple. That is why, in Judaism, death defiles and why the rite of the Red Heifer was necessary to purify people from contact with it. That is why the holier you are – if you are a Kohen, more so if you are the High Priest – the less you can be in contact or under the same roof as a dead person. God is not in death but in life.

Only against this Egyptian background can we fully sense the drama behind words that have become so familiar to us that we are no longer surprised by them, the great words in which Moses frames the choice for all time:

Life is good, death is bad. Life is a blessing, death is a curse. These are truisms for us. Why even mention them? Because they were not common ideas in the ancient world. They were revolutionary. They still are.

How then do you defeat death? Yes there is an afterlife. Yes there is techiyat hametim, resurrection. But Moses does not focus on these obvious ideas. He tells us something different altogether. You achieve immortality by being part of a covenant – a covenant with eternity itself, that is to say, a covenant with God.

When you live your life within a covenant something extraordinary happens. Your parents and grandparents live on in you. You live on in your children and grandchildren. They are part of your life. You are part of theirs. That is what Moses meant when he said, near the beginning of this week’s parsha:

In Moses’ day that last phrase meant “your children not yet born.” He did not need to include “your parents, no longer alive” because their parents had themselves made a covenant with God forty years before at Mount Sinai. But what Moses meant in a larger sense is that when we renew the covenant, when we dedicate our lives to the faith and way of life of our ancestors, they become immortal in us, as we become immortal in our children.

It is precisely because Judaism focuses on this world, not the next, that it is the most child-centred of all the great religions. They are our immortality. That is what Rachel meant when she said, “Give me children, or else I am like one dead” (Gen. 30:1). It is what Abraham meant when he said, “Lord, God, what will you give me if I remain childless?” (Gen. 15:2). We are not all destined to have children. The Rabbis said that the good we do constitutes our toldot, our posterity. But by honouring the memory of our parents and bringing up children to continue the Jewish story we achieve the one form of immortality that lies this side of the grave, in this world that God pronounced good.

Now consider the two last commands in the Torah, set out in parshat Vayelech, the ones Moses gave at the very end of his life. One is hakhel, the command that the King summon the nation to an assembly every seven years:

At the end of every seven years …  Assemble the people – men, women and children, and the stranger living in your towns – so that they can listen and learn to fear the Lord your God and follow carefully all the words of this law.

The meaning of this command is simple. Moses is saying: It is not enough that your parents made a covenant with God at Mount Sinai or that you yourselves renewed it with me here on the plains of Moab. The covenant must be perpetually renewed, every seven years, so that it never becomes history. It always remains memory. It never becomes old because every seven years it becomes new again.

And the last command?

“Now write down this song and teach it to the Israelites and make them sing it, so that it may be a witness for me against them.”

This, according to tradition, is the command to write [at least part of] a Sefer Torah. As Maimonides puts it: “Even if your ancestors have left you a Sefer Torah, nonetheless you are commanded to write one for yourself.”[4]

What is Moses saying in this, his last charge to the people he had led for forty years, was: It is not sufficient to say, our ancestors received the Torah from Moses, or from God. You have to take it and make it new in every generation. You must make the Torah not just your parents’ or grandparents’ faith but your own. If you write it, it will write you. The eternal word of the eternal God is your share in eternity.

We now sense the full force of the drama of these last days of Moses’ life. Moses knew he was about to die, knew he would not cross the Jordan and enter the land he had spent his entire life leading the people toward. Moses, confronting his own mortality, asks us in every generation to confront ours.

Our faith – Moses is telling us – is not like that of the Egyptians, the Greeks, the Romans, or virtually every other civilisation known to history. We do not find God in a realm beyond life – in heaven, or after death, in mystic disengagement from the world or in philosophical contemplation. We find God in life. We find God in (the key words of Devarim) love and joy. To find God, he says in this week’s parsha, you don’t have to climb to heaven or cross the sea (Deut. 30:12-13). God is here. God is now. God is life.

And that life, though it will end one day, in truth does not end. For if you keep the covenant, then your ancestors will live in you, and you will live on in your children (or your disciples or the recipients of your kindness). Every seven years the covenant will become new again. Every generation will write its own Sefer Torah. The gate to eternity is not death: it is life lived in a covenant endlessly renewed, in words engraved on our hearts and the hearts of our children.

And so Moses, the greatest leader we ever had, became immortal. Not by living forever. Not by building a tomb and temple to his glory. We don’t even know where he is buried. The only physical structure he left us was portable because life itself is a journey. He didn’t even become immortal the way Aaron did, by seeing his children become his successors. He became immortal by making us his disciples. And in one of their first recorded utterances, the Rabbis said likewise: Raise up many disciples.

To be a leader, you don’t need a crown or robes of office. All you need to do is to write your chapter in the story, do deeds that heal some of the pain of this world, and act so that others become a little better for having known you. Live so that through you our ancient covenant with God is renewed in the only way that matters: in life. Moses’ last testament to us at the very end of his days, when his mind might so easily have turned to death, was: Choose life.

[2] The Mishnah in Sanhedrin 10:1 says that believing that the resurrection of the dead is stated in the Torah is a fundamental part of Jewish faith. However, according to any interpretation, the statement is implicit, not explicit.

1) Is it common for people to be fixated with death?

2) What is the problem with having a preoccupation with death? Why does Judaism argue against this?

3) How can achieve immortality, according to Judaism? Can you think of some specific ideas?