How to Renew a Nation 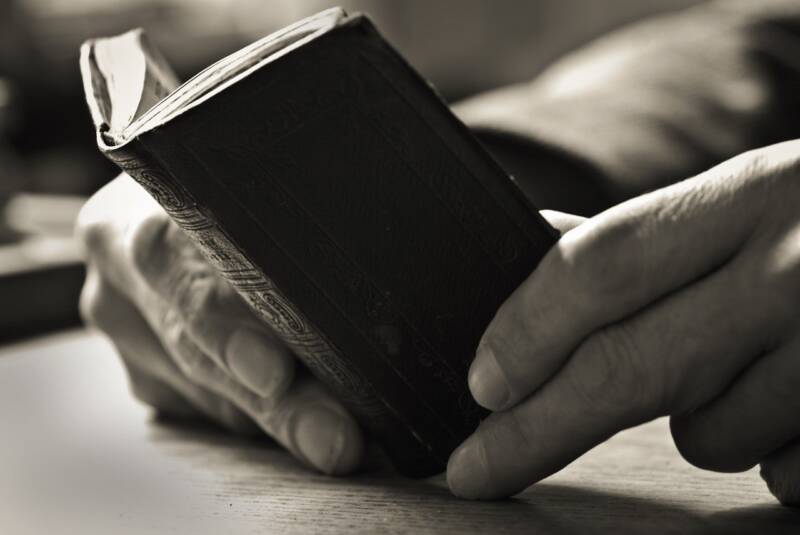 How to Renew a Nation

The Talmud gives an ingenious reading to the line, “Moses commanded us a Torah, as a heritage of the congregation of Israel.” Noting that there are 613 commands, and that the numerical value of the word Torah is 611, it says that in fact Moses gave us 611 commands, while the other two – “I am the Lord your God,” and, “You shall have no other gods beside Me,” (the first 2 of the 10 commandments) – the Israelites received not from Moses but directly from God Himself.[1]

There is a different distinction the Sages might have made. Moses gave us 611 commands, and at the very end, in Vayelech, he gave us two meta-commands, commands about the commands. They are Hakhel, the command to assemble the people once every seven years for a public reading of (key parts of) the Torah, and “Now write for yourselves this song” (Deut. 31:19), interpreted by tradition as the command to write, or take part in writing, our own Sefer Torah.

These two commands are set apart from all the others. They were given after all the recapitulation of the Torah in the book of Devarim, the blessings and curses and the covenant renewal ceremony. They are embedded in the narrative in which Moses hands on leadership to his successor Joshua. The connection is that both the laws and the narrative are about continuity. The laws are intended to ensure that the Torah will never grow old, will be written afresh in every generation, will never be forgotten by the people and will never cease to be its active constitution as a nation. The nation will never abandon its founding principles, its history and identity, its guardianship of the past and its responsibility to the future.

Note the beautiful complementarity of the two commands. Hakhel, the national assembly, is directed at the people as a totality. Writing a Sefer Torah is directed at individuals. This is the essence of covenantal politics. We have individual responsibility and we have collective responsibility. In Hillel’s words, “If I am not for myself, who will be, but if I am only for myself, what am I?” In Judaism, the state is not all, as it is in authoritarian regimes. Nor is the individual all, as it is in the radically individualist liberal democracies of today. A covenantal society is made by each accepting responsibility for all, by individuals committing themselves to the common good. Hence the Sefer Torah – our written constitution as a nation – must be renewed in the life of the individual (command 613) and of the nation (command 612).

This is how the Torah describes the mitzvah of Hakhel:

“At the end of every seven years, in the year for cancelling debts, during the Festival of Tabernacles, when all Israel comes to appear before the Lord your God at the place He will choose, you shall read this Torah before them in their hearing. Assemble the people—men, women and children, and the strangers in your towns—so they can listen and learn to revere the Lord your God and follow carefully all the words of this Torah. Their children, who do not know, shall hear it and learn to fear the Lord your God as long as you live in the land you are crossing the Jordan to possess.”

Note the inclusivity of the event. It would be anachronistic to say that the Torah was egalitarian in the contemporary sense. After all, in 1776, the framers of the American Declaration of Independence could say, “We hold these truths to be self-evident, that all men are created equal,” while slavery still existed, and no woman had a vote. Yet the Torah regarded it as essential that women, children and strangers should be included in the ceremony of citizenship in the republic of faith.

Who performed the reading? The Torah does not specify, but tradition ascribed the role to the King. That was extremely important. To be sure, the Torah separates religion and politics. The King was not High Priest, and the High Priest was not King.[2] This was revolutionary. In almost every other ancient society, the head of state was the head of the religion; this was not accidental but essential to the pagan vision of religion as power. But the King was bound by the Torah. He was commanded to have a special Torah scroll written for him; he was to keep it with him when he sat on the throne and read it “all the days of his life” (Deut. 17:18-20). Here too, by reading the Torah to the assembled people every seven years, he was showing that the nation as a political entity existed under the sacred canopy of the Divine word. We are a people, the King was implicitly saying, formed by covenant. If we keep it, we will flourish; if not, we will fail.

This is how Maimonides describes the actual ceremony:

Trumpets were blown throughout Jerusalem to assemble the people; and a high platform, made of wood, was brought and set up in the centre of the Court of Women. The King went up and sat there so that his reading might be heard …

The King would read the sections we have mentioned until he would come to the end. Then he would roll up the Sefer Torah and recite a blessing after the reading, the way it is recited in the synagogue …

Each had to regard himself as if he had been charged with the Torah now for the first time, and as though he had heard it from the mouth of God, for the King was an ambassador proclaiming the words of God.[3]

Apart from giving us a sense of the grandeur of the occasion, Maimonides is making a radical suggestion: that Hakhel is a re-enactment of the Giving of the Torah at Sinai – “as on the day the Torah was given,” “as though he had heard it from the mouth of God” –  and thus a covenant renewal ceremony. How did he arrive at such an idea? Almost certainly it was because of Moses’ description of the Giving of the Torah in Va’etchanan:

The day you stood before the Lord your God at Horeb, when the Lord said to me, “Assemble [hakhel] the people to Me that I may let them hear My words, in order that they may learn to revere Me as long as they live on earth, and may so teach their children.”

The italicised words are all echoed in the Hakhel command, especially the word Hakhel itself, which only appears in one other place in the Torah. Thus was Sinai recreated in the Temple in Jerusalem every seven years, and thus was the nation, men, women, children and strangers, renewed in its commitment to its founding principles.

Tanach gives us vivid descriptions of actual covenant renewal ceremonies, in the days of Joshua (Josh. 24), Josiah (2 Kings 23), Asa (2 Chron. 15) and Ezra and Nehemiah (Neh. 8-10). These were historic moments when the nation consciously rededicated itself after a long period of religious relapse. Because of Hakhel and covenant renewal, Israel was eternally capable of becoming young again, recovering what Jeremiah called “the devotion of your youth” (Jer. 2:2).

What happened to Hakhel during the almost 2000 years in which Israel had no king, no country, no Temple and no Jerusalem? Some scholars have made the intriguing suggestion that the minhag Eretz Yisrael, the custom of Jews in and from Israel, which lasted until about the thirteenth century, of reading the Torah not once every year but every three or three-and-a-half years, was intended to create a seven year cycle, so that the second reading would end at the same time as Hakhel, namely on the Succot following a sabbatical year (a kind of septennial Simchat Torah).[4]

I would suggest a quite different answer. The institution of the reading of the Torah on Shabbat morning, which goes back to antiquity, acquired new significance at times of exile and dispersion. There are customs that remind us of Hakhel. The Torah is read, as it was by the King on Hakhel and Ezra at his assembly, standing on a bimah, a raised wooden platform. The Torah reader never stands alone: there are usually three people on the bimah, the segan, the reader and the person called to the Torah, representing respectively God, Moses, and the Israelites.[5] According to most halachists, the reading of the Torah is chovat tzibbur, an obligation of the community, as opposed to the study of Torah which is chovat yachid, an obligation of the individual.[6] So, I believe, keriat ha-Torah should be translated not as “the Reading of the Torah” but as “the Proclaiming of Torah.” It is our equivalent of Hakhel, transposed from the seventh year to the seventh day.

It is hard for individuals, let alone nations, to stay perennially young. We drift, lose our way, become distracted, lose our sense of purpose and with it our energy and drive. I believe the best way to stay young is never to forget “the devotion of our youth,” the defining experiences that made us who we are, the dreams we had long ago of how we might change the world to make it a better, fairer, more spiritually beautiful place. Hakhel was Moses’ parting gift to us, showing us how it might be done.