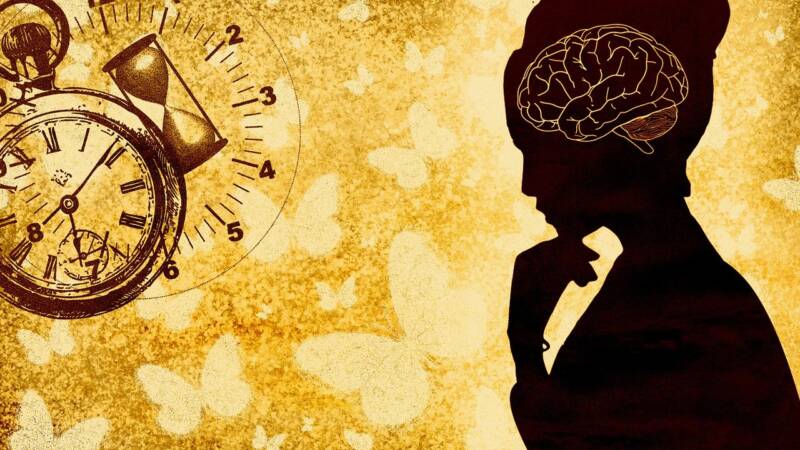 Are we naturally good or naturally bad? On this, great minds have argued for a very long time indeed. Hobbes believed that we have naturally “a perpetual and restless desire of power after power, that ceaseth only in Death.”[1] We are bad, but governments and police can help limit the harm we do. Rousseau to the contrary believed that naturally we are good. It is society and its institutions that make us bad.[2]

The argument continues today among the neo-Darwinians. Some believe that natural selection and the struggle for survival make us, genetically, hawks rather than doves. As Michael T. Ghiselin puts it, “Scratch an ‘altruist’ and watch a ‘hypocrite’ bleed.”[3] By contrast, naturalist Frans de Waal in a series of delightful books about primates, including his favourite, the bonobos, shows that they can be empathic, caring, even altruistic[4] and so, by nature, are we.

E. Hulme called this the fundamental divide between Romantics and Classicists throughout history. Romantics believed that “man was by nature good, that it was only bad laws and customs that had suppressed him. Remove all these and the infinite possibilities of man would have a chance.”[5] Classicists believed the opposite, that “Man is an extraordinarily fixed and limited animal whose nature is absolutely constant. It is only by tradition and organisation that anything decent can be got out of him.”[6]

In Judaism, according to the Sages, this was the argument between the angels when God consulted them as to whether or not He should create humans. The angels were the “us” in “Let us make mankind.” (Gen. 1:26) A Midrash tells us that the angels of chessed and tzedek said “Let him be created because humans do acts of kindness and righteousness.” The angels of shalom and emet said, “Let him not be created because he tells lies and fights wars.” What did God do? He created humans anyway and had faith that we would gradually become better and less destructive.[7] That, in secular terms, is what Harvard neuroscientist Steven Pinker argues too.[8] Taken as a whole and with obvious exceptions we have become less violent over time.

The Torah suggests we are both destructive and constructive, and evolutionary psychology tells us why. We are born to compete and co-operate. On the one hand, life is a competitive struggle for scarce resources – so we fight and kill. On the other hand, we survive only by forming groups. Without habits of co-operation, altruism and trust, we would have no groups and we would not survive. That is part of what the Torah means when it says, “It is not good for man to be alone.” (Gen. 2:18) So we are both aggressive and altruistic: aggressive to strangers, altruistic toward members of our group.

But the Torah is far too profound to leave it at the level of the old joke of the Rabbi who, hearing both sides of a domestic argument, tells the husband, “You are right,” and the wife “You are right,” and when his disciple says, “They can’t both be right,” replies, “You are also right.” The Torah states the problem, but it also supplies a non-obvious answer. This is the clue that helps us decode a very subtle argument running through last week’s parsha and this one.

The basic structure of the story that begins with Creation and ends with Noah is this: First God created a universe of order. He then created human beings who created a universe of chaos: “the land was filled with violence.” So God, as it were, deleted creation by bringing a Flood, returning the earth to as it was at the very beginning when “the earth was formless and empty, darkness was over the surface of the deep, and the spirit of God hovered over the waters.” (Gen. 1:2) He then began again with Noah and his family as the new Adam and Eve and their children.

Genesis 8-9 is thus a kind of second version of Genesis 1-3, with two significant distinctions. The first is that in both accounts a key word appears seven times, but it is a different word. In Genesis 1 the word is “good.” In Genesis 9 it is “covenant.” The second is that in both cases, reference is made to the fact that humans are in the image of God, but the two sentences have different implications. In Genesis 1 we are told that “God created humanity in His own image, in the image of God He created them, male and female He created them.” (Gen. 1:27) In Genesis 9 we read, “Whoever sheds the blood of man, by man shall his blood be shed, for in the image of God has God made humanity” (Gen. 9:6).

The difference is striking. Genesis 1 tells me that “I” am in the image of God. Genesis 9 tells me that “You,” my potential victim, are in the image of God. Genesis 1 tells us about human power. We are able, says the Torah, to “rule over the fish of the sea and the birds of the air.” Genesis 9 tells us about the moral limits of power. We can kill but we may not. We have the power, but not the permission.

Reading the story closely, it seems that God created humans in the faith that they would naturally choose the right and the good. They would not need to eat the fruit of “the Tree of Knowledge of Good and Evil,” because instinct would lead them to behave as they should. Calculation, reflection, decision – all the things we associate with knowledge – would not be necessary. They would act as God wanted them to act, because they had been created in His image.

It did not turn out that way. Adam and Eve sinned, Cain committed murder, and within a few generations the world was reduced to chaos. That is when we read that “The Lord saw how great the wickedness of the human race had become on the earth, and that every inclination of the thoughts of the human heart was only evil all the time. The Lord regretted that he had made man on the earth, and it grieved Him to His heart.” (Gen. 6:6) Everything else in the universe was tov, “good.” But humans are not naturally good. That is the problem. The answer, according to the Torah, is covenant.

When a natural event does not accord with the current state of science, when it “breaks” the law, that is a sign that there is something wrong with the law. That is why Newton’s laws were replaced by those of Einstein. But when a human being breaks the law, when people rob or steal or deceive, the fault is not in the law but in the deed. So we must keep the law and condemn, and sometimes punish, the deed. Scientific laws allow us to predict. Moral laws help us to decide. Scientific laws apply to entities without freewill. Moral laws presuppose freewill. That is what makes humans qualitatively different from other forms of life.

So, according to the Torah, a new era began, centred not on the idea of natural goodness but on the concept of covenant, that is, moral law. Civilisation began in the move from what the Greeks called physis, nature, to nomos, law. That is what makes the concept of being “in the image of God” completely different in Genesis 1 and Genesis 9. Genesis 1 is about nature and biology. We are in the image of God in the sense that we can think, speak, plan, choose and dominate. Genesis 9 is about law. Other people are also in God’s image. Therefore we must respect them by banning murder and instituting justice. With this simple move, morality was born.

What is the Torah telling us about morality?

This may well be the single most important contribution of monotheism to civilisation. All societies, ancient and modern, have had some form of morality but usually they concern only relations within the group. Hostility to strangers is almost universal in both the animal and human kingdoms. Between strangers, power rules. As the Athenians said to the Melians, “The strong do what they want, while the weak do what they must.”[9]

The idea that even the people not like us have rights, and that we should “love the stranger” (Deut. 10:19), would have been considered utterly strange by most people at most times. It took the recognition that there is one God sovereign over all humanity (“Do we not all have one father? Did not one God create us?”; Mal. 2:10) to create the momentous breakthrough to the idea that there are moral universals, among them the sanctity of life, the pursuit of justice, and the rule of law.

Second, God Himself recognises that we are not naturally good. After the Flood, He says: “I will never again curse the ground because of humankind, even though the inclination of their minds is evil from childhood on.” (Gen. 8:21) The antidote to the yetzer, the inclination to evil, is covenant.

We now know the neuroscience behind this. Our brains contain a prefrontal cortex that evolved to allow humans to think and act reflectively, considering the consequences of their deeds. But this is slower and weaker than the amygdala (what Jewish mystics called the nefesh habehamit, the animal soul) which produces, even before we have had time to think, the fight-or-flight reactions without which humans before civilisation would simply not have survived.

The problem is that these rapid reactions can be deeply destructive. Often they lead to violence: not only the violence between species (predator and prey) that is part of nature, but also to the more gratuitous violence that is a feature of the life of most social animals. It is not that we only do evil. Empathy and compassion are as natural to us as are fear and aggression. The problem is that fear lies just beneath the surface of human interaction, and it can overwhelm all our other instincts.

Daniel Goleman calls this an amygdala hijack. “Emotions make us pay attention right now – this is urgent – and give us an immediate action plan without having to think twice. The emotional component evolved very early: Do I eat it, or does it eat me?”[10] Impulsive action is often destructive because it is undertaken without thought of consequences. That is why Maimonides argued that many of the laws of the Torah constitute a training in virtue by making us think before we act.[11]

So the Torah tells us that naturally we are neither good nor bad, but we have the capacity for both. We have a natural inclination to empathy and sympathy, but we have an even stronger instinct for fear which can lead to violence. That is why, in the move from Adam to Noah, the Torah shifts from nature to covenant, from tov to brit, from power to the moral limits of power. Genes are not enough. We also need the moral law.

[3] Ghiselin, The Economy of Nature and the Evolution of Sex (Berkeley: University of California Press, 1974), 247.