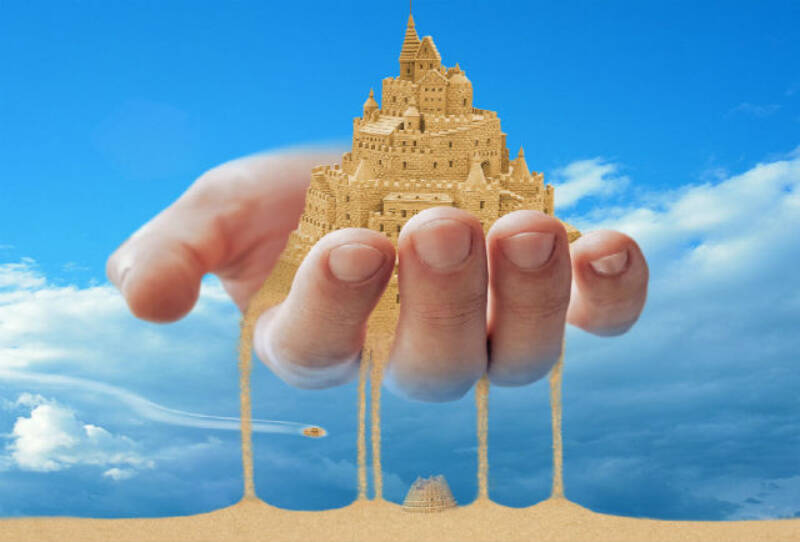 I once had the opportunity to ask the Catholic writer Paul Johnson what had struck him most about Judaism during the long period he spent researching it for his masterly A History of the Jews? He replied in roughly these words:

“There have been, in the course of history, societies that emphasised the individual – like the secular West today. And there have been others that placed weight on the collective – communist Russia or China, for example.”

Judaism, he continued, was the most successful example he knew of that managed the delicate balance between both – giving equal weight to individual and collective responsibility. Judaism was a religion of strong individuals and strong communities. This, he said, was very rare and difficult, and constituted one of our greatest achievements.

It was a wise and subtle observation. Without knowing it, he had in effect paraphrased Hillel’s aphorism: “If I am not for myself, who will be (individual responsibility)? But if I am only for myself, what am I (collective responsibility)?” This insight allows us to see the argument of Parshat Noach in a way that might not have been obvious otherwise.

The parsha begins and ends with two great events, the Flood on the one hand, Babel and its tower on the other. On the face of it they have nothing in common. The failings of the generation of the Flood are explicit. “The world was corrupt before God, and the land was filled with violence. God saw the world, and it was corrupted. All flesh had perverted its way on the earth” (Gen. 6:11-12). Wickedness, violence, corruption, perversion: this is the language of systemic moral failure.

Babel by contrast seems almost idyllic. “The entire earth had one language and a common speech” (11:1). The builders are bent on construction, not destruction. It is far from clear what their sin was. Yet from the Torah’s point of view Babel represents another serious wrong turn, because immediately thereafter God summons Abraham to begin an entirely new chapter in the religious story of humankind. There is no Flood – God had, in any case, sworn that He would never again punish humanity in such a way (“Never again will I curse the soil because of man, for the inclination of man’s heart is evil from his youth. I will never again strike down all life as I have just done”, 8:21). But it is clear that after Babel, God comes to the conclusion that there must be another and different way for humans to live.

Both the Flood and the Tower of Babel are rooted in actual historical events, even if the narrative is not couched in the language of descriptive history. Mesopotamia had many flood myths, all of which testify to the memory of disastrous inundations, especially on the flat lands of the Tigris-Euphrates valley (See Commentary of R. David Zvi Hoffman to Genesis 6 [Hebrew, 140] who suggests that the Flood may have been limited to centres of human habitation, rather than covering the whole earth). Excavations at Shurrupak, Kish, Uruk and Ur – Abraham’s birthplace – reveal evidence of clay flood deposits. Likewise the Tower of Babel was a historical reality. Herodotus tells of the sacred enclosure of Babylon, at the centre of which was a ziqqurat or tower of seven stories, 300 feet high. The remains of more than thirty such towers have been discovered, mainly in lower Mesopotamia, and many references have been found in the literature of the time that speak of such towers “reaching heaven”.

However, the stories of the Flood and Babel are not merely historical, because the Torah is not history but “teaching, instruction.” They are there because they represent a profound moral-social-political-spiritual truth about the human situation as the Torah sees it. They represent, respectively, precisely the failures intimated by Paul Johnson. The Flood tells us what happens to civilisation when individuals rule and there is no collective. Babel tells us what happens when the collective rules and individuals are sacrificed to it.

It was Thomas Hobbes (1588-1679), the thinker who laid the foundations of modern politics in his classic Leviathan (1651), who – without referring to the Flood – gave it its best interpretation. Before there were political institutions, said Hobbes, human beings were in a “state of nature”. They were individuals, packs, bands. Lacking a stable ruler, an effective government and enforceable laws, people would be in a state of permanent and violent chaos – “a war of every man against every man” – as they competed for scarce resources. There would be “continual fear, and danger of violent death; and the life of man, solitary, poor, nasty, brutish, and short.” Such situations exist today in a whole series of failed or failing states. That is precisely the Torah’s description of life before the Flood. When there is no rule of law to constrain individuals, the world is filled with violence.

Babel is the opposite, and we now have important historical evidence as to exactly what was meant by the sentence, “The entire land had one language and a common speech.” This may not refer to primal humanity before the division of languages. In fact in the previous chapter the Torah has already stated, “From these the maritime peoples spread out into their lands in their clans within their nations, each with its own language” (Gen. 10:5. The Talmud Yerushalmi, Megillah 1:11, 71b, records a dispute between R. Eliezer and R. Johanan, one of whom holds that the division of humanity into seventy languages occurred before the Flood).

The reference seems to be to the imperial practice of the neo-Assyrians, of imposing their own language on the peoples they conquered. One inscription of the time records that Ashurbanipal II “made the totality of all peoples speak one speech.” A cylinder inscription of Sargon II says, “Populations of the four quarters of the world with strange tongues and incompatible speech . . . whom I had taken as booty at the command of Ashur my lord by the might of my sceptre, I caused to accept a single voice.” The neo-Assyrians asserted their supremacy by insisting that their language was the only one to be used by the nations and populations they had defeated. On this reading, Babel is a critique of imperialism.

There is even a hint of this in the parallelism of language between the builders of Babel and the Egyptian Pharaoh who enslaved the Israelites. In Babel they said, “Come, [hava] let us build ourselves a city and a tower . . . lest [pen] we be scattered over the face of the earth” (Gen. 11:4). In Egypt Pharaoh said, “Come, [hava] let us deal wisely with them, lest [pen] they increase so much . . .” (Ex. 1:10). The repeated “Come, let us … lest” is too pronounced to be accidental. Babel, like Egypt, represents an empire that subjugates entire populations, riding roughshod over their identities and freedoms.

If this is so, we will have to re-read the entire Babel story in a way that makes it much more convincing. The sequence is this: Genesis 10 describes the division of humanity into seventy nations and seventy languages. Genesis 11 tells of how one imperial power conquered smaller nations and imposed its language and culture on them, thus directly contravening God’s wish that humans should respect the integrity of each nation and each individual. When at the end of the Babel story God “confuses the language” of the builders, He is not creating a new state of affairs but restoring the old.

Interpreted thus, the story of Babel is a critique of the power of the collective when it crushes individuality – the individuality of the seventy cultures described in Genesis 10. (A personal note: I had the privilege of addressing 2,000 leaders from all the world’s faiths at the Millennium Peace Summit in the United Nations in August 2000. It turned out that there were exactly 70 traditions – each with their subdivisions and sects – represented. So it seems there still are seventy basic cultures). When the rule of law is used to suppress individuals and their distinctive languages and traditions, this too is wrong. The miracle of monotheism is that Unity in Heaven creates diversity on earth, and God asks us (with obvious conditions) to respect that diversity.

So the Flood and the Tower of Babel, though polar opposites, are linked, and the entire parsha of Noach is a brilliant study in the human condition. There are individualistic cultures and there are collectivist ones, and both fail, the former because they lead to anarchy and violence, the latter because they lead to oppression and tyranny.

So Paul Johnson’s insight turns out to be both deep and true. After the two great failures of the Flood and Babel, Abraham was called on to create a new form of social order that would give equal honour to the individual and the collective, personal responsibility and the common good. That remains the special gift of Jews and Judaism to the world.