Righteousness is not Leadership 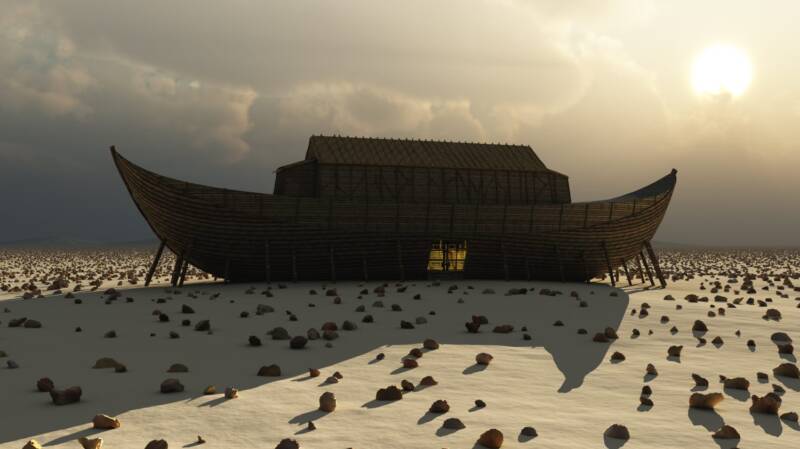 The praise accorded to Noah is unparalleled in Tanach. He was, says the Torah, “a righteous man, perfect in his generations; Noah walked with God.” No such praise is given to Abraham or Moses or any of the Prophets. The only person in the Bible who comes close is Job, described as “blameless and upright (tam ve-yashar); he feared God and shunned evil” (Job 1:1). Noah is in fact the only individual that the Tanach describes as righteous (tzaddik).

Yet the Noah we see at the end of his life is not the person we saw at the beginning. After the Flood:

Noah, a man of the soil, proceeded to plant a vineyard. When he drank some of its wine, he became drunk and lay uncovered inside his tent. Ham, the father of Canaan, saw his father naked and told his two brothers outside. But Shem and Japheth took a garment and laid it across their shoulders; then they walked in backward and covered their father’s naked body. Their faces were turned the other way so that they would not see their father naked.

The man of God has become a man of the soil. The upright man has become a drunkard. The man clothed in virtue now lies naked. The man who saved his family from the Flood is now so undignified that two of his sons are ashamed to look at him. This is a tale of decline. Why?

Noah is the classic case of someone who is righteous, but who is not a leader. In a disastrous age, when all has been corrupted, when the world is filled with violence, when even God Himself – in the most poignant line in the whole Torah – “regretted that He had made man on earth, and was pained to His very core,” Noah alone justifies God’s faith in humanity, the faith that led Him to create humankind in the first place. That is an immense achievement, and nothing should detract from it. Noah is, after all, the man through whom God makes a covenant with all humanity. Noah is to humanity what Abraham is to the Jewish people.

Noah was a good man in a bad age. But his influence on the life of his contemporaries was, apparently, non-existent. That is implicit in God’s statement, “You alone have I found righteous in this whole generation” (Gen. 7:1). It is implicit also in the fact that only Noah and his family, together with the animals, were saved. It is reasonable to assume that these two facts – Noah’s righteousness and his lack of influence on his contemporaries – are intimately related. Noah preserved his virtue by separating himself from his environment. That is how, in a world gone mad, he stayed sane.

The famous debate among the Sages as to whether the phrase “perfect in his generations” (Gen. 6:9) is praise or criticism may well be related to this. Some said that “perfect in his generations” means that he was perfect only relative to the low standard then prevailing. Had he lived in the generation of Abraham, they said, he would have been insignificant. Others said the opposite: if in a wicked generation Noah was righteous, how much greater he would have been in a generation with role models like Abraham.

The argument, it seems to me, turns on whether Noah’s isolation was part of his character, or whether it was merely the necessary tactic in that time and place. If he were naturally a loner, he would not have gained by the presence of heroes like Abraham. He would have been impervious to influence, whether for good or bad. If he was not a loner by nature but merely by circumstance, then in another age he would have sought out kindred spirits and become greater still.

Yet what exactly was Noah supposed to do? How could he have been an influence for good in a society bent on evil? Was he really meant to speak in an age when no one would listen? Sometimes people do not listen even to the voice of God Himself. We had an example of this just two chapters earlier, when God warned Cain of the danger of his violent feelings toward Abel – “’Why are you so furious? Why are you depressed?… sin is crouching at the door. It lusts after you, but you can dominate it” (Gen. 4:6-7). Yet Cain did not listen, and instead went on to murder his brother. If God speaks and people do not listen, how can we criticise Noah for not speaking when all the evidence suggests that they would not have listened to him anyway?

Aha b. R. Hanina said: Never did a favourable word go forth from the mouth of the Holy One, blessed be He, of which He retracted for evil, except the following, where it is written, “And the Lord said unto him: Go through the midst of the city, through the midst of Jerusalem, and set a mark upon the foreheads of the men that sigh and cry for all the abominations that are being done in the midst thereof” (Ezek. 9:4).

Said God, “Had they protested, they would not have heeded them.”

“Sovereign of the Universe!” said Justice, “This was revealed to You, but was it revealed to them?”

According to this passage, even the righteous in Jerusalem were punished at the time of the destruction of the Temple because they did not protest the actions of their contemporaries. God objects to the claim of Justice: Why punish them for their failure to protest when it was clear that had they done so, no one would have listened? Justice replies: This may be clear to you or to the angels – meaning, this may be clear in hindsight – but at the time, no human could have been sure that their words would have no impact. Justice asks: How can you be sure you will fail if you never try?

The Talmud notes that God reluctantly agreed with Justice. Hence the strong principle: when bad things are happening in society, when corruption, violence and injustice prevail, it is our duty to register a protest, even if it seems likely that it will have no effect. Why? Because that is what moral integrity demands. Silence may be taken as acceptance. And besides, we can never be sure that no one will listen. Morality demands that we ignore probability and focus on possibility. Perhaps someone will take notice and change their ways – and that “perhaps” is enough.

This idea did not suddenly appear for the first time in the Talmud. It is stated explicitly in the book of Ezekiel. This is what God says to the Prophet:

“Son of man, I am sending you to the Israelites, to a rebellious nation that has rebelled against Me; they and their ancestors have been in revolt against Me to this very day. The people to whom I am sending you are obstinate and stubborn. Say to them, ‘This is what the Sovereign Lord says.’ And whether they listen or fail to listen—for they are a rebellious people—they will know that a Prophet has been among them.”

God is telling the Prophet to speak, regardless of whether people will listen.

So, one way of reading the story of Noah is as an example of lack of leadership. Noah was righteous but not a leader. He was a good man who had no influence on his environment. There are, to be sure, other ways of reading the story, but this seems to me the most straightforward. If so, then Noah is the third case in a series of failures of responsibility. As we saw last week, Adam and Eve failed to take personal responsibility for their actions (“It wasn’t me”). Cain refused to take moral responsibility (“Am I my brother’s keeper?”). Noah failed the test of collective responsibility.

This way of interpreting the story, if correct, entails a strong conclusion. We know that Judaism involves collective responsibility, for it teaches Kol Yisrael arevim ze bazeh (“All Israel are responsible for one another” Shavuot 39a). But it may be that simply being human also involves collective responsibility. Not only are Jews responsible for one another. So are we all, regardless of our faith or religious affiliations. So, at any rate, Maimonides argued, though Nahmanides disagreed.[1]

The Hassidim had a simple way of making this point. They called Noah a tzaddik im peltz, “a righteous man in a fur coat.” There are essentially two ways of keeping warm on a cold night. You can wear a thick coat, or you can light a fire. Wear a coat and you warm only yourself. Light a fire and you can warm others too. We are supposed to light a fire.

Noah was a good man who was not a leader. Was he, after the Flood, haunted by guilt? Did he think of the lives he might have saved if only he had spoken out, whether to his contemporaries or to God? We cannot be sure. The text is suggestive but not conclusive.

It seems, though, that the Torah sets a high standard for the moral life. It is not enough to be righteous if that means turning our backs on a society that is guilty of wrongdoing. We must take a stand. We must protest. We must register dissent even if the probability of changing minds is small. That is because the moral life is a life we share with others. We are, in some sense, responsible for the society of which we are a part. It is not enough to be good. We must encourage others to be good. There are times when each of us must lead.