The Trace of God 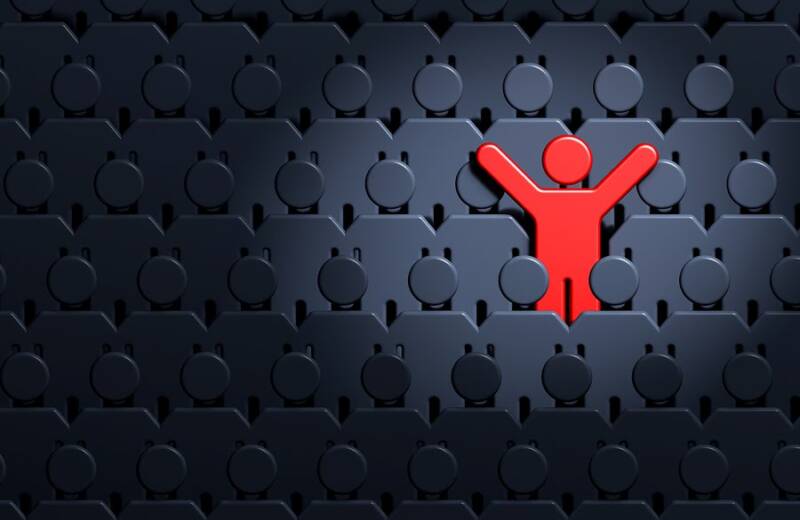 The story of the first eight chapters of Bereishit is tragic but simple: creation, followed by de-creation, followed by re-creation. God creates order. Humans then destroy that order, to the point where “the world was filled with violence,” and “all flesh had corrupted its way on earth.” God brings a flood that wipes away all life, until – with the exception of Noach, his family and other animals – the earth has returned to the state it was in at the beginning of Torah, when “the earth was waste and void, darkness was over the surface of the deep, and the spirit of God was hovering over the waters.”

Vowing never again to destroy all life – though not guaranteeing that humanity might not do so of its own accord – God begins again, this time with Noach in place of Adam, father of a new start to the human story. Genesis 9 is therefore parallel to Genesis 1. But there are two significant differences.

In both there is a keyword, repeated seven times, but it is a different word. In Genesis 1 the word is tov, “good.” In Genesis 9, the word is brit, “covenant.” That is the first difference.

The second is that they both state that God made the human person in His image, but they do so in markedly different ways. In Genesis 1 we read:

And God said, “Let us make man in our image, according to our likeness, and let them rule over the fish of the sea, and over the birds of heaven, and over the cattle, and over all the earth, and over every moving thing that moves upon the earth.

So God created man in His image,

In the image of God He created him,

Male and female He created them.

And this is how it is stated in Genesis 9:

Whoever sheds the blood of man, by man shall his blood be shed;

for in the image of God, He made man.

The difference here is fundamental. Genesis 1 tells me that I am in the image of God. Genesis 9 tells me that the other person is in the image of God. Genesis 1 speaks about the dominance of Homo sapiens over the rest of creation. Genesis 9 speaks about the sanctity of life and the prohibition of murder. The first chapter tells us about the potential power of human beings, while the ninth chapter tells us about the moral limits of that power. We may not use it to deprive another person of life.

This also explains why the keyword, repeated seven times, changes from “good” to “covenant.” When we call something good, we are speaking about how it is in itself. But when we speak of covenant, we are talking about relationships. A covenant is a moral bond between persons.

What differentiates the world after the Flood from the world before is that the terms of the human condition have changed. God no longer expects people to be good because it is in their nature to be so. To the contrary, God now knows that “every inclination of the human heart is evil from childhood” (Gen. 8: 21) – and this despite the fact that we were created in God’s image.

The difference is that there is only one God. If there were only one human being, he or she might live at peace with the world. But we know that this could not be the case because “It is not good for man to be alone.” We are social animals. And when one human being thinks he or she has godlike powers vis-à-vis another human being, the result is violence. Therefore, thinking yourself godlike, if you are human, all-too-human, is very dangerous indeed.

That is why, with one simple move, God transformed the terms of the equation. After the Flood, He taught Noach and through him all humanity, that we should think, not of ourselves but of the human other as in the image of God. That is the only way to save ourselves from violence and self-destruction.

This really is a life-changing idea. It means that the greatest religious challenge is: Can I see God’s image in one who is not in my image – whose colour, class, culture or creed is different from mine?

People fear people not like them. That has been a source of violence for as long as there has been human life on earth. The stranger, the foreigner, the outsider, is almost always seen as a threat. But what if the opposite is the case? What if the people not like us enlarge rather than endanger our world?

There is a strange blessing we say after eating or drinking something over which we make the blessing shehakol. It goes: borei nefashot rabbot vechesronam. God “creates many souls and their deficiencies.” Understood literally, it is almost incomprehensible. Why should we praise God who creates deficiencies?

One beautiful answer[1] is that if we had no deficiencies, then lacking nothing, we would never need anyone else. We would be solitary rather than social. The fact that we are all different, and all have deficiencies, means that we need one another. What you lack, I may have, and what I lack, you may have. It is by coming together that we can each give the other something he or she lacks. It is our deficiencies and differences that brings us together in mutual gain, in a win-win scenario.[2] It is our diversity that makes us social animals.

This is a life-changing idea. Next time we meet someone radically unlike us, we should try seeing difference not as a threat but as an enlarging, possibility-creating gift. After the Flood, and to avoid a world “filled with violence” that led to the Flood in the first place, God asks us to see His image in one who is not in my image. Adam knew that he was in the image of God. Noach and his descendants are commanded to remember that the other person is in the image of God.

The great religious challenge is: Can I see a trace of God in the face of a stranger?

[1] I thank Mr Joshua Rowe of Manchester from whom I first heard this lovely idea.
[2] This is what led thinkers like Montesquieu in the eighteenth century to conceptualise trade as an alternative to war. When two different tribes meet, they can either trade or fight. If they fight, one at least will lose and the other, too, will suffer losses. If they trade, both will gain. This is one of the most important contributions of the market economy to peace, tolerance and the ability to see difference as a blessing, not a curse. See Albert O. Hirschman, The passions and the interests : political arguments for capitalism before its triumph, Princeton : Princeton University Press, 2013.
[3] Mishnah, Sanhedrin 4:5.

Next time you meet someone radically unlike you, try seeing difference not as a threat but as an enlarging, possibility-creating gift.