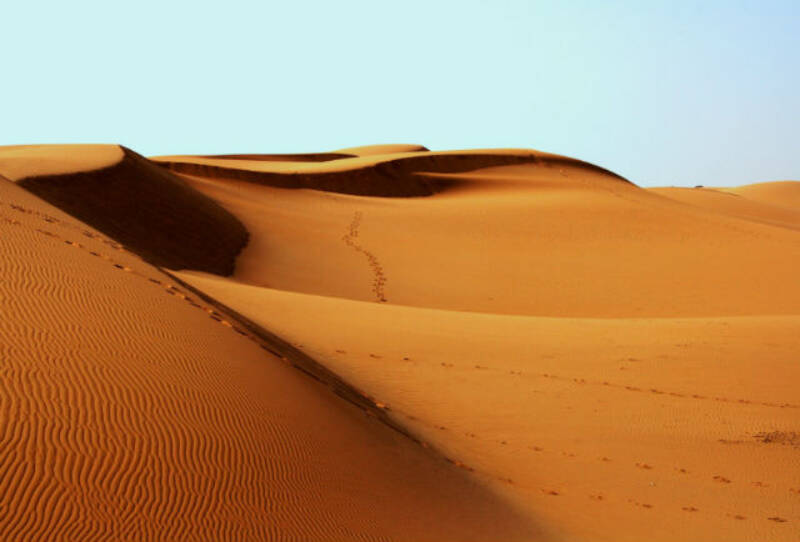 Sitting is the new smoking. So goes the new health mantra. Spend too much time at a desk or in front of a screen and you are at risk of significant danger to your health. The World Health Organisation has identified physical inactivity as the fourth greatest health hazard today, ahead of obesity. In the words of Dr James Levine, one of the world’s leading experts on the subject and the man credited with coining the mantra, says, “We are sitting ourselves to death.”

The reason is that we were not made to sit still. Our bodies were made for movement, standing, walking and running. If we fail to give the body regular exercise, it can easily malfunction and put us at risk of serious illness. The question is: does the same apply to the soul, the spirit, the mind?

It is fascinating to look at the sequence of verbs in the very first verse of the book of Psalms: “Happy is the man who does not walk in the counsel of the ungodly, or stand in the way of sinners, or sit in the seat of the scornful” (Ps. 1:1). That is a picture of the bad life, lived in pursuit of the wrong values. Note how the bad man begins by walking, then stands, then sits. A bad life immobilises. That is the point of the famous verses in Hallel:

Their idols are silver and gold, the work of men’s hands. They have mouths, but do not speak, eyes but do not see, ears but do not hear, noses but do not smell. They have hands but cannot feel, feet but cannot walk, nor can they make a sound with their throats. Those who make them will be like them; so will all who trust in them.

If you live for lifeless things – as in the bumper sticker, “He who dies with the most toys, wins” – you will become lifeless.

Except in the House of the Lord, Jews do not sit. Jewish life began with two momentous journeys, Abraham from Mesopotamia, Moses and the Israelites from Egypt. “Walk on ahead of Me and be blameless” said God to Abraham (Gen. 17:1). At the age of ninety-nine, having just been circumcised, Abraham saw three strangers passing by and “ran to meet them.” On the verse, “Jacob dwelled [vayeshev, the verb that also means “to sit”] in the land where his father had stayed” Rashi, citing the Sages, commented: “Jacob sought to live in tranquility, but immediately there broke in on him the troubles of Joseph.” The righteous do not sit still. They do not have a quiet life.

Rarely is the point made with more subtlety than at the end of this week’s parsha and the book of Exodus as a whole. The Tabernacle had been made and assembled. The closing verses tell us about the relationship between it and the “cloud of glory” that filled the Tent of Meeting. The Tabernacle was made to be portable.[1] It could be dismantled and its parts carried as the Israelites travelled on the next stage of their journey. When the time came for them to move on, the cloud moved from the Tent of Meeting to a position outside the camp, signalling the direction the Israelites were to take. This is how the Torah describes it:

There is a significant difference between the two occurrences of the phrase “in all their journeys”. In the first, the words are meant literally. When the cloud lifted, the Israelites knew they were about to begin a new stage of their journey. However in the second instance, they cannot be meant literally. The cloud was not “over the Tabernacle” in all their journeys. To the contrary, it was there only when they stopped journeying and instead pitched camp. During the journeys the cloud went on ahead.

A place where they encamped is also called massa, “a journey” . . . because from the place of encampment they always set out again on a new journey, therefore they are all called “journeys”.

The point is linguistic, but the message is remarkable. In a few brief words, Rashi has summarised an existential truth about Jewish identity. To be a Jew is to travel. Judaism is a journey, not a destination. Even a place of rest, an encampment, is still called a journey. The patriarchs lived, not in houses but in tents.[2] The first time we are told that a patriarch built a house, proves the point:

Jacob traveled to Succot. There he built himself a house and made shelters [sukkot] for his livestock. That is why he called the place Succot. Gen. 33:17).

The verse is astonishing. Jacob has just become the first member of the covenantal family to build a house, yet he does not call the place “House” (as in Bet-El or Bet-lechem). He calls it “cattle-sheds.” It is as if Jacob, consciously or unconsciously, already knew that to live the life of the covenant means to be ready to move on, to travel, to journey, to grow.

One might have thought that all this applied only to the time before the Israelites crossed the Jordan and entered the Promised Land. Yet the Torah tells us otherwise:

The land shall not be sold in perpetuity because the land is Mine: you are strangers and temporary residents as far as I am concerned.

If we live as if the land is permanently ours, our stay there will be temporary. If we live as if it is only temporarily so, we will live there permanently. In this world of time and change, growth and decay, only God and His word are permanent. One of the most poignant lines in the book of Psalms – a verse cherished by the French-Jewish philosopher Emmanuel Levinas – says, “I am a stranger on earth. Do not hide your commands from me” (Ps. 119:19). To be a Jew is to stay light on your feet, ready to begin the next stage of the journey, literally or metaphorically. An Englishman’s home is his castle, they used to say. But a Jew’s home is a tent, a tabernacle, a sukkah. We know that life on earth is a temporary dwelling. That is why we value each moment and its newness.

Recently a distinguished British Jew, (Lord) George Weidenfeld, died at the age of 96. He was a successful publisher, a friend and confidant of European leaders, an inveterate fighter for peace and a passionate Zionist. In 1949-50, he was political adviser and Chief of Cabinet to Chaim Weizmann, first President of Israel. One of his last acts was to help rescue 20,000 Christian refugees fleeing from ISIS in Syria. He was alert and active, even hyperactive, to the very end of a long and distinguished life.

In an interview with The Times on his ninety-second birthday he was asked the following question: “Most people in their nineties slow down. You seem to be speeding up. Why is that?” He replied, “When you get to ninety-two, you begin to see the door about to close. I have so much to do before the door closes that the older I get, the harder I have to work.” That is a good formula for staying young.

Like our bodies, our souls were not made for sitting still. We were made for moving, walking, traveling, learning, searching, striving, growing, knowing that it is not for us to complete the work but neither may we stand aside from it. In Judaism, as the book of Exodus reminds us in its closing words, even an encampment is called a journey. In matters spiritual, not just physical, sitting is the new smoking.

[1] This was especially true of the Ark. It was carried by staves that passed through rings on the side of the Ark. It was forbidden to remove the staves, even when the Israelites were encamped (Ex. 25:15). The Ark already had to be ready to travel at a moment’s notice. See the commentary of S. R. Hirsch ad loc.
[2] Note that Lot, in Sodom, lived in a house (Gen. 19:2). So did Laban (Gen. 24:23).