The Blessed Power of Order 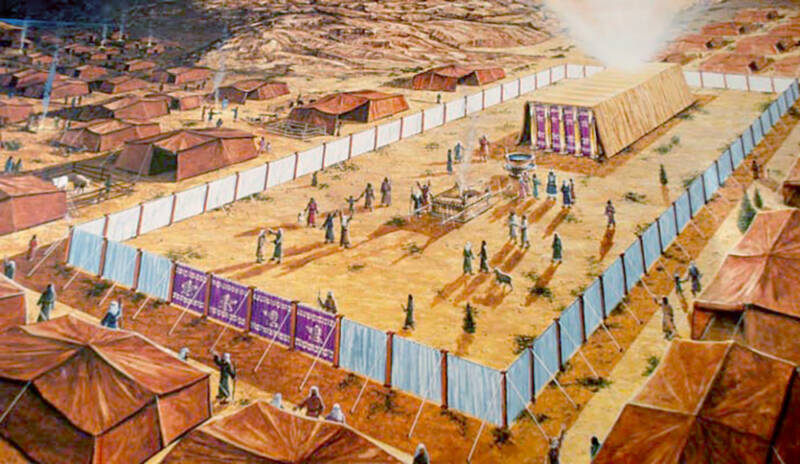 The Blessed Power of Order

Pekudei – in fact the whole cluster of chapters beginning with Terumah and Tetzaveh and culminating in Vayakhel and Pekudei – is an extraordinary way for the book of Exodus to end. The rest of the book is a tempestuous story of the Israelites’ exile and enslavement and the confrontation between the ruler of Egypt and the man he may have grown up with in the palace, Moshe, now the leader of the Hebrew slaves. It is about the most dramatic Divine intervention in history, a story of signs and wonders, miracles and deliverances. Nature itself is overturned as a people fleeing from persecution cross a sea on dry land while the chariots of Pharaoh’s army are stuck fast in the mud. It is the world’s most famous story of freedom. Films have been made of it. Many oppressed people have based their hopes on it.

Its natural culmination should surely have been Exodus chapters 19-24: the revelation of God at Mount Sinai, the covenant between God and the people, the Ten Commandments and the civil laws that followed. This is surely where the story has been heading all along: the formalisation of a relationship that would bind God to a people and a people to God, bringing heaven down to earth and lifting a people from earth to heaven.

Of what conceivable relevance to this story is the long narrative of the construction of the Tabernacle, told first in Terumah and Tetzaveh as God’s command to Moshe, and in Vayakhel and Pekudei as Moshe’s command to the people and a description of how they carried it out? It has nothing to do with miracles. It seems to have nothing to do with freedom. The chief actor in these chapters is not God but the people who bring the contributions and Betzalel, the master-craftsman, and those who work with him, including the women who spun goats’ hair into cloth, brought gifts and gave their mirrors for the bronze washbasin. Most of the narrative reads as if it belongs to Vayikra, the book of holiness, rather than Shemot, the book of freedom.

And this is how the Torah describes the conclusion of the creation of the universe:

Three key words appear in both passages: “work,” “completed” and “blessed.” These verbal echoes are not accidental. They are how the Torah signals intertextuality, that is, hinting that one law or story is to be read in the context of another. In this case the Torah is emphasising that Exodus ends as Genesis began, with a work of creation. Note the difference as well as the similarity. Genesis began with an act of Divine creation. Exodus ends with an act of human creation.

The closer we examine the two texts, the more we see how intricately the parallel has been constructed. The creation account in Genesis is tightly organised around a series of sevens. There are seven days of creation. The word “good” appears seven times, the word “God” thirty-five times, and the word “earth” twenty-one times. The opening verse of Genesis contains seven words, the second fourteen, and the three concluding verses 35 words. The complete text is 469 (7×67) words.

So, first conclusion: the language and construction of the two passages is meant to direct us to a comparison. The Israelites’ creation of the Mishkan was a counterpart of God’s creation of the universe. But how? How compare a tiny building with the entire universe? And how compare the assembly of pre-existing materials with the Divine creation of something from nothing?

We need another step. The first chapter of Genesis describes God creating a universe of order.

For the first three days He created domains: day and night, upper and lower waters, and sea and dry land. On the next three days He placed the appropriate objects or life forms in each domain: the sun, moon and stars, birds and fish, animals and humans. At the end of the sixth day we read:

“God saw all that He had made, and it was very good.”

Meaning, each element was good in itself and they were in a balanced relationship with one another. The entire account exudes harmony. In the beginning, God created order.

Then He created humans and they created chaos: first Adam and Eve, then Cain, then the generation of the Flood, to the point at which the Torah tells us that God regretted that He had created humanity on earth (Gen. 6). The story of the opening chapters of Genesis is thus the descent from order to chaos.

We now begin to see what the Tabernacle really was. It was a tikkun, a mending, of the sin of the Golden Calf. The Torah says relatively little about the Calf but a great deal about the Israelites’ behaviour. First they gathered menacingly against Aharon, who seems to have been fearing for his life. Then, once the Calf had been made, they ate and drank and rose “to engage in revelry.” When Moshe came down the mountain he saw the people “running wild, for Aharon had let them run beyond control and become a laughing stock to their enemies.” This is a portrait of chaos. Order had completely broken down. The people had allowed themselves to be swept up, first by fear, then by Dionysiac celebration.

The tikkun for chaos is order. The Tabernacle, with its precisely delineated dimensions and materials, put together from the voluntary contributions of the people, fashioned by a craftsman under divine inspiration, was just that: a microcosm of pure order.

So the end of Exodus is not quite an echo of the beginning of Genesis: it is an antidote to it. If humanity can reduce God’s order to chaos, then humanity must show that it can rescue order from chaos. That is the journey the Israelites must take from the Golden Calf to the making of the Tabernacle. We can travel from chaos to order.

The Golden Calf was the ill-judged, unplanned, chaotic answer to the genuine question the Israelites were asking: what shall we do, here in the middle of the wilderness, without Moshe to act as our intermediary with God? The Mishkan was the real answer. It was the enduring sign that the Divine presence was in their midst, even without a prophet like Moshe. In fact, once the Mishkan was completed and dedicated, Moshe had no further role within it. Its service was led not by Prophets but by Priests. Priests are masters of order.

The Mishkan, the Temple and the synagogue, different though they are, were in place what Shabbat is in time. They both represent an ideal realm of order, the way God wanted our world to be. Entering them we step out of the social world with its conflicts and strife, hostilities and injustices, and find ourselves under the wings of the Divine presence, sensing the harmony of the heavens and the cleansing of the spirit when we come to atone for our sins or offer thanks for our blessings. This is where we can always find God’s indwelling spirit. This is the antidote to the travesty we so often make of God’s world.

There is another reality. I believe that sacred time, Shabbat, and sacred space, the Tabernacle/ Temple/ synagogue, are where the restless soul finds rest; where hearts open and minds soar; where we know we are part of something larger than this time, this place; where if we listen we can hear the song creation sings to its Creator; where we bring our sins and failings to God and are cleansed; where we sense that life has an order we must learn to honour; and where God is close – not at the top of a mountain but here in our midst.

There must be a time and place where we recognise that not all is chaos. That is why Exodus ends with the Mishkan. Freedom exists where order rules.