Elijah and the Still, Small Voice 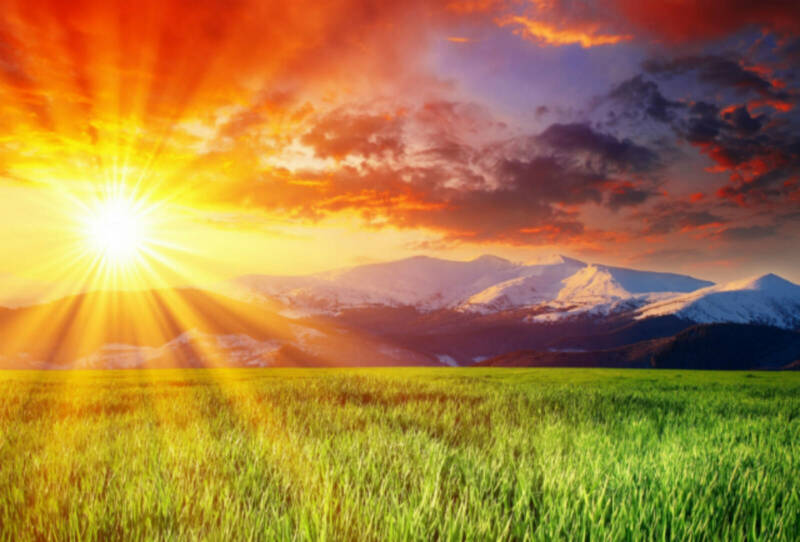 In 1165, an agonising question confronted Moroccan Jewry. A fanatical Muslim sect, the Almohads, had seized power in Morocco and was embarking on a policy of forced conversion to Islam. The Jewish community was faced with a choice: to affirm Islamic faith or die. Some chose martyrdom. Others chose exile. But some acceded to terror and embraced another faith. Inwardly, though, many of the ‘converted’ continued practising Judaism in secret. They were the anusim, conversos, Crypto-Jews, or as the Spanish were later to call them, the marranos.

To other Jews, they posed a formidable moral problem. How were they to be viewed? Outwardly, they had betrayed their community and their religious heritage. Besides, their example was demoralising. It weakened the resolve of Jews who were determined to resist, come what may. Yet many of the Crypto-Jews still wished to remain Jewish, secretly fulfilling the commandments and, when they could, attending the synagogue and praying.

One of the converted addressed this question to a Rabbi. He had, he said, converted under coercion, but he remained at heart a faithful Jew. Could he obtain merit by observing in private as many of the Torah’s precepts as possible? Was there, in other words, hope left for him as a Jew? The Rabbi’s reply was emphatic. A Jew who had embraced Islam had forfeited membership in the Jewish community. He was no longer part of the house of Israel. For such a person to fulfil the commandments was meaningless. Worse, it was a sin. The choice was stark and absolute: to be or not to be a Jew. If you choose to be a Jew, you should be prepared to suffer death rather than compromise. If you choose not to be a Jew, then you must not seek to re-enter the house you deserted.

We can respect the firmness of the Rabbi’s stance. He set out, without equivocation, the moral choice. There are times when heroism is, for faith, a categorical imperative. Nothing less will do. His reply, though harsh, is not without courage. But another Rabbi disagreed.

The name of the first Rabbi is lost to us, but that of the second is not. He was Moses Maimonides, the greatest Rabbi of the Middle Ages. Maimonides was no stranger to religious persecution. Born in Cordova in 1135, he had been forced to leave, along with his family, some thirteen years later when the city fell to the Almohads. Twelve years were spent in wandering. In 1160, a temporary liberalisation of Almohad rule allowed the family to settle in Morocco. Within five years he was forced to move again, settling first in the land of Israel and ultimately in Egypt.

Maimonides was so incensed by the Rabbi’s reply to the forced convert that he wrote a response of his own. In it, he frankly disassociates himself from the earlier ruling and castigates its author whom he describes as a ‘self-styled sage who has never experienced what so many Jewish communities had to endure in the way of persecution’.

Maimonides’ reply, the Iggeret ha-Shemad (‘Epistle on Forced Conversion’), is a substantial treatise in its own right.[1] What is striking, given the vehemence with which it begins, is that its conclusions are hardly less demanding than those of the earlier response. If you are faced with religious persecution, says Maimonides, you must leave and settle elsewhere. ‘If he is compelled to violate even one precept it is forbidden to stay there. He must leave everything he has and travel day and night until he finds a spot where he can practise his religion.’[2] This is preferable to martyrdom.

Nonetheless, one who chooses to go to their death rather than renounce their faith ‘has done what is good and proper’[3] for they have given their life for the sanctity of God. What is unacceptable is to stay and excuse oneself on the grounds that if one sins, one does so only under pressure. To do this is to profane God’s name, ‘not exactly willingly, but almost so’.

These are Maimonides’ conclusions. But surrounding them and constituting the main thrust of his argument is a sustained defence of those who have done precisely what Maimonides has ruled they should not do. The letter gives Crypto-Jews hope. They have done wrong. But it is a forgivable wrong. They acted under coercion and the fear of death. They remain Jews. The acts they do as Jews still win favour in the eyes of God. Indeed doubly so, for when they fulfil a commandment it cannot be to win favour of the eyes of others. They know that when they act as Jews they risk discovery and death. Their secret adherence has a heroism of its own.

What was wrong in the first Rabbi’s ruling was his insistence that a Jew who yields to terror has forsaken their faith and is to be excluded from the community. Maimonides insists that it is not so. ‘It is not right to alienate, scorn and hate people who desecrate the Sabbath. It is our duty to befriend them and encourage them to fulfil the commandments.’[4] In a daring stroke of interpretation, he quotes the verse, ‘Do not despise a thief if he steals to satisfy his hunger when he is starving.’ (Proverbs 6:30) The Crypto-Jews who come to the synagogue are hungry for Jewish prayer. They ‘steal’ moments of belonging. They should not be despised but welcomed.

This epistle is a masterly example of that most difficult of moral challenges: to combine prescription and compassion. Maimonides leaves us in no doubt as to what he believes Jews should do. But at the same time he is uncompromising in his defence of those who fail to do it. He does not endorse what they have done. But he defends who they are. He asks us to understand their situation. He gives them grounds for self-respect. He holds the doors of the community open.

The argument reaches a climax as Maimonides quotes a remarkable sequence of midrashic passages whose theme is that prophets must not condemn their people, but rather defend them before God. When Moses, charged with leading the people out of Egypt, replied, ‘But they will not believe me’ (Exodus 4:1) ostensibly he was justified. The subsequent biblical narrative suggests that Moses’ doubts were well founded. The Israelites were a difficult people to lead. But the Midrash says that God replied to Moses, ‘They are believers and the children of believers, but you [Moses] will ultimately not believe.’ (Shabbat 97a)

Maimonides cites a series of similar passages and then says: If this is the punishment meted out to the pillars of the universe, the greatest of the prophets, because they briefly criticised the people – even though they were guilty of the sins of which they were accused – can we envisage the punishment awaiting those who criticise the conversos, who under threat of death and without abandoning their faith, confessed to another religion in which they did not believe?

In the course of his analysis, Maimonides turns to the Prophet Elijah and the text that usually forms this week’s haftarah. Under the reign of Ahab and Jezebel, Baal worship had become the official cult. God’s prophets were being killed. Those who survived were in hiding. Elijah responded by issuing a public challenge at Mount Carmel. Facing four hundred of Baal’s representatives, he was determined to settle the question of religious truth once and for all.

He told the assembled people to choose one way or another: for God or for Baal. They must no longer ‘halt between two opinions.’ Truth was about to be decided by a test. If it lay with Baal, fire would consume the offering prepared by its priests. If it lay with God, fire would descend to Elijah’s offering.

Elijah won the confrontation. The people cried out, ‘The Lord, He is God.’ The priests of Baal were routed. But the story does not end there. Jezebel issues a warrant for his death. Elijah escapes to Mount Horeb. There he receives a strange vision, as seen as the beginning of this week’s essay. He is led to understand that God speaks only in the ‘still, small voice’.

The episode is enigmatic. It is made all the more so by a strange feature of the text. Immediately before the vision, God asks, ‘What are you doing here, Elijah?’ and Elijah replies, ‘I am moved by zeal for the Lord, the God of Hosts….’ (I Kings 19:9-10). Immediately after the vision, God asks the same question, and Elijah gives the same answer (I Kings 19:13-14). The Midrash turns the text into a dialogue:

Elijah: The Israelites have broken God’s covenant.
God: Is it then your covenant?
Elijah: They have torn down Your altars.
God: But were they your altars?
Elijah: They have put Your prophets to the sword.
God: But you are alive.
Elijah: I alone am left.
God: Instead of hurling accusations against Israel, should you not have pleaded their cause?[5]

The meaning of the Midrash is clear. The zealot takes the part of God. But God expects His prophets to be defenders, not accusers. The repeated question and answer is now to be understood in its tragic depth. Elijah declares himself to be zealous for God. He is shown that God is not disclosed in dramatic confrontation: not in the whirlwind or the earthquake or the fire. God now asks him again, ‘What are you doing here, Elijah?’ Elijah repeats that he is zealous for God. He has not understood that religious leadership calls for another kind of virtue, the way of the still, small voice. God now indicates that someone else must lead. Elijah must hand his mantle on to Elisha.

In turbulent times, there is an almost overwhelming temptation for religious leaders to be confrontational. Not only must truth be proclaimed but falsehood must be denounced. Choices must be set out as stark divisions. Not to condemn is to condone. The Rabbi who condemned the conversos had faith in his heart, logic on his side and Elijah as his precedent.

But the Midrash and Maimonides set before us another model. A prophet hears not one imperative but two: guidance and compassion, a love of truth and an abiding solidarity with those for whom that truth has become eclipsed. To preserve tradition and at the same time defend those others condemn is the difficult, necessary task of religious leadership in an unreligious age.