Lessons of a Leader 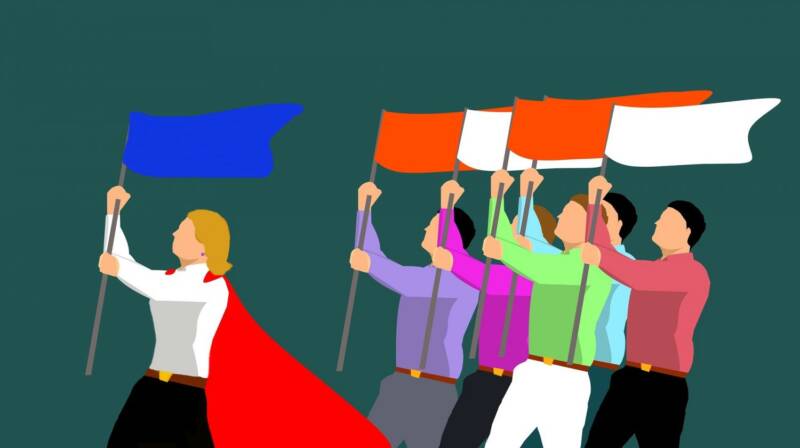 The parsha of Pinchas contains a masterclass on leadership, as Moses confronts his own mortality and asks God to appoint a successor. The great leaders care about succession. In parshat Chayei Sarah we saw Abraham instruct his servant to find a wife for his son Isaac, so that the family of the covenant will continue. King David chose Solomon. Elijah, at God’s bidding, appointed Elisha to carry on his work.

In the case of Moses, the Sages sensed a certain sadness at his realisation that he would not be succeeded by either of his sons, Gershom or Eliezer.[1] Such is the case with Keter Torah, the invisible crown of Torah worn by the Prophets and the Sages. Unlike the crowns of priesthood and kingship, it does not pass dynastically from father to son. Charisma rarely does. What is instructive, though, is the language Moses uses in framing his request:

There are three basic leadership lessons to be learned from this choice of words. The first, noted by Rashi, is implicit in the unusually long description of God as “the Lord, God of the spirits of all flesh.” This means, Rashi explains, “Master of the universe, the character of each person is revealed to You, and no two are alike. Appoint over them a leader who will bear with each person according to their individual character.”[2]

The Rambam says that this is a basic feature of the human condition. Homo sapiens is the most diverse of all life forms. Therefore co-operation is essential – because we are each different, others are strong where we are weak and vice versa – but cohesion is also difficult, because we each respond to challenges in different ways. That is what makes leadership necessary, but also demanding:

This great variety, and the necessity of social life, are essential elements in human nature. But the well-being of society demands that there should be a leader able to regulate the actions of each person; they must complete every shortcoming, remove every excess, and prescribe for the conduct of all, so that the natural variety should be counterbalanced by the uniformity of legislation, and the order of society be well established.[3]

Maimonides, The Guide for the Perplexed, Book 2, Chapter 40.

Leaders respect differences but, like the conductor of an orchestra, integrate them, ensuring that the many different instruments play their part in harmony with the rest. True leaders do not seek to impose uniformity. They honour diversity.

The second hint is contained in the word ish, “a person” over the congregation, to which God responds, “Take for yourself Joshua, a person [ish] of spirit (v. 18). The word ish here indicates something other than gender. This can be seen in the two places where the Torah uses the phrase ha-ish Moshe, “the man Moses”:
One is in Exodus:

The man Moses was highly respected [gadol me’od, literally “very great”] in the land of Egypt, in the eyes of Pharaoh’s servants and the people.

The second is in Numbers:

Now the man Moses was very humble [anav me’od], more so than anyone else on the face of the earth.

Note the two characteristics, seemingly opposed – great and humble – both of which Moses had in high degree (me’od, “very”). This is the combination of attributes Rabbi Yochanan attributed to God himself: “Wherever you find God’s greatness, there you find His humility.”[4] Here is one of his proof-texts: “For the Lord your God is God of gods and Lord of lords, the great God, mighty and awesome, who shows no partiality and accepts no bribes. He defends the cause of the orphan and the widow, and loves the stranger residing among you, giving them food and clothing” (Deut. 10:17-18).

An ish in the context of leadership is not a male but rather, someone who is a mensch, a person whose greatness is lightly worn, who cares about the people others often ignore, “the orphan, the widow and the stranger,” who spends as much time with the people at the margins of society as with the elites, who is courteous to everyone equally and who receives respect because they give respect.

The real puzzlement, however, lies in the third clause: “Choose a person over the congregation who will go out before them and come in before them, who will lead them out and bring them in.” This sounds like saying the same thing twice, which the Torah tends not to do. What does it mean?

The Torah is hinting here at one of the most challenging aspects of leadership, namely timing and pace. The first phrase is simple: “who will go out before them and come in before them.” This means that a leader must lead from the front. They cannot be like the apocryphal remark of one British politician: “Of course I follow the party. After all, I am their leader.”[5]

It is the second phrase that is vital: “who will lead them out and bring them in.” This means: a leader must lead from the front, but he or she must not be so far out in front that when they turn around, they find that no one is following. Pace is of the essence. Sometimes a leader can go too fast. That is when tragedies occur.

To take two very different examples: when Margaret Thatcher was Prime Minister she knew she was going to have to confront the miners’ union in a long and bitter struggle. In 1981 they went on strike for a pay rise. Mrs Thatcher immediately made enquiries about the size of coal stocks. She wanted to know how long the country could survive without new supplies of coal. As soon as she discovered that stocks were low, she in effect conceded victory to the miners. She then, very quietly, arranged for coal to be stockpiled. The result was that when the miners went on strike again in 1983, she resisted their demands. There was a prolonged strike, and this time it was the miners who conceded defeat. A battle she could not win in 1981 she was able to win in 1983.

The very different example was that of Israeli Prime Minister Yitzhak Rabin. The peace process he engaged with the Palestinians between 1993 and 1995 was deeply controversial, within Israel and beyond. There was some support but also much opposition. The tension mounted in 1995. In September of that year, I wrote an article in the press giving him my own personal support. At the same time, however, I wrote to him privately saying that I was deeply worried about internal opposition to the plan, and urging him to spend as much time negotiating with his fellow Israeli citizens – specifically the religious Zionists – as with the Palestinians. I did not receive a reply.

On Motzei Shabbat, 4 November 1995, we heard the news that Prime Minister Rabin had been assassinated at a peace rally by a young religious Zionist. I attended the funeral in Jerusalem. Returning the next day, I went straight from the airport to the Israeli ambassador to sit with him and talk to him about the funeral, which he had not been able to attend, having had to stay in London to deal with the media.

As I entered his office, he handed me an envelope, saying, “This has just arrived for you in the diplomatic bag.” It was Yitzhak Rabin’s reply to my letter – one of the last letters he ever wrote. It was a moving re-affirmation of his faith, but tragically by the time it was delivered he was no longer alive. He had pursued peace, as we are commanded to do, but he had gone too fast for those who were not yet prepared to listen.

Moses knew this himself from the episode of the spies. As Maimonides says in The Guide,[6] the task of fighting battles and conquering the land was just too much for a generation born into slavery. It could only be done by their children, those born in freedom. Sometimes a journey that seems small on the map takes forty years.
Respect for diversity, care for the lowly and powerless as well as the powerful and great, and a willingness to go no faster than people can bear – these are three essential attributes of a leader, as Moses knew from experience, and as Joshua learned through long apprenticeship to the great man himself.

[1] That is the implication of the statement that “Moses long to die as did Aaron,” Sifrei, Pinchas, 136, s.v. vayomer.
[2] Rashi to Num. 27:16, based on Tanchuma, Pinchas, 11.
[3] Maimonides, The Guide for the Perplexed, Book 2, Chapter 40.
[4] From the liturgy on Saturday night. The source is Pesikta Zutreta, Eikev.
[5] This statement has been attributed to Benjamin Disraeli, Stanley Baldwin and Alexandre Auguste Ledru-Rollin.
[6] The Guide for the Perplexed, Book 3, chapter 32.