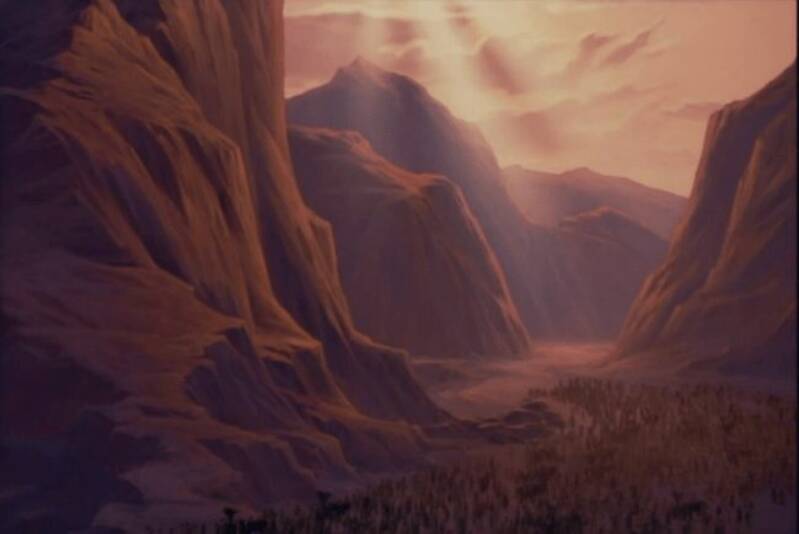 Hidden beneath the surface of parshat Pinchas the Sages uncovered a story of great poignancy. Moses, having seen his sister and brother die, knew that his own time on earth was coming to a close. He prayed to God to appoint a successor: “May the Lord, God of the spirits of all mankind, appoint a man over this community to go out and come in before them, one who will lead them out and bring them in, so the Lord’s people will not be like sheep without a shepherd.”

There is, though, an obvious question. Why does this episode appear here? It should surely have been positioned seven chapters earlier, either at the point at which God told Moses and Aaron that they would die without entering the land, or shortly thereafter when we read of the death of Aaron.

The Sages sensed two clues to the story beneath the story. The first is that it appears immediately after the episode in which the daughters of Tzelophehad sought and were granted their father’s share in the land. It was this that triggered Moses’ request. A Midrash explains:

What was Moses’ reason for making this request after declaring the order of inheritance? Just this, that when the daughters of Tzelophehad inherited from their father, Moses reasoned: the time is right for me to make my own request. If daughters inherit, it is surely right that my sons should inherit my glory.

The second clue lies in God’s words to Moses immediately before he made the request for the appointment of a successor:

Then the Lord said to Moses, “Go up this mountain of Abarim and see the land I have given the Israelites. After you have seen it, you too will be gathered to your people, as your brother Aaron was . . .”

The italicised words are seemingly redundant. God was telling Moses he would soon die. Why did He need to add, “as your brother Aaron”? On this the Midrash says: this teaches us that Moses wanted to die the way Aaron did. The Ktav Sofer explains: Aaron had the privilege of knowing that his children would follow in his footsteps. Elazar, his son, was appointed as High Priest in his lifetime. To this day cohanim are direct descendants of Aaron. Moses likewise longed to see one of his sons, Gershom or Eliezer, take his place as leader of the people. It was not to be. That is the story beneath the story.

It had an aftermath. In the book of Judges we read of a man named Micah who established an idolatrous cult in the territory of Ephraim and hired a Levite to officiate in the shrine. Some men from the tribe of Dan, moving north to find more suitable land for themselves, came upon Micah’s house and seized both the idolatrous artefacts and the Levite, whom they persuaded to become their priest, saying, “Come with us, and be our father and priest. Isn’t it better that you serve a tribe and clan in Israel as priest rather than just one man’s household?”

Only at the end of the story are we told the name of the idolatrous priest: Jonathan son of Gershom son of Moses. In our texts the letter nun has been inserted into the last of these names, so that it can be read as Menasheh rather than Moses. However, the letter, unusually, is written above the line, as a superscription. The Talmud says that the nun was added to avoid besmirching the name of Moses himself, by disclosing that his grandson had become an idolatrous priest.

How are we to explain Moses’ apparent failure with his own children and grandchildren? One suggestion made by the Sages was that it had to do with the fact that for years he lived in Midian with his father in law Jethro who was at the time an idolatrous priest. Something of the Midianite influence re-appeared in Jonathan three generations later.

Alternatively there are hints here and there that Moses himself was so preoccupied with leading the people that he simply did not have time to attend to the spiritual needs of his children. For instance, when Jethro came to visit his son-in-law after the division of the Red Sea, he brought with him Moses’ wife Tzipporah and their two sons. They had not been with him until then.

The rabbis went further in speculating about the reason that Moses’ own sister and brother Aaron and Miriam spoke negatively about him. What they were referring to, said the Sages, is the fact that Moses had physically separated from his wife. He had done so because the nature of his role was such that he had to been in a state of purity the whole time because at any moment he might have to speak or be spoken to by God. They were, in short, complaining that he was neglecting his own family.

A third explanation has to do with the nature of leadership itself. Bureaucratic authority – authority in virtue of office – can be passed down from parent to child. Monarchy is like that. So is aristocracy. So are some forms of religious leadership, like the priesthood. But charismatic authority – in virtue of personal qualities – is never automatically handed on across the generations. Moses was a prophet, and prophecy depends almost entirely on personal qualities. That, incidentally, is why, though kingship and priesthood in Judaism were male prerogatives, prophecy was not. There were prophetesses as well as prophets. In this respect Moses was not unusual. Few charismatic leaders have children who are also charismatic leaders.

A fourth explanation offered by the Sages was quite different. On principle, God did not want the crown of Torah to pass from parent to child in dynastic succession. Kingship and priesthood did. But the crown of Torah, they said, belongs to anyone who chooses to take hold of it and bear its responsibilities. “Moses commanded us the Torah as an inheritance of the congregation of Jacob,” meaning that it belongs to all of us, not just an elite. The Talmud elaborates:

In other words, the “crown of Torah” was deliberately not hereditary because it might become the prerogative of the rich. Or because children of great scholars might take their inheritance for granted. Or because it could lead to arrogance and contempt for others. Or because learning itself might become a mere intellectual pursuit rather than a spiritual exercise (“they do not first utter a blessing over the Torah”).

However, there is a fifth factor worthy of consideration. Some of the greatest figures in Jewish history did not succeed with all their children. Abraham fathered Ishmael. Isaac and Rebecca gave birth to Esau. All twelve of Jacob’s children stayed within the fold, but three of them – Reuben, Shimon and Levi – disappointed their father. Of Shimon and Levi he said, “Let my soul not enter their plot; let my spirit not unite with their meeting” (Gen. 49:6). On the face of it, he was dissociating himself from them.[1] Nonetheless, the three great leaders of the Israelites throughout the exodus – Moses, Aaron and Miriam – were all children of Levi.

Solomon gave birth to Rehoboam, whose disastrous leadership divided the kingdom. Hezekiah, one of Judah’s greatest kings, was the father of Menasheh, one of the worst. Not all parents succeed with all their children all the time. How could it be otherwise? We each possess freedom. We are each, to some extent, who we chose to become. Neither genes nor upbringing can guarantee that we become the person our parents want us to be. Nor is it right that parents should over-impose their will on children who have reached the age of maturity.

Often this is for the best. Abraham did not become an idolater like his father Terach. Menasheh, the archetypal evil king, was grandfather to Josiah, one of the best. These are important facts. Judaism places parenthood, education and the home at the heart of its values. One of our first duties is to ensure that our children know about and come to love our religious heritage. But sometimes we fail. Children may go their own way, which is not ours. If this happens to us we should not be paralysed with guilt. Not everyone succeeded with all their children, not even Abraham or Moses or David or Solomon. Not even God himself. “I have raised children and brought them up but they have rebelled against Me” (Is. 1:2).

Two things rescued the story of Moses and his children from tragedy. The book of Chronicles (1 Chron. 23:16, 24:20) refers to Gershom’s son not as Jonathan but as Shevual or Shuvael, which the rabbis translated as “return to God”. In other words, Jonathan eventually repented of his idolatry and became again a faithful Jew. However far a child has drifted, he or she may in the course of time come back.

The other is hinted at in the genealogy in Numbers 3. It begins with the words, “These are the children of Aaron and Moses,” but goes on to list only Aaron’s children. On this the rabbis say that because Moses taught Aaron’s children they were regarded as his own. In general, “disciples” are called “children”.

We may not all have children. Even if we do, we may, despite our best endeavours, find them at least temporarily following a different path. But we can all leave something behind us that will live on. Some do so by following Moses’ example: teaching, facilitating or encouraging the next generation. Some do so in line with the rabbinic statement that “the real offspring of the righteous are good deeds.”[2]

When our children follow our path we should be grateful. When they go beyond us, we should give special thanks to God. And when they choose another way, we must be patient, knowing that the greatest Jew of all time had the same experience with one of his grandchildren. And we must never give up hope. Moses’ grandson returned. In almost the last words of the last of the prophets, Malachi foresaw a time when God “will turn the hearts of the fathers to their children, and the hearts of the children to their fathers.” The estranged will be reunited in faith and love.

[1] Note however that Rashi interprets the curse as limited specifically to Zimri descendant of Shimon, and Korach, descendant of Levi.
[2] Rashi to Gen. 6:9.