The Deep Power of Joy 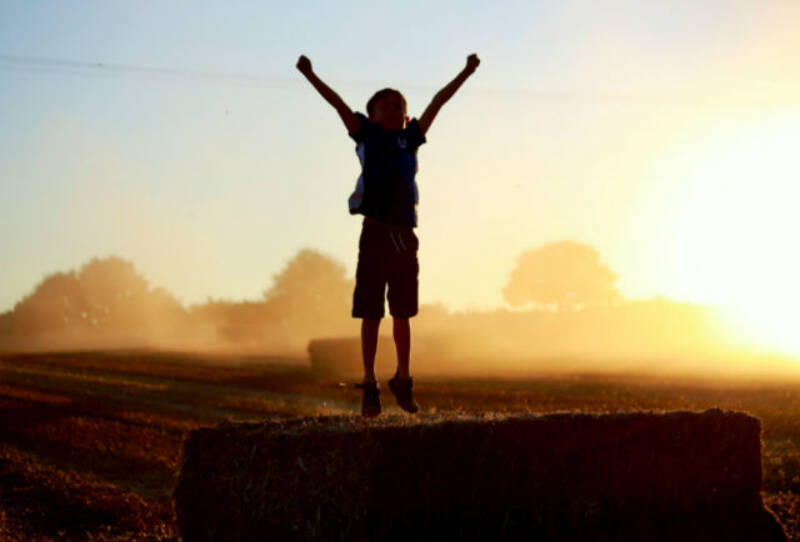 On 14 October 1663 the famous diarist Samuel Pepys paid a visit to the Spanish and Portuguese Synagogue in Creechurch Lane in the city of London. Jews had been exiled from England in 1290 but in 1656, following an intercession by Rabbi Menasseh ben Israel of Amsterdam, Oliver Cromwell concluded that there was in fact no legal barrier to Jews living there. So for the first time since the thirteenth century Jews were able to worship openly.

The first synagogue, the one Pepys visited, was simply a private house belonging to a successful Portuguese Jewish merchant, Antonio Fernandez Carvajal, that had been extended to house the congregation. Pepys had been in the synagogue once before, at the memorial service for Carvajal who died in 1659. That occasion had been sombre and decorous. What he saw on his second visit was something else altogether, a scene of celebration that left him scandalised. This is what he wrote in his diary:

… after dinner my wife and I, by Mr. Rawlinson’s conduct, to the Jewish Synagogue: where the men and boys in their vayles (i.e. tallitot), and the women behind a lattice out of sight; and some things stand up, which I believe is their Law, in a press (i.e. the Aron) to which all coming in do bow; and at the putting on their vayles do say something, to which others that hear him do cry Amen, and the party do kiss his vayle. Their service all in a singing way, and in Hebrew. And anon their Laws that they take out of the press are carried by several men, four or five several burthens in all, and they do relieve one another; and whether it is that every one desires to have the carrying of it, I cannot tell, thus they carried it round about the room while such a service is singing …  But, Lord! to see the disorder, laughing, sporting, and no attention, but confusion in all their service, more like brutes than people knowing the true God, would make a man forswear ever seeing them more and indeed I never did see so much, or could have imagined there had been any religion in the whole world so absurdly performed as this.

Poor Pepys. No one told him that the day he chose to come to the synagogue was Simchat Torah, nor had he ever seen in a house of worship anything like the exuberant joy of the day when we dance with the Torah scroll as if the world was a wedding and the book a bride, with the same abandon as King David when he brought the holy ark into Jerusalem.

Joy is not the first word that naturally comes to mind when we think of the severity of Judaism as a moral code or the tear-stained pages of Jewish history. As Jews we have degrees in misery, postgraduate qualifications in guilt, and gold-medal performances in wailing and lamentation. Someone once summed up the Jewish festivals in three sentences: “They tried to kill us. We survived. Let’s eat.” Yet in truth what shines through so many of the psalms is pure, radiant joy. And joy is one of the keywords of the book of Devarim. The root s-m-ch appears once each in Genesis, Exodus, Leviticus and Numbers, but twelve times in Devarim, seven of them in our parsha.

What Moses says again and again is that joy is what we should feel in the land of Israel, the land given to us by God, the place to which the whole of Jewish life since the days of Abraham and Sarah has been a journey. The vast universe with its myriad galaxies and stars is God’s work of art, but within it planet earth, and within that the land of Israel, and the sacred city of Jerusalem, is where He is closest, where His presence lingers in the air, where the sky is the blue of heaven and the stones are a golden throne. There, said Moses, in “the place the Lord your God will choose … to place His Name there for His dwelling” (Deut. 12:5), you will celebrate the love between a small and otherwise insignificant people and the God who, taking them as His own, lifted them to greatness.

It will be there, said Moses, that the entire tangled narrative of Jewish history would become lucid, where a whole people – “you, your sons and daughters, your male and female servants, and the Levites from your towns, who have no hereditary portion with you” – will sing together, worship together and celebrate the festivals together, knowing that history is not about empire or conquest, nor society about hierarchy and power, that commoner and king, Israelite and priest are all equal in the sight of God, all voices in his holy choir, all dancers in the circle at whose centre is the radiance of the Divine. This is what the covenant is about: the transformation of the human condition through what Wordsworth called “the deep power of joy.”[1]

Happiness (in Greek eudaemonia), Aristotle said, is the ultimate purpose of human existence. We desire many things, but usually as a means to something else. Only one thing is always desirable in itself and never for the sake of something else, namely happiness.[2]

There is such a sentiment in Judaism. The biblical word for happiness, Ashrei, is the first word of the book of Psalms and a key word of our daily prayers. But far more often, Tanach speaks about simchah, joy – and they are different things. Happiness is something you can feel alone, but joy, in Tanach, is something you share with others. For the first year of marriage, rules Devarim (24:5) a husband must “stay at home and bring joy to the wife he has married.” Bringing first-fruits to the Temple, “You and the Levite and the stranger living among you shall rejoice in all the good things the Lord your God has given to you and your household” (26:11). In one of the most extraordinary lines in the Torah, Moses says that curses will befall the nation not because they served idols or abandoned God but “Because you did not serve the Lord your God with joy and gladness out of the abundance of all things” (28:47). A failure to rejoice is the first sign of decadence and decay.

There are other differences. Happiness is about a lifetime but joy lives in the moment. Happiness tends to be a cool emotion, but joy makes you want to dance and sing. It’s hard to feel happy in the midst of uncertainty. But you can still feel joy. King David in the Psalms spoke of danger, fear, dejection, sometimes even despair, but his songs usually end in the major key:

For His anger lasts only a moment,
but His favour lasts a lifetime;
weeping may stay for the night,
but rejoicing comes in the morning …
You turned my wailing into dancing;
you removed my sackcloth and clothed me with joy,
that my heart may sing your praises and not be silent.
Lord my God, I will praise you forever.

In Judaism joy is the supreme religious emotion. Here we are, in a world filled with beauty. Every breath we breath is the spirit of God within us. Around us is the love that moves the sun and all the stars. We are here because someone wanted us to be. The soul that celebrates, sings.

And yes, life is full of grief and disappointments, problems and pains, but beneath it all is the wonder that we are here, in a universe filled with beauty, among people each of whom carries within them a trace of the face of God. Robert Louis Stevenson rightly said: “Find out where joy resides and give it a voice far beyond singing. For to miss the joy is to miss all.”

In Judaism, faith is not a rival to science, an attempt to explain the universe. It’s a sense of wonder, born in a feeling of gratitude. Judaism is about taking life in both hands and making a blessing over it. It is as if God had said to us: I made all this for you. This is my gift. Enjoy it and help others to enjoy it also. Wherever you can, heal some of the pain that people inflict on one another, or the thousand natural shocks that flesh is heir to. Because pain, sadness, fear, anger, envy, resentment, these are things that cloud your vision and separate you from others and from Me.

Kierkegaard once wrote: “It takes moral courage to grieve. It takes religious courage to rejoice.”[3] I believe that with all my heart. So I am moved by the way Jews, who know what it is to walk through the valley of the shadow of death, still see joy as the supreme religious emotion. Every day we begin our morning prayers with a litany of thanks, that we are here, with a world to live in, family and friends to love and be loved by, about to start a day full of possibilities, in which, by acts of loving kindness, we allow God’s presence to flow through us into the lives of others. Joy helps heal some of the wounds of our injured, troubled world.