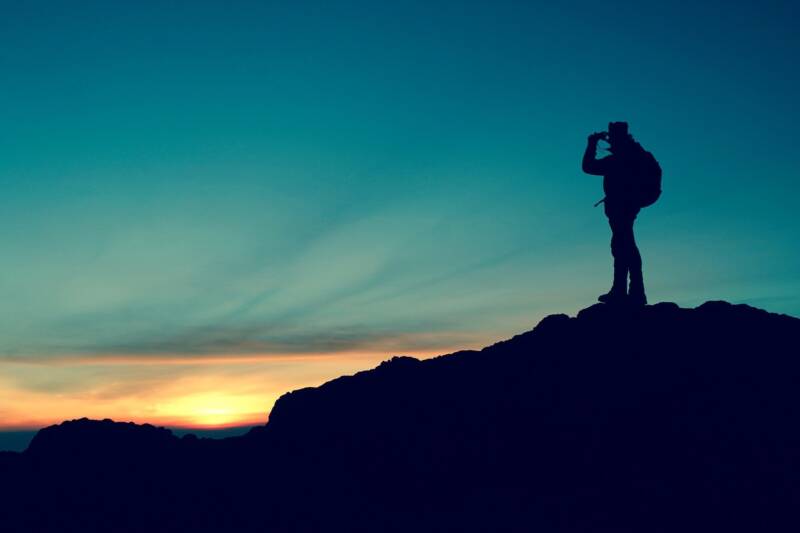 One of the gifts of great leaders, and one from which each of us can learn, is that they frame reality for the group. They define its situation. They specify its aims. They articulate its choices. They tell us where we are and where we are going in a way no satellite navigation system could. They show us the map and the destination, and help us see why we should choose this route not that. That is one of their most magisterial roles, and no one did it more powerfully than did Moses in the book of Deuteronomy.

Here is how he does it at the beginning of this week’s parsha:

Here, in even more powerful words, is how Moses puts it later in the book:

See, I set before you today life and the good, death and the bad… I call Heaven and Earth as witnesses today against you, that I have set before you life and death, the blessing and the curse. Therefore choose life, so you and your children may live.

What Moses is doing here is defining reality for the next generation and for all generations. He is doing so as a preface to what is about to follow in the next many chapters, namely a systematic restatement of Jewish law covering all aspects of life for the new nation in its land.

Moses does not want the people to lose the big picture by being overwhelmed by the details. Jewish law with its 613 commands is detailed. It aims at the sanctification of all aspects of life, from daily ritual to the very structure of society and its institutions. Its aim is to shape a social world in which we turn even seemingly secular occasions into encounters with the Divine Presence. Despite the details, says Moses, the choice I set before you is really quite simple.

We, he tells the next generation, are unique. We are a small nation. We have not the numbers, the wealth, nor the sophisticated weaponry of the great empires. We are smaller even than many of our neighbouring nations. As of now we do not even have a land. But we are different, and that difference defines, once and for all, who we are and why. God has chosen to make us His stake in history. He set us free from slavery and took us as His own covenantal partner.

This is not because of our merits. “It is not because of your righteousness or your integrity that you are going in to take possession of their land.” (Deut. 9:5) We are not more righteous than others, said Moses. It is because our ancestors – Abraham, Isaac, Jacob, Sarah, Rebecca, Rachel and Leah – were the first people to heed the call of the one God and follow Him, worshipping not nature but the Creator of nature, not power but justice and compassion, not hierarchy but a society of equal dignity that includes within its ambit of concern the widow, the orphan and the stranger.

Do not think, says Moses, that we can survive as a nation among nations, worshipping what they worship and living as they live. If we do, we will be subject to the universal law that has governed the fate of nations from the dawn of civilisation to today. Nations are born, they grow, they flourish; they become complacent, then corrupt, then divided, then defeated, then they die, to be remembered only in history books and museums. In the case of Israel, small and intensely vulnerable, that fate will happen sooner rather than later. That is what Moses calls “the curse.”

The alternative is simple – even though it is demanding and detailed. It means taking God as our Sovereign, Judge of our deeds, Framer of our laws, Author of our liberty, Defender of our destiny, Object of our worship and our love. If we predicate our existence on something – some One – vastly greater than ourselves then we will be lifted higher than we could reach by ourselves. But that demands total loyalty to God and His law. That is the only way we will avoid decay, decline and defeat.

There is nothing puritanical about this vision. Two of the key words of Deuteronomy are love and joy. The word “love” (the root a-h-v) appears twice in Exodus, twice in Leviticus, not all in Numbers, but 23 times in Deuteronomy. The word “joy” (with the root s-m-ch) appears only once in Genesis, once in Exodus, once in Leviticus, once in Numbers but twelve times in Deuteronomy. Moses does not hide the fact, though, that life under the covenant will be demanding. Neither love nor joy come on a social scale without codes of self-restraint and commitment to the common good.

Moses knows that people often think and act in short-term ways, preferring today’s pleasure to tomorrow’s happiness, personal advantage to the good of society as a whole. They do foolish things, individually and collectively. So throughout Devarim he insists time and again that the road to long-term flourishing – the ‘good,’ the ‘blessing,’ life itself – consists in making one simple choice: accept God as your Sovereign, do His will, and blessings will follow. If not, sooner or later you will be conquered and dispersed and you will suffer more than you can imagine. Thus Moses defined reality for the Israelites of his time and all time.

What has this to do with leadership? The answer is that the meaning of events is never self-evident. It is always subject to interpretation. Sometimes, out of folly or fear or failure of imagination, leaders get it wrong. Neville Chamberlain defined the challenge of the rise to power of Nazi Germany as the search for “peace in our time.” It took a Churchill to realise that this was wrong, and that the real challenge was the defence of liberty against tyranny.

In Abraham Lincoln’s day there were any number of people for and against slavery but it took Lincoln to define the abolition of slavery as the necessary step to the preservation of the union. It was that larger vision that allowed him to say, in the Second Inaugural, “With malice toward none, with charity for all, with firmness in the right as God gives us to see the right, let us strive on to finish the work we are in, to bind up the nation’s wounds.”[1] He allowed neither abolition itself, nor the end of the Civil War, to be seen as a victory for one side over the other but instead defined it as a victory for the nation as a whole.

I explained in my book on religion and science, The Great Partnership,[2] that there is a difference between the cause of something and its meaning. The search for causes is the task of explanation. The search for meaning is the work of interpretation. Science can explain but it cannot interpret. Were the Ten Plagues in Egypt a natural sequence of events, or Divine punishment, or both? There is no scientific experiment that could resolve this question. Was the division of the Red Sea a Divine intervention in history or a freak easterly wind exposing a submerged and ancient riverbank? Was the Exodus an act of Divine liberation or a series of lucky coincidences that allowed a group of fugitive slaves to escape? When all the causal explanations have been given, the quality of miracle – an epoch-changing event in which we see the hand of God ­– remains. Culture is not nature. There are causes in nature, but only in culture are there meanings. Homo sapiens is uniquely the culture-creating, meaning-seeking animal, and this affects all we do.

Viktor Frankl used to emphasise that our lives are determined not by what happens to us but by how we respond to what happens to us – and how we respond depends on how we interpret events. Is this disaster the end of my world or is it life calling on me to exercise heroic strength so that I can survive and help others to survive? The same circumstances may be interpreted differently by two people, leading one to despair, the other to heroic endurance. The facts may be the same but the meanings are diametrically different. How we interpret the world affects how we respond to the world, and it is our responses that shape our lives, individually and collectively. That is why, in the famous words of Max De Pree, “The first responsibility of a leader is to define reality.”[3]

Within every family, every community, and every organisation, there are tests, trials and tribulations. Do these lead to arguments, blame and recrimination? Or does the group see them providentially, as a route to some future good (a “descent that leads to an ascent” as the Lubavitcher Rebbe always used to say)? Does it work together to meet the challenge? Much, perhaps all, will depend on how the group defines its reality. This in turn will depend on the leadership or absence of leadership that it has had until now. Strong families and communities have a clear sense of what their ideals are, and they are not blown off-course by the winds of change.

No one did this more powerfully than Moses in the way he monumentally framed the choice: between good and bad, life and death, the blessing and the curse, following God on the one hand, or choosing the values of neighbouring civilisations on the other. That clarity is why the Hittites, Canaanites, Perizzites and Jebusites are no more, while the people of Israel still lives, despite an unparalleled history of circumstantial change.

Who are we? Where are we? What are we trying to achieve and what kind of people do we aspire to be? These are the questions leaders help the group ask and answer, and when a group does so together it is blessed with exceptional resilience and strength.