The Limits of Grief 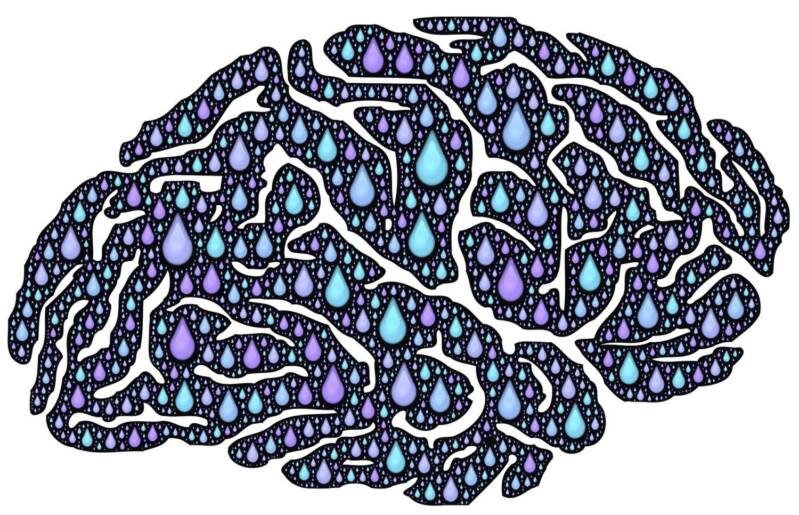 “You are children of the Lord your God. Do not cut yourselves or shave the front of your heads for the dead, for you are a people holy to the Lord your God. Out of all the peoples on the face of the earth, the Lord has chosen you to be His treasured possession”

These words have had a considerable history within Judaism. The first inspired the famous statement of Rabbi Akiva: “Beloved is man because he was created in the image [of God]. Beloved are Israel for they are called children of the All-present” (Avot 3:14). The phrase, “Do not cut yourselves”, was imaginatively applied by the Sages to divisions within the community (Yevamot 14a). A single town should not have two or more religious courts giving different rulings.

The plain sense of these two verses, though, is about behaviour at a time of bereavement. We are commanded not to engage in excessive rituals of grief. To lose a close member of one’s family is a shattering experience. It is as if something of ourselves had died too. Not to grieve is wrong, inhuman: Judaism does not command Stoic indifference in the face of death. But to give way to wild expressions of sorrow – lacerating one’s flesh, tearing out one’s hair – is also wrong. It is, the Torah suggests, not fitting to a holy people; it is the kind of behaviour associated with idolatrous cults. How so, and why so?

Elsewhere in Tanach we are given a glimpse of the kind of behaviour the Torah has in mind. It occurs in the course of the encounter between Elijah and the prophets of Baal on Mount Carmel. Elijah had challenged them to a test: Let us each make a sacrifice and see which of us can bring down fire from heaven. The Baal prophets accept the challenge:

Then they called on the name of Baal from morning till noon. “O Baal, answer us!” they shouted. But there was no response; no one answered. And they danced around the altar they had made. At noon Elijah began to taunt them. “Shout louder!” he said. “Surely he is a god! Perhaps he is deep in thought, or busy, or traveling. Maybe he is sleeping and must be awakened.” So they shouted louder and slashed themselves with swords and spears, as was their custom, until their blood flowed.

This was, of course, not a mourning ritual, but it gives us a graphic sense of the rite of self-laceration. Emil Durkheim provides us with a description of mourning customs among the aborigines of Australia. When a death is announced, men and women begin to run around wildly, howling and weeping, cutting themselves with knives and pointed sticks.

Despite the apparent frenzy, there is a precise set of rules governing this behaviour, depending on whether the mourner is a man or woman, and on his or her kinship relationship with the deceased. “Among the Warramunga, those who slashed their thighs were the maternal grandfather, maternal uncle and wife’s brother of the deceased. Others are required to cut their whiskers and hair and then cover their scalps with pipe clay.” Women lacerate their heads and then apply red-hot sticks to the wounds in order to aggravate them.[1]

(A similar ritual is performed by some Shia Muslims on Ashura, the anniversary of the martyrdom of Imam Hussein, the prophet’s grandson, at Karbala. People flagellate themselves with chains or cut themselves with knives until the blood flows. Some Shia authorities strongly oppose this practice.)

The Torah sees such behaviour as incompatible with kedushah, holiness. What is particularly interesting is to note the two-stage process in which the law is set out. It appears first in Vayikra/Leviticus Chapter 21.

The Lord said to Moses, “Speak to the priests, the sons of Aaron, and say to them: A priest may not defile himself for any of his people who die, except for a close relative . . . They may not shave their heads or shave the edges of their beards or cut their bodies. They must be holy to their God and must not profane the name of their God.”

There it applies specifically to cohanim, priests, on account of their holiness. In Deuteronomy the law is extended to all Israel (the difference between the two books lies in their original audiences: Leviticus is mainly a set of instructions to the priests, Deuteronomy is Moses’ addresses to the whole people). The application to ordinary Israelites of laws of sanctity that apply to priests is part of the democratisation of holiness that is central to the Torah idea of “a kingdom of priests”. The question remains, however: what has restraint in mourning to do with being “children of the Lord your God”, a holy and chosen people?

[1] Ibn Ezra says that just as a father may cause a child pain for his or her long-term good, so God sometimes brings us pain – here, bereavement – which we must accept in trust without an excessive show of grief.
[2] Ramban suggests that it is our belief in the immortality of the soul that is why we should not grieve overmuch. Even so, he adds, we are right to mourn within the parameters set by Jewish law since, even if death is only a parting, every parting is painful.
[3] R. Ovadiah Sforno and Chizkuni say that because we are “children of God” we are never completely orphaned. We may lose our earthly parents but never our ultimate Father; hence there is a limit to grief.
[4] Rabbenu Meyuchas suggests that royalty does not defile itself by undergoing disfiguring injuries (nivul). Thus Israel – children of the supreme King – may not do so either.

Whichever of these explanations speaks most strongly to us, the principle is clear. Here is how Maimonides sets out the law: “Whoever does not mourn the dead in the manner enjoined by the rabbis is cruel [achzari – perhaps a better translation would be, ‘lacking in sensitivity’]” (Hilchot Avel 13:12). At the same time, however, “One should not indulge in excessive grief over one’s dead, for it is said, ‘Weep not for the dead, nor bemoan him’ (Jer. 22:10), that is to say, weep not too much, for that is the way of the world, and he who frets over the way of the world is a fool” (ibid. 13:11).

Halachah, Jewish law, strives to create a balance between too much and too little grief. Hence the various stages of bereavement: aninut (the period between the death and burial), shiva (the week of mourning), sheloshim (thirty days in the case of other relatives) and shanah (a year, in the case of parents). Judaism ordains a precisely calibrated sequence of grief, from the initial, numbing moment of loss itself, to the funeral and the return home, to the period of being comforted by friends and members of the community, to a more extended time during which one does not engage in activities associated with joy.

The more we learn about the psychology of bereavement and the stages through which we must pass before loss is healed, so the wisdom of Judaism’s ancient laws and customs has become ever more clear. As it is with individuals, so it is with the people as a whole. Jews have suffered more than most from persecution and tragedy. We have never forgotten these moments. We remember them on our fast days – especially on Tisha B’Av with its literature of lament, the kinot. Yet, with a power of recovery that at times has been almost miraculous, it has never allowed itself to be defeated by grief. One rabbinic passage[2] epitomises the dominant voice within Judaism:

After the Second Temple was destroyed, ascetics multiplied in Israel. They did not eat meat or drink wine . . . Rabbi Joshua told them: “Not to mourn at all is impossible, for it has been decreed. But to mourn too much is also impossible.”

In this anti-traditional age, with its hostility to ritual and its preference for the public display of private emotion (what Philip Rieff, in the 1960s, called “the triumph of the therapeutic”), the idea that grief has its laws and limits sounds strange. Yet almost anyone who has had the misfortune to be bereaved can testify to the profound healing brought about by observance of the laws of avelut (mourning).