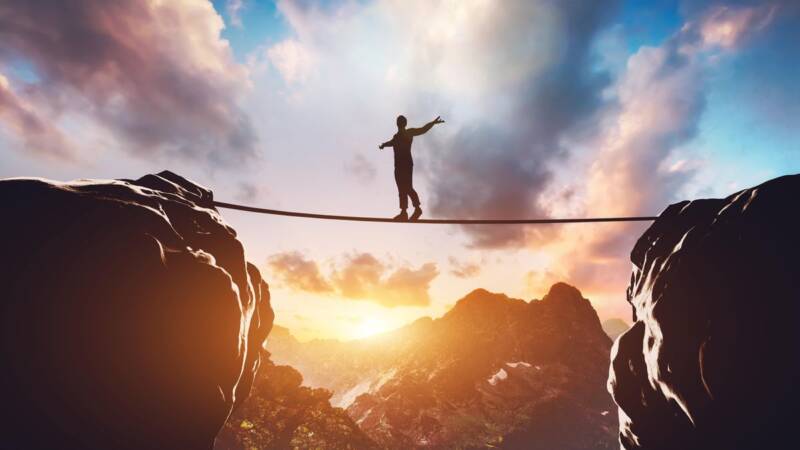 It was perhaps the single greatest collective failure of leadership in the Torah. Ten of the spies whom Moses had sent to spy out the land came back with a report calculated to demoralise the nation.

“We came to the land to which you sent us. It flows with milk and honey, and this is its fruit. However, the people who dwell in the land are strong, and the cities are fortified and very large… We are not able to go up against the people, for they are stronger than we are… The land, through which we have gone to spy it out, is a land that devours its inhabitants, and all the people that we saw in it are of great height… We seemed to ourselves like grasshoppers, and so we seemed to them.”

This was nonsense, and they should have known it. They had left Egypt, the greatest empire of the ancient world, after a series of plagues that brought that great country to its knees. They had crossed the seemingly impenetrable barrier of the Red Sea. They had fought and defeated the Amalekites, a ferocious warrior nation. They had even sung, along with their fellow Israelites, a song at the sea that contained the words:

They should have known that the people of the land were afraid of them, not the other way round. And so it was, as Rahab told the spies sent by Joshua forty years later:

“I know that the Lord has given you the land, and that the fear of you has fallen upon us, and that all the inhabitants of the land melt away before you. For we have heard how the Lord dried up the water of the Red Sea before you when you came out of Egypt, and what you did to the two Kings of the Amorites who were beyond the Jordan, to Sihon and Og, whom you devoted to destruction. And as soon as we heard it, our hearts melted, and there was no spirit left in any man because of you, for the Lord your God, He is God in the Heavens above and on the earth beneath. “

Only Joshua and Caleb among the twelve showed leadership. They told the people that the conquest of the land was eminently achievable because God was with them. The people did not listen. But the two leaders received their reward. They alone of their generation lived to enter the land. More than that: their defiant statement of faith and their refusal to be afraid shines as brightly now as it did thirty-three centuries ago. They are eternal heroes of faith.
One of the fundamental tasks of any leader, from President to parent, is to give people a sense of confidence: in themselves, in the group of which they are a part, and in the mission itself. A leader must have faith in the people they lead, and inspire that faith in them. As Rosabeth Moss Kanter of the Harvard Business School writes in her book Confidence, “Leadership is not about the leader, it is about how he or she builds the confidence of everyone else.”[1] Confidence, by the way, is Latin for “having faith together.”

The truth is that in no small measure a law of self-fulfilling prophecy applies in the human arena. Those who say, “We cannot do it” are probably right, as are those who say, “We can.” If you lack confidence you will lose. If you have it – solid, justified confidence based on preparation and past performance – you will win. Not always, but often enough to triumph over setbacks and failures. That, as mentioned in our study of parshat Beshallach, is what the story of Moses’ hands is about, during the battle against the Amalekites. When the Israelites look up, they win. When they look down they start to lose.

That is why the negative definition of Jewish identity that has so often prevailed in modern times (Jews are the people who are hated, Israel is the nation that is isolated, to be Jewish is to refuse to grant Hitler a posthumous victory) is so misconceived, and why one in two Jews who have been brought up on this doctrine choose to marry out and discontinue the Jewish journey.[2]

Harvard economic historian David Landes, in his The Wealth and Poverty of Nations, explores the question of why some countries fail to grow economically while others succeed spectacularly. After more than 500 pages of close analysis, he reaches this conclusion:

I prefer the word “hope” to “optimism.” Optimism is the belief that things will get better; hope is the belief that together we can make things better. No Jew, knowing Jewish history, can be an optimist, but no Jew worthy of the name abandons hope. The most pessimistic of the Prophets, from Amos to Jeremiah, were still voices of hope. By their defeatism, the spies failed as leaders and as Jews. To be a Jew is to be an agent of hope.

The most remarkable by far of all the commentators on the episode of the spies was the Lubavitcher Rebbe, Rabbi Menachem Mendel Schneerson. He raised the obvious question. The Torah emphasises that the spies were all leaders, princes, heads of tribes. They knew that God was with them, and that with His help there was nothing they could not do. They knew that God would not have promised them a land they could not conquer. Why then did they come back with a negative report?

His answer turns the conventional understanding of the spies upside-down. They were, he said, not afraid of defeat. They were afraid of victory. What they said to the people was one thing, but what led them to say it was another entirely.

What was their situation now, in the wilderness? They lived in close and continuous proximity to God. They drank water from a rock. They ate manna from heaven. They were surrounded by the Clouds of Glory. Miracles accompanied them along the way.

What would be their situation in the land? They would have to fight wars, plough the land, plant seed, gather harvests, create and sustain an army, an economy and a welfare system. They would have to do what every other nation does: live in the real world of empirical space. What would become of their relationship with God? Yes, He would still be present in the rain that made crops grow, in the blessings of field and town, and in the Temple in Jerusalem that they would visit three times a year, but not visibly, intimately, miraculously, as He was in the desert. This is what the spies feared: not failure but success.

This, said the Rebbe, was a noble sin but still a sin. God wants us to live in the real world of nations, economies and armies. God wants us, as He put it, to create “a dwelling place in the lower world.” He wants us to bring the Shechinah, the Divine Presence, into everyday life. It is easy to find God in total seclusion and escape from responsibility. It is hard to find God in the office, in business, in farms and fields and factories and finance. But it is that hard challenge to which we are summoned: to create a space for God in the midst of this physical world that He created and seven times pronounced good. That is what ten of the spies failed to understand, and it was a spiritual failure that condemned an entire generation to forty years of futile wandering.

The Rebbe’s words ring true today even more loudly than they did when he first spoke them. They are a profound statement of the Jewish task. They are also a fine exposition of a concept that entered psychology only relatively recently – fear of success.[4] We are all familiar with the idea of fear of failure. It is what keeps many of us from taking risks, preferring instead to stay within our comfort zone.

No less real, though, is fear of success. We want to succeed: so we tell ourselves and others. But often unconsciously we fear what success may bring: new responsibilities, expectations on the part of others that we may find hard to fulfil, and so on. So we fail to become what we might have become had someone given us faith in ourselves.

The antidote to fear, both of failure and success, lies in the passage with which the parsha ends: the command of tzitzit (Num. 15:38-41). We are commanded to place fringes on our garments, among them a thread of blue. Blue is the colour of the sky and of heaven. Blue is the colour we see when we look up (at least in Israel; in Britain, more often than not we see clouds). When we learn to look up, we overcome our fears. Leaders give people confidence by teaching them to look up. We are not grasshoppers unless we think we are.