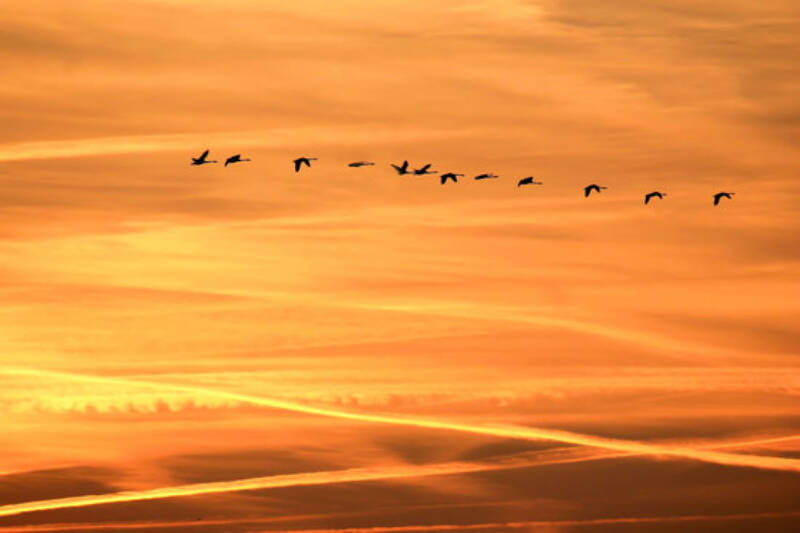 The episode of the spies was one of the most tragic in the entire Torah. Who sent them and to what end is not entirely clear. In this week’s parsha, the text says that it was God who told Moses to do so (Num. 13:1–2). In Deuteronomy (1:22), Moses says that it was the people who made the request. Either way, the result was disaster. An entire generation was deprived of the chance to enter the Promised Land. The entry itself was delayed by forty years. According to the Sages, it cast its shadow long into the future.[1]

Moses told the spies to go and see the land and bring back a report about it: Are the people many or few, strong or weak? What is the land itself like? Are the cities open or fortified? Is the soil fertile? They were also tasked with bringing back some of its fruit. The spies returned with a positive report about the land itself: “It is indeed flowing with milk and honey, and this is its fruit” There then followed one of the most famous ‘buts’ in Jewish history:

But – the people who live there are powerful, and the cities are fortified and very large. We even saw descendants of Anak [‘the giant’] there.

Sensing that their words were demoralising the people, Caleb, one of the spies, interrupted with a message of reassurance: “We should go up and take possession of the land, for we can certainly do it.” However, the other spies insisted: “We cannot attack those people; they are stronger than we are.… All the people we saw there are of great size.… We seemed like grasshoppers…” (Num. 13:30–33). The next day, the people, persuaded that the challenge was completely beyond them, expressed regret that they had ever embarked on the Exodus and said, “Let us appoint a leader and go back to Egypt” (Num. 14:4).

Thus far the narrative. However, it is monumentally difficult to understand. It was this that led the Lubavitcher Rebbe to give a radically revisionary interpretation of the episode.[2] He asked the obvious question. How could ten of the spies come back with a defeatist report? They had seen with their own eyes how God had sent a series of plagues that brought Egypt, the strongest and longest-lived of all the empires of the ancient world, to its knees. They had seen the Egyptian army with its cutting-edge military technology, the horse-drawn chariot, drown in the sea while the Israelites passed through it on dry land. Egypt was far stronger than the Canaanites, Perizzites, Jebusites, and other minor kingdoms that they would have to confront in conquering the land. Nor was this an ancient memory. It had happened not much more than a year before.

What is more, they were entirely wrong about the people of the land. We discover this from the book of Joshua, in the passage read as the haftarah to Shelach Lecha. When Joshua sent spies to Jericho, the woman who sheltered them, Rahab, described for them what her people felt when they heard that that the Israelites were on their way:

I know that the Lord has given this land to you. A great fear of you has fallen on us…We have heard how the Lord dried up the water of the Red Sea for you when you came out of Egypt.… When we heard of it, our hearts melted and everyone’s courage failed because of you, for the Lord your God is God in heaven above and on the earth below.

The people of Jericho were not giants. They were as fearful of the Israelites as the Israelites were of them. Nor was this something that was disclosed only later. The Israelites of Moses’ day had already sung in the Song at the Sea:
The peoples have heard; they tremble;

Pangs have seized the inhabitants of Philistia.
Now are the chiefs of Edom dismayed;
Trembling seizes the leaders of Moab;
All the inhabitants of Canaan have melted away.
Terror and dread fall upon them;
Because of the greatness of Your arm, they are still as a stone.

How was it that they forgot what, not long before, they knew?

What is more, continued the Rebbe, the spies were not people plucked at random from among the population. The Torah states that they were “men who were heads of the People of Israel.” They were leaders. They were not people given lightly to fear. The questions are straightforward, but the answer the Rebbe gave was utterly unexpected. The spies were not afraid of failure, he said. They were afraid of success. Never had a people lived so close to God.

If they entered the land, their lifestyle of camping around the Sanctuary, eating manna from heaven, living in continuous contact with the Shechinah would vanish. They would have to fight battles, maintain an army, create an economy, farm the land, worry about the weather and their crops, and all the other thousand distractions that come from living in the world. What would happen to their closeness to God? They would be preoccupied with mundane and material pursuits. Here they could spend their entire lives learning Torah, lit by the radiance of the Divine. There they would be one more nation in a world of nations with the same kind of economic, social, and political problems that every other nation has to deal with.

They were afraid of success, and the subsequent change it would bring about. They wanted to spend their lives in the closest possible proximity to God. What they did not understand was that God seeks, in the Midrashic phrase, “a dwelling in the lower worlds.”[3] One of the great differences between Judaism and other religions is that while others seek to lift people to heaven, Judaism seeks to bring heaven down to earth.

Much of Torah is about things not conventionally seen as religious at all: labour relations, agriculture, welfare provisions, loans and debts, land ownership, and so on. It is not difficult to have an intense religious experience in the desert, or in a monastic retreat, or in an ashram. Most religions have holy places and holy people who live far removed from the stresses and strains of everyday life. About this there is nothing unusual at all.

But that is not the Jewish project, the Jewish mission. God wanted the Israelites to create a model society where human beings were not treated as slaves, where rulers were not worshipped as demigods, where human dignity was respected, where law was impartially administered to rich and poor alike, where no one was destitute, no one was abandoned to isolation, no one was above the law, and no realm of life was a morality-free zone. That requires a society, and a society needs a land. It requires an economy, an army, fields and flocks, labour and enterprise. All these, in Judaism, become ways of bringing the Shechinah into the shared spaces of our collective life.

The spies did not doubt that Israel could win its battles with the inhabitants of the land. Their concern was not physical but spiritual. They did not want to leave the wilderness. They did not want to become just another nation among the nations of the earth. They did not want to lose their unique relationship with God in the reverberating silence of the desert, far removed from civilisation and its discontents. This was the mistake of deeply religious men – but it was a mistake.

Clearly this is not the plain sense of the narrative, but we should not dismiss it on that account. It is, as it were, a psychoanalytical reading of the unconscious mindset of the spies. They did not want to let go of the intimacy and innocence of the time-out-of-time and place-out-of-place that was the experience of the wilderness. Ultimately the spies feared freedom and its responsibilities.

But Torah is about the responsibilities of freedom. Judaism is not a religion of monastic retreat from the world. It is a religion of engagement with the world. God chose Israel to make His presence visible in the world. Therefore Israel must live in the world. The Jewish people were not without their desert-dwellers and ascetics. The Talmud speaks of R. Shimon b. Yochai living for thirteen years in a cave. When he emerged, he could not bear to see people engaged in such earthly pursuits as ploughing a field (Shabbat 33b). He held that engagement with the world was fundamentally incompatible with the heights of spirituality (Brachot 35b). But the mainstream held otherwise.[4] It maintained that “Torah study without an occupation will in the end fail and lead to sin” (Mishnah Avot 2:2).

Maimonides speaks of people who live as hermits in the desert to escape the corruptions of society.[5] But these were the exceptions, not the rule. It is not the destiny of Israel to live outside time and space as the world’s recluses. Far from being the supreme height of faith, such a fear of freedom and its responsibilities is, according to the Lubavitcher Rebbe, the sin of the spies.

They did not want to contaminate Judaism by bringing it into contact with the real world. They sought the eternal dependency of God’s protection and the endless embrace of His all-encompassing love. There is something noble about this desire, but also something profoundly irresponsible. The spies demoralised the people and provoked the anger of God. The Jewish project – the Torah as the constitution of the Jewish nation under the sovereignty of God – is about building a society in the land of Israel that so honours human dignity and freedom that it will one day lead the world to say, “Surely this great nation is a wise and understanding people” (Deut. 4:6).

The Jewish task is not to fear the real world but to enter and transform it, healing some of its wounds and bringing to places often shrouded in darkness fragments of Divine light.

[1] On the phrase, “the people wept that night” (Num. 14:1), the Talmud says that God vowed, “I will make this a day of weeping throughout the generations.” That day was Tisha B’Av, on which, in later centuries, the First and Second Temples were destroyed (Taanit 29a; Sota 35a).
[2] A translation can be found in Rabbi Menachem M. Schneerson, Torah Studies, adapted by Jonathan Sacks (London: Lubavitch Foundation, 1986), 239–245.
[3] See Midrash Tanchuma, parshat Naso 16.
[4] Brachot 35b cites the view of R. Ishmael as evaluated by Abaye.
[5] Maimonides, Mishneh Torah, Hilchot Deot 6:1; Shemoneh Perakim, ch. 4.