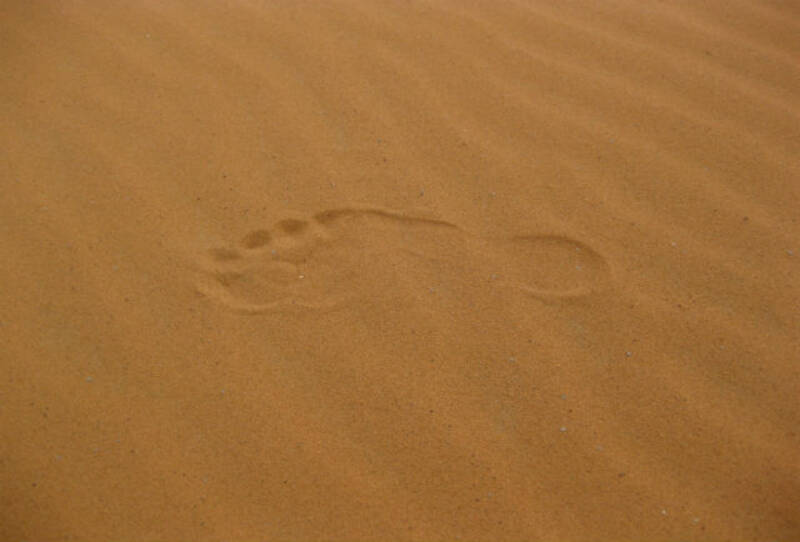 One of the most powerful addresses I ever heard was given by the Lubavitcher Rebbe, Rabbi Menachem Mendel Schneerson, on this week’s parsha: the story of the spies. For me, it was nothing less than life-changing.
He asked the obvious questions. How could ten of the spies have come back with a demoralising, defeatist report? How could they say, we cannot win, the people are stronger than us, their cities are well fortified, they are giants and we are grasshoppers?

They had seen with their own eyes how God had sent a series of plagues that brought Egypt, the strongest and longest-lived of all the empires of the ancient world, to its knees. They had seen the Egyptian army with its cutting-edge military technology, the horse-drawn chariot, drown in the Reed Sea while the Israelites passed through it on dry land. Egypt was far stronger than the Canaanites, Perrizites, Jebusites and other minor kingdoms that they would have to confront in conquering the land. Nor was this an ancient memory. It had happened not much more than a year before.

What is more, they already knew that, far from being giants confronting grasshoppers, the people of the land were terrified of the Israelites. They had said so themselves in the course of singing the Song at the Sea:

The peoples have heard; they tremble;
Pangs have seized the inhabitants of Philistia.
Now are the chiefs of Edom dismayed;
Trembling seizes the leaders of Moab;
All the inhabitants of Canaan have melted away.
Terror and dread fall upon them;
Because of the greatness of your arm, they are still as a stone

What is more, continued the Rebbe, the spies were not people plucked at random from among the population. The Torah states that they were “all of them men who were heads of the people of Israel.” They were leaders. They were not people given lightly to fear.

The questions are straightforward, but the answer the Rebbe gave was utterly unexpected. The spies were not afraid of failure, he said. They were afraid of success.

What was their situation now? They were eating manna from heaven. They were drinking water from a miraculous well. They were surrounded by Clouds of Glory. They were camped around the Sanctuary. They were in continuous contact with the Shechinah. Never had a people lived so close to God.

What would be their situation if they entered the land? They would have to fight battles, maintain an army, create an economy, farm the land, worry about whether there would be enough rain to produce a crop, and all the other thousand distractions that come from living in the world. What would happen to their closeness to God? They would be preoccupied with mundane and material pursuits. Here they could spend their entire lives learning Torah, lit by the radiance of the Divine. There they would be no more than one more nation in a world of nations, with the same kind of economic, social and political problems that every nation has to deal with.

The spies were not afraid of failure. They were afraid of success. Their mistake was the mistake of very holy men. They wanted to spend their lives in the closest possible proximity to God. What they did not understand was that God seeks, in the Hasidic phrase, “a dwelling in the lower worlds”. One of the great differences between Judaism and other religions is that while others seek to lift people to heaven, Judaism seeks to bring heaven down to earth.

Much of Torah is about things not conventionally seen as religious at all: labour relations, agriculture, welfare provisions, loans and debts, land ownership and so on. It is not difficult to have an intense religious experience in the desert, or in a monastic retreat, or in an ashram. Most religions have holy places and holy people who live far removed from the stresses and strains of everyday life. There was one such Jewish sect in Qumran, known to us through the Dead Sea Scrolls, and there were certainly others. About this there is nothing unusual at all.

But that is not the Jewish project, the Jewish mission. God wanted the Israelites to create a model society where human beings were not treated as slaves, where rulers were not worshipped as demigods, where human dignity was respected, where law was impartially administered to rich and poor alike, where no one was destitute, no one was abandoned to isolation, no one was above the law and no realm of life was a morality-free zone. That requires a society, and a society needs a land. It requires an economy, an army, fields and flocks, labour and enterprise. All these, in Judaism, become ways of bringing the Shechinah into the shared spaces of our collective life.

The spies feared success, not failure. It was the mistake of deeply religious men. But it was a mistake.

That is the spiritual challenge of the greatest event in two thousand years of Jewish history: the return of Jews to the land and state of Israel. Perhaps never before and never since has there been a political movement accompanied by so many dreams as Zionism. For some it was the fulfillment of prophetic visions, for others the secular achievement of people who had decided to take history into their own hands. Some saw it as a Tolstoy-like reconnection with land and soil, others a Nietzschean assertion of will and power. Some saw it as a refuge from European antisemitism, others as the first flowering of messianic redemption. Every Zionist thinker had his or her version of utopia, and to a remarkable degree they all came to pass.

But Israel always was something simpler and more basic. Jews have known virtually every fate and circumstance between tragedy and triumph in the almost four thousand years of their history, and they have lived in almost every land on earth. But in all that time there only ever was one place where they could do what they were called on to do from the dawn of their history: to build their own society in accord with their highest ideals, a society that would be different from their neighbours and become a role model of how a society, an economy, an educational system and the administration of welfare could become vehicles for bringing the Divine presence down to earth.

It is not difficult to find God in the wilderness, if you do not eat from the labour of your hands and if you rely on God to fight your battles for you. Ten of the spies, according to the Rebbe, sought to live that way forever. But that, suggested the Rebbe, is not what God wants from us. He wants us to engage with the world. He wants us to heal the sick, feed the hungry, fight injustice with all the power of law, and combat ignorance with universal education. He wants us to show what it is to love the neighbour and the stranger, and say, with Rabbi Akiva, “Beloved is humanity because we are each created in God’s image.”

Jewish spirituality lives in the midst of life itself, the life of society and its institutions. To create it we have to battle with two kinds of fear: fear of failure, and fear of success. Fear of failure is common; fear of success is rarer but no less debilitating. Both come from the reluctance to take risks. Faith is the courage to take risks. It is not certainty; it is the ability to live with uncertainty. It is the ability to hear God saying to us as He said to Abraham, “Walk on ahead of Me” (Gen. 17:1).

The Rebbe lived what he taught. He sent emissaries out to virtually every place on earth where there were Jews. In so doing, he transformed Jewish life. He knew he was asking his followers to take risks, by going to places where the whole environment would be challenging in many ways, but he had faith in them and in God and in the Jewish mission whose place is in the public square where we share our faith with others and do so in deeply practical ways.

It is challenging to leave the desert and go out into the world with all its trials and temptations, but that is where God wants us to be, bringing His spirit to the way we run an economy, a welfare system, a judiciary, a health service and an army, healing some of the wounds of the world and bringing, to places often shrouded in darkness, fragments of Divine light.