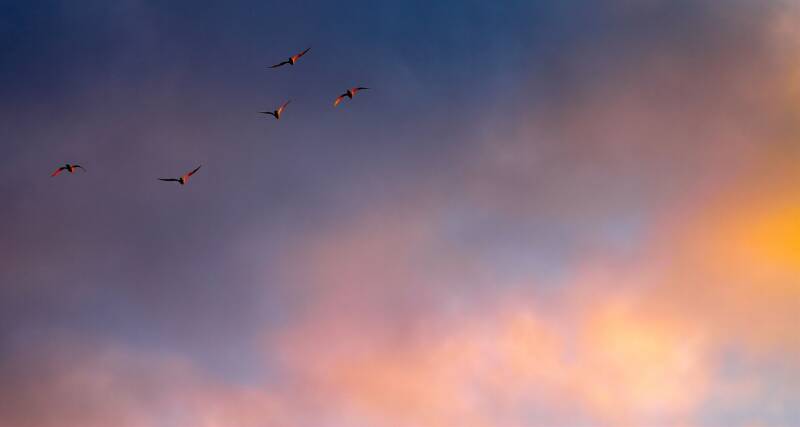 The second half of Exodus and the first part of Leviticus form a carefully structured narrative. The Israelites are commanded to construct a Sanctuary. They carry out the command. This is followed by an account of sacrifices to be offered there. Then, in the first part of today’s sedra, the Kohanim, the Priests, are inducted into office.

What happens next, though, is unexpected: the dietary laws, a list of permitted and forbidden species, animals, fish and birds. What is the logic of these laws? And why are they placed here? What is their connection with the Sanctuary?

The late R. Elie Munk (The Call of the Torah, vol. 2, p. 99) offered a fascinating suggestion. As we have mentioned before in these studies, the Sanctuary was a human counterpart of the cosmos. Several key words in the biblical account of its construction are also key words in the narrative of creation at the beginning of Genesis. The Talmud (Megillah 10b) says about the completion of the Sanctuary, that

“On that day there was joy before the Holy One blessed be He as on the day when Heaven and Earth were created.” The universe is the home God made for humanity. The Sanctuary was the home human beings made for God.

R. Munk reminds us that the first command God gave the first human was a dietary law. “You are free to eat from any tree in the garden; but you must not eat from the tree of the knowledge of good and evil, for when you eat of it you will surely die.” The dietary laws in Shemini parallel the prohibition given to Adam. As then, so now, a new era in the spiritual history of humankind, preceded by an act of creation, is marked by laws about what one may and may not eat.

Why? As with sex, so with eating: these are the most primal activities, shared with many other forms of life. Without sex there is no continuation of the species. Without food, even the individual cannot survive. These, therefore, have been the focus of radically different cultures. On the one hand there are hedonistic cultures in which food and sex are seen as pleasures and pursued as such. On the other are ascetic cultures – marked by monastic seclusion – in which sex is avoided and eating kept to a minimum. The former emphasise the body, the latter the soul. Judaism, by contrast, sees the human situation in terms of integration and balance. We are body and soul. Hence the Judaic imperative, neither hedonistic nor ascetic, but transformative. We are commanded to sanctify the activities of eating and sex. From this flow the dietary laws and the laws of family purity (niddah and mikveh), two key elements of kedushah, the life of holiness.

However, we can go further. Genesis 1 is not the only account of creation in Tanach, the Hebrew Bible. There are several others. One is contained in the last chapters of the Book of Job. It is this that deserves close attention.

Job is the paradigm of the righteous individual who suffers. He loses all he has, for no apparent reason. His companions tell him that he must have sinned. Only this can reconcile his fate with justice. Job maintains his innocence and demands a hearing in the heavenly tribunal. For some 37 chapters the argument rages, then in chapter 38 God addresses Job “out of the whirlwind”. God offers no answers. Instead, for four chapters, He asks questions of His own, rhetorical questions that have no answer: “Where were you when I laid the earth’s foundation? . . . Have you journeyed to the springs of the sea or walked in the recesses of the deep? . . . Does the rain have a father? . . . From whose womb comes the ice?”

God shows Job the whole panoply of creation, but it is a very different view of the universe than that set out in Genesis 1-2. There the centre of the narrative is the human person. He/she is created last; made in God’s image; given dominion over all that lives. In Job 38-41 we see not an anthropocentric, but a theocentric, universe. Job is the only person in Tanach who sees the world, as it were, from God’s point of view.

Particularly striking is the way these chapters deal with the animal kingdom. What Job sees are not domestic animals, but wild, untameable creatures, magnificent in their strength and beauty, living far from and utterly indifferent to humankind:

Do you give the horse his strength or clothe his neck with a flowing mane?
Do you make him leap like a locust, striking terror with his proud snorting? . . .
Does the hawk take flight by your wisdom and spread his wings toward the south?
Does the eagle soar at your command and build his nest on high? . . .
Can you pull in the leviathan with a fishhook or tie down his tongue with a rope?
Can you put a cord through his nose or pierce his jaw with a hook? . . .
Nothing on Earth is His equal – a creature without fear.
He looks down on all that are haughty;
He is King over all that are proud.

This is the most radically non-anthropocentric passage in the Hebrew Bible. It tells us that man is not the centre of the universe, nor are we the measure of all things. Some of the most glorious aspects of nature have nothing to do with human needs, and everything to do with the Divine creation of diversity. One of the few Jewish thinkers to state this clearly was Moses Maimonides:

I consider the following opinion as most correct according to the teaching of the Bible and the results of philosophy, namely that the universe does not exist for man’s sake, but that each being insists for its own sake, and not because of some other thing. Thus we believe in Creation, and yet need not inquire what purpose is served by each species of existing things, because we assume that God created all parts of the universe by His will; some for their own sake, and some for the sake of other beings . . .

Guide for the Perplexed, III:13

Consider how vast are the dimensions and how great the number of these corporeal beings. If the whole of the earth would not constitute even the smallest part of the sphere of the fixed stars, what is the relation of the human species to all these created things, and how can any of us imagine that they exist for his sake and that they are instruments for his benefit?

Guide for the Perplexed, III:14

We now understand what is at stake in the prohibition of certain species of animals, birds and fish, many of them predators like the creatures described in Job 38-41. They exist for their own sake, not for the sake of humankind. The vast universe, and earth itself with the myriad species it contains, has an integrity of its own. Yes, after the Flood, God gave humans permission to eat meat, but this was a concession, as if to say: Kill if you must, but let it be animals, not other humans, that you kill.

With His covenant with the Israelites, God invites humanity to begin a new chapter in history. This is not yet the Garden of Eden, paradise regained. But, with the construction of the Sanctuary – a symbolic home for the Divine presence on earth – something new has begun. One sign of this is the fact that the Israelites are not permitted to kill any and every life-form for food. Some species must be protected, given their freedom, granted their integrity, left unsubjected to human devices and desires. The new creation – the Sanctuary – marks a new dignity for the old creation – especially its wild, untamed creatures. Not everything in the universe was made for human consumption.