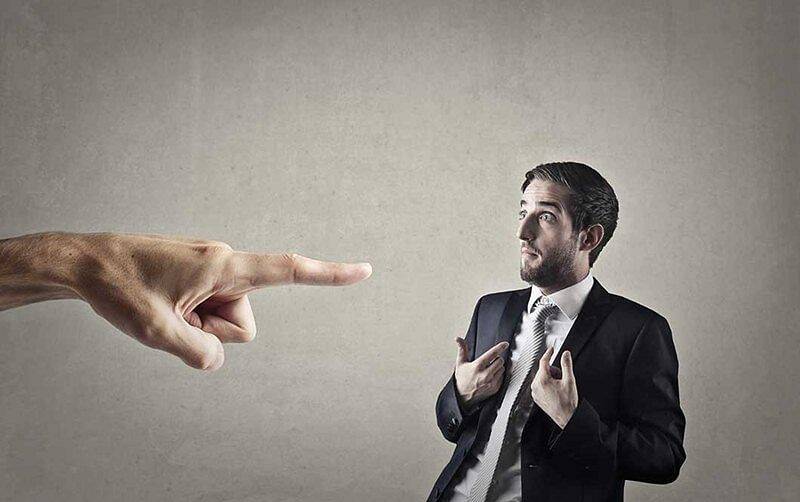 It should have been a day of joy. The Israelites had completed the Mishkan, the Sanctuary. For seven days Moses had made preparations for its consecration.[1] Now on the eighth day – the first of Nissan – one year to the day since the Israelites had received their first command two weeks prior to the Exodus (Ex. 40:2)  – the service of the Sanctuary was about to begin (Lev. 9:1 – 24). The Sages say that in Heaven it was the most joyous day since Creation (Megillah 10b).

But tragedy struck. The two elder sons of Aaron “offered a strange fire that had not been commanded” (Lev. 10:1) and the fire from heaven that should have consumed the sacrifices consumed them as well. They died. Aaron’s joy turned to mourning. “Vayidom Aharon” meaning, “And Aaron was silent.” (Lev. 10:3) The man who had been Moses’ spokesman could not longer speak. Words turned to ash in his mouth.

There is much in this episode that is hard to understand, much that has to do with the concept of holiness and the powerful energies it releases that, like nuclear power today, could be deadly dangerous if not properly used. But there is also a more human story about two approaches to leadership that still resonates with us today.

First there is the story about Aaron. We read about how Moses told him to begin his role as High Priest. “Moses [then] said to Aaron, ‘Approach the altar, and prepare your sin offering and burnt offering, thus atoning for you and the people. Then prepare the people’s offering to atone for them, as God has commanded’” (Lev. 9:7).

The Sages sensed a nuance in the words, “Approach the altar,” as if Aaron was standing at a distance from it, reluctant to come near. They said: “Initially Aaron was ashamed to come close. Moses said to him, ‘Do not be ashamed. This is what you have been chosen to do.’”[2]

Why was Aaron ashamed? Tradition gave two explanations, both brought by Nachmanides in his commentary to the Torah. The first is that Aaron was simply overwhelmed with trepidation at coming so close to the Divine Presence. The second is that Aaron, seeing the “horns” of the altar, was reminded of the Golden Calf, his great sin. How could he, who had played a key role in that terrible event, now take on the role of atoning for the people’s sins? That surely demanded an innocence he no longer had. Moses had to remind him that it was precisely to atone for sins that the altar had been made; and the fact that he had been chosen by God to be High Priest was an unequivocal sign that he had been forgiven.

There is perhaps a third explanation, albeit less spiritual. Until now Aaron had been in all respects second to Moses. Yes, he had been at his side throughout, helping him speak and lead. But there is vast psychological difference between being second-in-command and being a leader in your own right. We probably all know examples of people who quite readily serve in an assisting capacity but who are terrified at the prospect of leading on their own.
Whichever explanation is true – and perhaps they all are – Aaron was reticent at taking on his new role, and Moses had to give him confidence. “This is what you have been chosen to do.”

The other story is the tragic one, of Aaron’s two sons, Nadav and Avihu, who “offered a strange fire, that had not been commanded.” The Sages offered several readings of this episode, all based on a close reading of the several places in the Torah where their death is referred to. Some said they had been drinking alcohol.[3] Others said that they were arrogant, holding themselves up above the community; this was the reason they had never married.[4]
Some say that they were guilty of giving a halachic ruling about the use of man-made fire, instead of asking their teacher Moses whether it was permitted (Eruvin 63a). Others say they were restless in the presence of Moses and Aaron. They said: when will these two old men die and we can lead the congregation? (Sanhedrin 52a)

However we read the episode, it seems clear that they were all too eager to exercise leadership. Carried away by their enthusiasm to play a part in the inauguration, they did something they had not been commanded to do. After all, had Moses not done something entirely on his own initiative, namely breaking the tablets when he came down the mountain and saw the Golden Calf? If he could act spontaneously, why not they?

They forgot the difference between a Priest and a Prophet. As we have seen in previous Covenant & Conversations, a Prophet lives and acts in time – in this moment that is unlike any other. A Priest acts and lives in eternity, by following a set of rules that never change. Everything about “the holy,” the realm of the Priest, is precisely scripted in advance. The holy is the place where God, not man, decides.

Nadav and Avihu failed fully to understand that there are different kinds of leadership and they are not interchangeable. What is appropriate to one may be radically inappropriate to another. A judge is not a politician. A King is not a Prime Minister. A religious leader is not a celebrity seeking popularity. Confuse these roles and not only will you fail, you will also damage the very office you were chosen to hold.

The real contrast here, though, is the difference between Aaron and his two sons. They were, it seems, opposites. Aaron was over-cautious and had to be persuaded by Moses even to begin. Nadav and Avihu were not cautious enough. So keen were they to put their own stamp on the role of priesthood that their impetuosity was their downfall.

These are, perennially, the two challenges leaders must overcome. The first is the reluctance to lead. Why me? Why should I get involved? Why should I undertake the responsibility and all that comes with it – the high levels of stress, the sheer volume of work, and the neverending criticisms leaders always have to face? Besides which, there are other people better qualified and more suited than I am.

Even the greatest were reluctant to lead. Moses at the Burning Bush found reason after reason to show that he was not the man for the job. Isaiah and Jeremiah both felt inadequate. Summoned to lead, Jonah ran away. The challenge really is daunting. But when you feel as if you are being called to a task, if you know that the mission is necessary and important, then there is nothing you can do but say, Hineni, “Here I am.” (Ex. 3:4) In the words of a famous book title, you have to “feel the fear and do it anyway.”[5]

The other challenge is the polar opposite. There are some people who see themselves as rightful leaders. They are convinced that they can do it better than anyone else. We recall the famous remark of Israel’s first President, Chaim Weizmann, that he was head of a nation of a million presidents.

From a distance it seems so easy. Isn’t it obvious that the leader should do X, not Y? Homo sapiens contains many back seat drivers who know better than those whose hands are on the steering wheel. Put them in a position of leadership and they can do great damage. Never having sat in the driver’s seat, they have no idea of how many considerations have to be taken into account, how many voices of opposition have to be overcome, how difficult it is at one and the same time to cope with the pressures of events while not losing sight of long-term ideals and objectives. The late John F. Kennedy said that the worst shock on being elected President was that “when we got to the White House we discovered that things were as bad as we’d been saying they were.” Nothing prepares you for the pressures of leadership when the stakes are high.

Overenthusiastic, overconfident leaders can do great harm. Before they became leaders they understood events through their own perspective. What they did not understand is that leadership involves relating to many perspectives, many interest groups and points of view. That does not mean that you try to satisfy everyone. Those who do so end up satisfying no one. But you have to consult and persuade. Sometimes you need to honour precedent and the traditions of a particular institution. You have to know exactly when to behave as your predecessors did, and when not to. All this calls for considered judgement, not wild enthusiasm in the heat of the moment.

To do anything great we have to be aware of these two temptations. One is the fear of greatness: who am I? The other is being convinced of your greatness: Who are they? I can do it better. We can do great things if (a) the task matters more than the person, (b) we are willing to do our best without thinking ourselves superior to others, and (c) we are willing to take advice, the thing Nadav and Avihu failed to do.

People do not become leaders because they are great. They become great because they are willing to serve as leaders. It does not matter that we think ourselves inadequate. Moses did. So did Aaron. What matters is the willingness, when challenge calls, to say, Hineni, “Here I am.”