On Not Obeying Immoral Orders 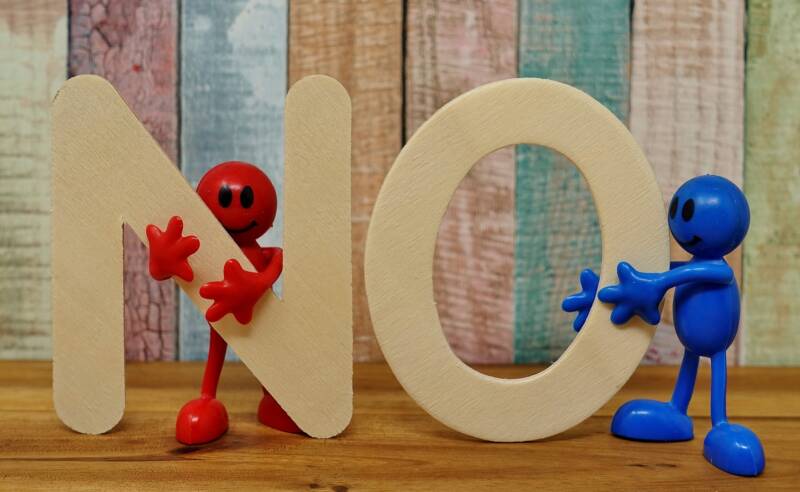 The opening chapters of Exodus plunge us into the midst of epic events. Almost at a stroke the Israelites are transformed from protected minority to slaves. Moses passes from prince of Egypt to Midianite shepherd to leader of the Israelites through a history-changing encounter at the Burning Bush. Yet it is one small, often overlooked episode that deserves to be seen as a turning-point in the history of humanity. Its heroines are two remarkable women, Shifra and Puah.

We do not know who they were. The Torah gives us no further information about them other than that they were midwives, instructed by Pharaoh:

‘When you are helping the Hebrew women during childbirth on the delivery stool, if you see that the baby is a boy, kill him; but if it is a girl, let her live.’

The Hebrew description of the two women as hameyaldot ha’ivriyot is ambiguous. It could mean “the Hebrew midwives”; so most translations and commentaries read it. But it could equally mean, “the midwives to the Hebrews,” in which case they may have been Egyptian. That is how Josephus,[1] Abarbanel and Samuel David Luzzatto understand it, arguing that it is simply implausible to suppose that Hebrew women would have been party to an act of genocide against their own people.

What we do know, however, is that they refused to carry out the order:

“The midwives, however, feared God and did not do what the King of Egypt had told them to do; they let the boys live.”

This is the first recorded instance in history of civil disobedience: refusing to obey an order, given by the most powerful man in the most powerful empire of the ancient world, simply because it was immoral, unethical, inhuman.

The Torah suggests that they did so without fuss or drama. Summoned by Pharaoh to explain their behaviour, they simply replied:

“Hebrew women are not like Egyptian women; they are vigorous and give birth before the midwives arrive.”

To this, Pharaoh had no reply. The matter-of-factness of the entire incident reminds us of one of the most salient findings about the courage of those who saved Jewish lives during the Holocaust. They had little in common except for the fact that they saw nothing remarkable in what they did.[2] Often the mark of real moral heroes is that they do not see themselves as moral heroes. They do what they do because that is what a human being is supposed to do. That is probably the meaning of the statement that they “feared God.” It is the Torah’s generic description of those who have a moral sense.[3]

It took more than three thousand years for what the midwives did to become enshrined in international law. In 1946, the Nazi war criminals on trial at Nuremberg all offered the defence that they were merely obeying orders, given by a duly constituted and democratically elected government. Under the doctrine of national sovereignty every government has the right to issue its own laws and order its own affairs. It took a new legal concept, namely a ‘crime against humanity’, to establish the guilt of the architects and administrators of genocide.

The Nuremberg principle gave legal substance to what the midwives instinctively understood: that there are some orders that should not be obeyed, because they are immoral. Moral law transcends and may override the law of the state. As the Talmud puts it:

The Nuremberg trials were not the first occasion on which the story of the midwives had a significant impact on history. Throughout the Middle Ages the Church, knowing that knowledge is power and therefore preferring to keep it exclusively in the hands of the priesthood, had forbidden vernacular translations of the Bible. In the course of the sixteenth century, three developments changed this irrevocably. First was the Reformation, with its maxim Sola scriptura, “By Scripture alone,” placing the Bible centre-stage in the religious life.

Second was the invention, in the mid-fifteenth century, of printing. Lutherans were convinced that this was Divine Providence. God had sent the printing press so that the doctrines of the Reformed church could be spread worldwide.

Third was the fact that some people, regardless of the ban, had translated the Bible anyway. John Wycliffe and his followers had done so in the fourteenth century, but the most influential rebel was William Tyndale whose translation of the New Testament, begun in 1525, became the first printed Bible in English. He paid for this with his life.

When Queen Mary I took the Church of England back to Catholicism, many English Protestants fled to Calvin’s Geneva, where they produced a new translation, based on Tyndale, called the Geneva Bible. Produced in a small, affordable edition, it was smuggled into England in large numbers. Able to read the Bible by themselves for the first time, people soon discovered that it was, as far as monarchy is concerned, a highly seditious document.

It tells of how God told Samuel that in seeking to appoint a King, the Israelites were rejecting Him as their only Sovereign. It describes graphically how the Prophets were unafraid to challenge Kings, which they did with the authority of God Himself. And it told the story of the midwives who refused to carry out Pharaoh’s order. On this, in a marginal note, the Geneva Bible endorses their refusal, criticising only the fact that, in explaining their behaviour, they told a lie. The note says, “Their disobedience herein was lawful, but their dissembling evil.”

King James understood clearly the dire implication of that one sentence. It meant that a King could be disobeyed on the authority of God Himself: a clear and categorical refutation of the idea of the Divine right of Kings.[4] Eventually, unable to stop the spread of Bibles in translation, King James decided to commission his own version which appeared in 1611. But by then the damage had been done and the seeds of what became the English revolution had been planted. Throughout the seventeenth century, by far the most influential force in English politics was the Hebrew Bible as understood by the Puritans, and it was the Pilgrim Fathers who took this faith with them on their journey to what would eventually become the United States of America.

A century and a half later, it was the work of another English radical, Thomas Paine, that made a decisive impact on the American revolution. His pamphlet, Common Sense, was published in America in January 1776 and became an instant best seller, selling 100,000 copies almost immediately. Its impact was huge, and because of it he became known as “the father of the American Revolution.” Despite the fact that Paine was an atheist, the opening pages of Common Sense, justifying rebellion against a tyrannical King, are entirely based on citations from the Hebrew Bible. In the same spirit, that summer Benjamin Franklin drew, as his design for the Great Seal of America, a picture of the Egyptians (i.e. the English) drowning in the Red Sea (i.e. the Atlantic), with the caption, “Rebellion to tyrants is obedience to God.” Thomas Jefferson was so struck by the sentence that he recommended it to be used on the Great Seal of Virginia, and later incorporated it in his personal seal.

The story of the midwives belongs to a larger vision implicit throughout the Torah and Tanach as a whole: that right is sovereign over might, and that even God Himself can be called to account in the name of justice, as He expressly mandates Abraham to do. Sovereignty ultimately belongs to God, so any human act or order that transgresses the will of God is by that fact alone ultra vires. These revolutionary ideas are intrinsic to the biblical vision of politics and the use of power.

In the end, though, it was the courage of two remarkable women that created the precedent later taken up by the American writer Thoreau[5] in his classic essay Civil Disobedience (1849) that in turn inspired Gandhi and Martin Luther King Jr. in the twentieth century. Their story also ends with a lovely touch. The text says:

“So God was kind to the midwives and the people increased and became even more numerous. And because the midwives feared God, He gave them houses.”

Luzzatto interpreted this last phrase to mean that He gave them families of their own. Often, he wrote, midwives are women who are unable to have children. In this case, God blessed Shifra and Puah by giving them children, as he had done for Sarah, Rebecca and Rachel.

This too is a not unimportant point. The closest Greek literature comes to the idea of civil disobedience is the story of Antigone who insisted on giving her brother Polynices a burial despite the fact that King Creon had refused to permit it, regarding him as a traitor to Thebes. Sophocles’ Antigone is a tragedy: the heroine must die because of her loyalty to her brother and her disobedience to the King. By contrast, the Hebrew Bible is not a tragedy. In fact biblical Hebrew has no word meaning “tragedy” in the Greek sense. Good is rewarded, not punished, because the universe, God’s work of art, is a world in which moral behaviour is blessed and evil, briefly in the ascendant, is ultimately defeated.

Shifra and Puah are two of the great heroines of world literature, the first to teach humanity the moral limits of power.