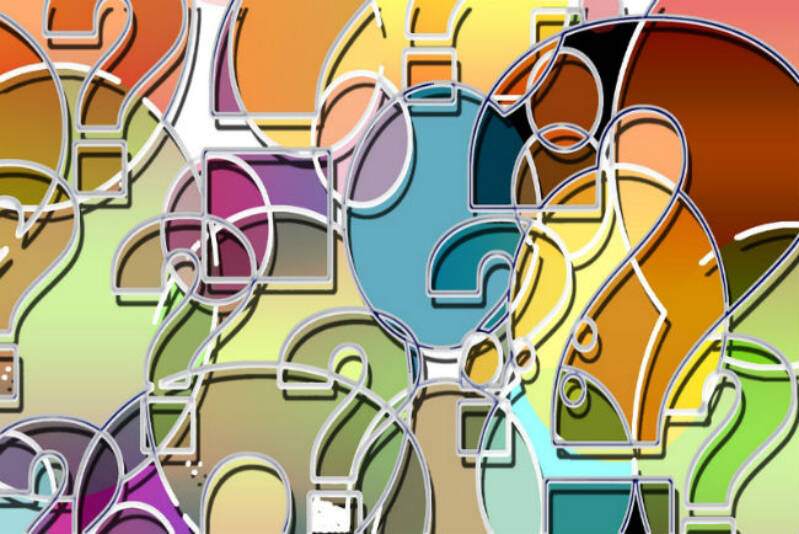 Moses’ second question to God at the burning bush was, Who are you?

“So I will go to the Israelites and say, ‘Your fathers’ God sent me to you.’ They will immediately ask me what His name is. What shall I say to them?”

God’s reply, Ehyeh asher ehyeh, wrongly translated in almost every Christian Bible as something like “I am that I am,” deserves an essay in its own right (I deal with it in my books Future Tense and The Great Partnership). His first question, though, was, Mi anochi, “Who am I?”

“Who am I that I should go to Pharaoh?” said Moses to God. “And how can I possibly get the Israelites out of Egypt?”

On the surface the meaning is clear. Moses is asking two things.

The first: who am I, to be worthy of so great a mission?

The second: how can I possibly succeed?

God never answered the first question. Perhaps in a strange way Moses answered himself. In Tanach as a whole, the people who turn out to be the most worthy are the ones who deny they are worthy at all. The Prophet Isaiah, when charged with his mission, said, ‘I am a man of unclean lips’ (Is. 6:5). Jeremiah said, ‘I cannot speak, for I am a child’ (Jer. 1:6). David, Israel’s greatest king, echoed Moses’ words, ‘Who am I?’ (2 Samuel 7:18). Jonah, sent on a mission by God, tried to run away. According to Rashbam, Jacob was about to run away when he found his way blocked by the man/angel with whom he wrestled at night (Rashbam to Gen. 32:23).

The heroes of the Bible are not figures from Greek or any other kind of myth. They are not people possessed of a sense of destiny, determined from an early age to achieve fame. They do not have what the Greeks called megalopsychia, a proper sense of their own worth, a gracious and lightly worn superiority. They did not go to Eton or Oxford. They were not born to rule. They were people who doubted their own abilities. There were times when they felt like giving up. Moses, Elijah, Jeremiah and Jonah reached points of such despair that they prayed to die. They became heroes of the moral life against their will. There was work to be done – God told them so – and they did it. It is almost as if a sense of smallness is a sign of greatness. So God never answered Moses’ question, “Why me?”

There are two possible answers. The first: Moses is a prince of Egypt. He had been adopted as a baby by Pharaoh’s daughter. He had grown up in the royal palace. He dressed like an Egyptian, looked and spoke like an Egyptian. When he rescued Jethro’s daughters from some rough shepherds, they go back and tell their father, “An Egyptian saved us” (2:19). His very name, Moses, was given to him by Pharaoh’s daughter (Ex. 2:10). It was, presumably, an Egyptian name (in fact, Moses, as in Ramses, is the ancient Egyptian word for “child”. The etymology given in the Torah, that Moses means “I drew him from the water,” tells us what the word suggested to Hebrew speakers). So the first answer is that Moses was an Egyptian prince.

The second was that he was a Midianite. For, although he was Egyptian by upbringing, he had been forced to leave. He had made his home in Midian, married a Midianite woman Zipporah, daughter of a Midianite priest and was “content to live” there, quietly as a shepherd. We tend to forget that he spent many years there. He left Egypt as a young man and was already eighty years old at the start of his mission when he first stood before Pharaoh (Ex. 7:7). He must have spent the overwhelming majority of his adult life in Midian, far away from the Israelites on the one hand and the Egyptians on the other. Moses was a Midianite.

So when Moses asks, “Who am I?” it is not just that he feels himself unworthy. He feels himself uninvolved. He may have been Jewish by birth, but he had not suffered the fate of his people. He had not grown up as a Jew. He had not lived among Jews. He had good reason to doubt that the Israelites would even recognise him as one of them. How, then, could he become their leader? More penetratingly, why should he even think of becoming their leader? Their fate was not his. He was not part of it. He was not responsible for it. He did not suffer from it. He was not implicated in it.

What is more, the one time he had actually tried to intervene in their affairs – he killed an Egyptian taskmaster who had killed an Israelite slave, and the next day tried to stop two Israelites from fighting one another – his intervention was not welcomed. “Who made you ruler and judge over us?” they said to him. These are the first recorded words of an Israelite to Moses. He had not yet dreamed of being a leader and already his leadership was being challenged.

Consider, now, the choices Moses faced in his life. On the one hand he could have lived as a prince of Egypt, in luxury and at ease. That might have been his fate had he not intervened. Even afterward, having been forced to flee, he could have lived out his days quietly as a shepherd, at peace with the Midianite family into which he had married. It is not surprising that when God invited him to lead the Israelites to freedom, he resisted.

Why then did he accept? Why did God know that he was the man for the task? One hint is contained in the name he gave his first son. He called him Gershom because, he said, “I am a stranger in a foreign land” (2:22). He did not feel at home in Midian. That was where he was, but not who he was.

But the real clue is contained in an earlier verse, the prelude to his first intervention. “When Moses was grown, he began to go out to his own people, and he saw their hard labour” (2:11).

These people were his people. He may have looked like an Egyptian but he knew that ultimately he was not. It was a transforming moment, not unlike when the Moabite Ruth said to her Israelite mother-in-law Naomi, “Your people will be my people and your God my God” (Ruth 1:16). Ruth was un-Jewish by birth. Moses was un-Jewish by upbringing. But both knew that when they saw suffering and identified with the sufferer, they could not walk away.

Rabbi Joseph Soloveitchik called this a covenant of fate, brit goral. It lies at the heart of Jewish identity to this day. There are Jews who believe and those who don’t. There are Jews who practise and those who don’t. But there are few Jews indeed who, when their people are suffering, can walk away saying, This has nothing to do with me.
Maimonides, who defines this as “separating yourself from the community” (poresh mi-darkhei ha-tsibbur, Hilkhot Teshuva 3:11), says that it is one of the sins for which you are denied a share in the world to come. This is what the Hagaddah means when it says of the wicked son that “because he excludes himself from the collective, he denies a fundamental principle of faith.” What fundamental principle of faith? Faith in the collective fate and destiny of the Jewish people.

Who am I? asked Moses, but in his heart he knew the answer. I am not Moses the Egyptian or Moses the Midianite. When I see my people suffer I am, and cannot be other than, Moses the Jew. And if that imposes responsibilities on me, then I must shoulder them. For I am who I am because my people are who they are.

That is Jewish identity, then and now.