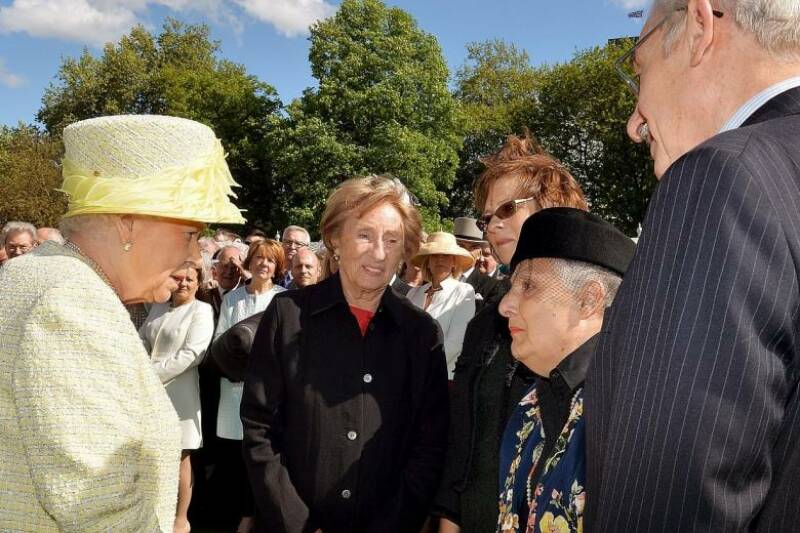 There is a fascinating detail in the passage about the king in this week’s parsha. The text says that

“When he takes the throne of his kingdom, he must write for himself a copy of this Torah on a scroll before the levitical priests.”

He must “read it all the days of his life” so that he will be God-fearing and never break Torah law. But there is another reason also: so that he will “not begin to feel superior to his brethren” (Kaplan translation), “so that his heart be not haughty over his brothers” (Robert Alter). The king had to have humility. The highest in the land should not feel himself to be the highest in the land.

This is hugely significant in terms of the Jewish understanding of political leadership. There are other commands directed to the king. He must not accumulate horses so as not to establish trading links with Egypt. He should not have too many wives for “they will lead his heart astray.” He should not accumulate wealth. These were all standing temptations to a king. As we know and as the Sages pointed out, it was these three prohibitions that Solomon, wisest of men, broke, marking the beginning of the long slow slide into corruption that marked much of the history of the monarchy in ancient Israel. It led, after his death, to the division of the kingdom.

But these were symptoms, not the cause. The cause was the feeling on the part of the king that, since he is above the people he is above the law. As the rabbis said (Sanhedrin 21b), Solomon justified his breach of these prohibitions by saying:

In both cases he fell into the trap of which the Torah had warned. Solomon’s wives did lead his heart astray (1 Kings 11:3), and his horses were imported from Egypt (1 Kings 10:28-29). The arrogance of power is its downfall. Hubris leads to nemesis.

Hence the Torah’s insistence on humility, not as a mere nicety, a good thing to have, but as essential to the role. The king was to be treated with the highest honour. In Jewish law, only a king may not renounce the honour due to his role. A parent may do so, so may a rav, so may even a nasi, but not a king (Kiddushin 32a-b). Yet there is to be a complete contrast between the external trappings of the king and his inward emotions.

Maimonides is eloquent on the subject:

Just as the Torah grants him [the king] great honour and obliges everyone to revere him, so it commands him to be lowly and empty at heart, as it says: ‘My heart is empty within me’ (Ps. 109:22). Nor should he treat Israel with overbearing haughtiness, for it says, “so that his heart be not haughty over his brothers” (Deut. 17:20). He should be gracious and merciful to the small and the great, involving himself in their good and welfare. He should protect the honour of even the humblest of men. When he speaks to the people as a community, he should speak gently, as it says, “Listen my brothers and my people….” (1 Chronicles 28:2), and similarly, “If today you will be a servant to these people…” (1 Kings 12:7). He should always conduct himself with great humility. There was none greater than Moses, our teacher. Yet he said: “What are we? Your complaints are not against us” (Ex. 16:8). He should bear the nation’s difficulties, burdens, complaints and anger as a nurse carries an infant.

The model is Moses, described in the Torah as “very humble, more so than any person on the face of the earth” (Num. 12:3). “Humble” here does not mean diffident, meek, self-abasing, timid, bashful, demure or lacking in self-confidence. Moses was none of these. It means honouring others and regarding them as important, no less important than you are. It does not mean holding yourself low; it means holding other people high. It means roughly what Ben Zoma meant when he said (Avot 4:1), “Who is honoured? One who honours others.” This led to one of the great rabbinic teachings, contained in the siddur and said on Motzei Shabbat:

Rabbi Yochanan said, Wherever you find the greatness of the Holy One, blessed be He, there you find His humility.

“For the Lord your God is God of gods and Lord of lords, the great, mighty and awe-inspiring God, who shows no favoritism and accepts no bribe.”

Immediately afterwards it is written,

“He upholds the cause of the orphan and widow, and loves the stranger, giving him food and clothing…”

God cares for all regardless of rank, and so must we, even a king, especially a king. Greatness is humility.

In the context of the Diamond Jubilee of Queen Elizabeth the Second, there is a story worth telling. It happened in St James Palace on 27 January 2005, the sixtieth anniversary of the liberation of Auschwitz. Punctuality, said Louis XVIII of France, is the politeness of kings. Royalty arrives on time and leaves on time. So it is with the Queen, but not on this occasion. When the time came for her to leave, she stayed. And stayed. One of her attendants said he had never known her to linger so long after her scheduled departure time.

She was meeting a group of Holocaust survivors. She gave each survivor – it was a large group – her focussed, unhurried attention. She stood with each until they had finished telling their personal story. One after another, the survivors were coming to me in a kind of trance, saying, “Sixty years ago I did not know whether I would be alive tomorrow, and here I am today talking to the Queen.” It brought a kind of blessed closure into deeply lacerated lives. Sixty years earlier they had been treated, in Germany, Austria, Poland, in fact in most of Europe, as subhuman, yet now the Queen was treating them as if each were a visiting Head of State. That was humility: not holding yourself low but holding others high. And where you find humility, there you find greatness.

It is a lesson for each of us. R. Shlomo of Karlin said, Der grester yester hora is az mir fargest az mi is ein ben melech, “The greatest source of sin is to forget we are children of the king.” We say Avinu malkeinu, “Our father, our King.” It follows that we are all members of a royal family and must act as if we are. And the mark of royalty is humility.