The Greatness of Humility 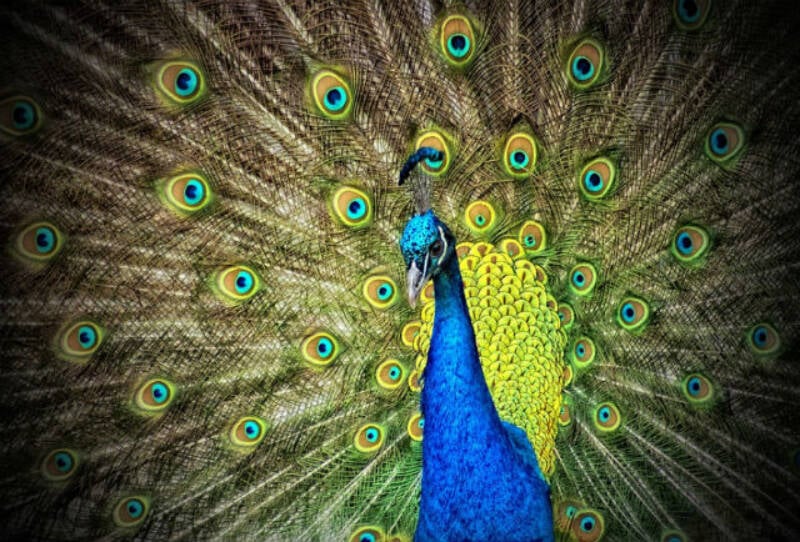 At a dinner to celebrate the work of a communal leader, the guest speaker paid tribute to his many qualities: his dedication, hard work and foresight. As he sat down the leader leaned over and said, “You forgot to mention one thing.” “What was that?” asked the speaker. The leader replied, “My humility.”

Quite so. Great leaders have many qualities, but humility is usually not one of them. With rare exceptions they tend to be ambitious, with a high measure of self regard. They expect to be obeyed, honoured, respected, even feared. They may wear their superiority effortlessly – Eleanor Roosevelt called this “wearing an invisible crown” – but there is a difference between this and humility.

This makes one provision in our parsha unexpected and powerful. The Torah is speaking about a king. Knowing, as Lord Acton put it, that power tends to corrupt and absolute power corrupts absolutely, it specifies three temptations to which a king in ancient times was exposed. A king, it says, should not accumulate many horses or wives or wealth – the three traps into which, centuries later, King Solomon eventually fell. Then it adds:

When [the king] is established on his royal throne, he is to write for himself on a scroll a copy of this Torah … It is to be with him, and he is to read it all the days of his life so that he may learn to be in awe of the Lord his God and follow carefully all the words of this law and these decrees and not feel superior to his brethren or turn from the law to the right or to the left. Then he and his descendants will reign a long time in the midst of Israel.

If a king, whom all are bound to honour, is commanded to be humble – “not feel superior to his brethren” –  how much more so the rest of us. Moses, the greatest leader the Jewish people ever had, was “very humble, more so than anyone on the face of the earth” (Num. 12:3). Was it that he was great because he was humble, or humble because he was great? Either way, as R. Johanan said of God himself, “Wherever you find his greatness there you find his humility.”[1]

This is one of the genuine revolutions Judaism brought about in the history of spirituality. The idea that a king in the ancient world should be humble would have seemed farcical. We can still today see, in the ruins and relics of Mesopotamia and Egypt, an almost endless series of vanity projects created by rulers in honour of themselves. Ramses II had four statues of himself and two of Queen Nefertiti placed on the front of the Temple at Abu Simbel. At 33 feet high, they are almost twice the height of Lincoln’s statue in Washington.

Aristotle would not have understood the idea that humility is a virtue. For him the megalopsychos, the great-souled man, was an aristocrat, conscious of his superiority to the mass of humankind. Humility, along with obedience, servitude and self-abasement, was for the lower orders, those who had been born not to rule but to be ruled. The idea that a king should be humble was a radically new idea introduced by Judaism and later adopted by Christianity.

This is a clear example of how spirituality makes a difference to the way we act, feel and think. Believing that there is a God in whose presence we stand means that we are not the centre of our world. God is. “I am dust and ashes,” said Abraham, the father of faith. “Who am I?” said Moses, the greatest of the prophets. This did not render them servile or sycophantic. It was precisely at the moment Abraham called himself dust and ashes that he challenged God on the justice of His proposed punishment of Sodom and the cities of the plain. It was Moses, the humblest of men, who urged God to forgive the people, and if not, “Blot me out of the book You have written.” These were among the boldest spirits humanity has ever produced.

There is a fundamental difference between two words in Hebrew: anivut, “humility”, and shiflut, “self-abasement”. So different are they that Maimonides defined humility as the middle path between shiflut and pride.[2] Humility is not low self-regard. That is shiflut. Humility means that you are secure enough not to need to be reassured by others. It means that you don’t feel you have to prove yourself by showing that you are cleverer, smarter, more gifted or successful than others. You are secure because you live in God’s love. He has faith in you even if you do not. You do not need to compare yourself to others. You have your task, they have theirs, and that leads you to co-operate, not compete.

This means that you can see other people and value them for what they are. They are not just a series of mirrors at which you look only to see your own reflection. Secure in yourself you can value others. Confident in your identity you can value the people not like you. Humility is the self turned outward. It is the understanding that “It’s not about you.”

Already in 1979 the late Christopher Lasch published a book entitled The Culture of Narcissism, subtitled, American life in an age of diminished expectations. It was a prophetic work. In it he argued that the breakdown of family, community and faith had left us fundamentally insecure, deprived of the traditional supports of identity and worth. He did not live to see the age of the selfie, the Facebook profile, designer labels worn on the outside, and the many other forms of “advertisements for myself”, but he would not have been surprised. Narcissism, he argued, is a form of insecurity, needing constant reassurance and regular injections of self-esteem. It is, quite simply, not the best way to live.

I sometimes think that narcissism and the loss of religious faith go hand in hand. When we lose faith in God, what is left at the centre of consciousness is the self. It is no coincidence that the greatest of modern atheists, Nietzsche, was the man who saw humility as a vice, not a virtue. He described it as the revenge of the weak against the strong. Nor is it accidental that one of his last works was entitled, “Why I am So Clever.”[3] Shortly after writing it he descended into the madness that enveloped him for the last eleven years of his life.

You do not have to be religious to understand the importance of humility. In 2014 the Harvard Business Review published the results of a survey that showed that “The best leaders are humble leaders.”[4] They learn from criticism. They are confident enough to empower others and praise their contributions. They take personal risks for the sake of the greater good. They inspire loyalty and strong team spirit. And what applies to leaders applies to each of us as marriage partners, parents, fellow-workers, members of communities and friends.

One of the most humble people I ever met was the late Lubavitcher Rebbe, Rabbi Menachem Mendel Schneerson. There was nothing self-abasing about him. He carried himself with quiet dignity. He was self-confident and had an almost regal bearing. But when you were alone with him, he made you feel you were the most important person in the room. It was an extraordinary gift. It was “royalty without a crown.” It was “greatness in plain clothes.” It taught me that humility is not thinking you are small. It is thinking that other people have greatness within them.

Ezra Taft Benson said that “pride is concerned with who is right; humility is concerned with what is right.” To serve God in love, said Maimonides, is to do what is truly right because it is truly right and for no other reason.[5] Love is selfless. Forgiveness is selfless. So is altruism. When we place the self at the centre of our universe, we eventually turn everyone and everything into a means to our ends. That diminishes them, which diminishes us. Humility means living by the light of that-which-is-greater-than-me. When God is at the centre of our lives, we open ourselves up to the glory of creation and the beauty of other people. The smaller the self, the wider the radius of our world.