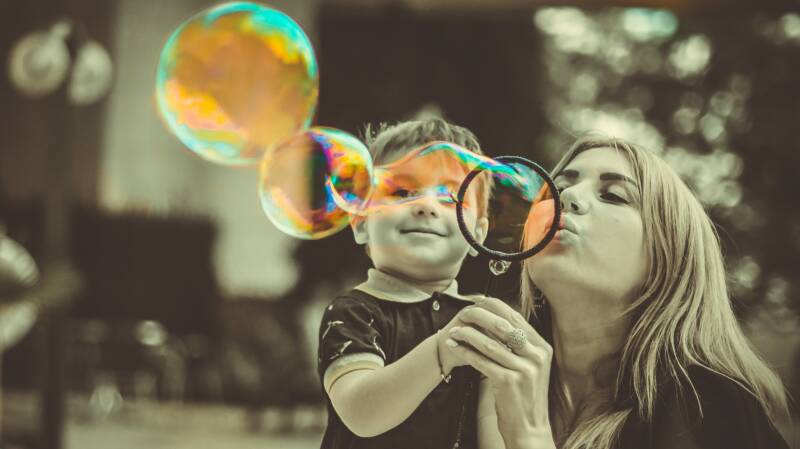 Advances in medical technology such as in vitro fertilisation have raised complex ethical and legal questions. In the case of surrogacy for example – where the ovum comes from one woman, but the fertilised embryo is carried to term by another – who is the mother? On the one hand, the donor mother from whom the ovum is taken contributes her genetic endowment to the child. On the other, the host mother provides the womb in which the foetus grows, and is the one who actually gives birth. The mother may thus be [1] the genetic mother or [2] the host mother; or it could be that from a legal point of view [3] the child has no mother, or [4] two mothers, or [5] maternity may be adjudged to be a matter of doubt, requiring us to take into consideration all possibilities.

One of the first halachic authorities to consider the question was the late Rabbi Shlomo Goren (1917-1994), senior chaplain to the Israel Defence Forces from 1948 onward and later Chief Rabbi of Israel (1972-1983). His view was that the genetic mother remains, in Jewish law, the mother of the child despite the fact that it was brought to term by someone else. Maternal identity, he held, is purely genetic. It is determined by conception, not birth. One of his proofs is the opening of this week’s sedra:

God spoke to Moses, telling him to speak to the Israelites, relating the following: When a woman conceives and gives birth to a boy . . .

The word ‘conceives’ is – as commentators point out – seemingly superfluous. The ‘uncleanliness’ from which the mother must be cleansed has to do with the birth, not conception. According to Rabbi Goren, the term ‘conceives’ comes to supply additional information, namely that it is conception – the meeting of egg and sperm – that determines motherhood. Thus, if the egg donor is Jewish and the host mother not Jewish, the child is Jewish, and requires no act of conversion. If the donor is non-Jewish, and the host mother Jewish, the child is regarded as non-Jewish and will require conversion if it is to be brought up as a Jew.

Other authorities take the opposite view. The relationship between the host mother and the foetus is a dynamic one. She is not a mere incubator to the child developing within her womb. Though its genetic origins are elsewhere, the foetus becomes part of her as it develops.An earlier question, relating to organ transplantation, had raised a similar issue. Does a donated organ retain its original identity as part of the donor, or does it become part of the recipient (legally, not just biologically)? The authorities considered the case of orlah – the fruit of a tree in its first three years, which is forbidden to be eaten. When the branch of a young tree is grafted to an old one, it takes on the identity of the tree as a whole. The fruit it bears is not considered orlah, even though the branch is less than three years old. From this, the authorities concluded that a transplanted organ, like a grafted branch, loses its original identity and becomes part of the organism to which it has been joined. A similar logic would hold that the embryo takes on the identity of the woman into whom it has been implanted.

Thus the host mother is considered the mother in Jewish law.

In fact, the matter is more complex. There is a difference between transplantation and implantation; and between an organ and a foetus. An organ has no identity of its own; a foetus does. Eventually, at birth, it will separate and become a person in its own right. Even within the womb, it has its own distinct identity. An organ, successfully transplanted, becomes part of the biological system to which it is attached, whereas the foetus, though nourished and protected by the host mother, remains a separate biological system in its own right. There is a debate in Jewish law as to whether the foetus is, or is not, considered ‘a limb of the mother’, and that argument has a bearing on our question. If it is a limb of the mother, then once implanted it takes on the identity of the host; if not, not. The question of maternal identity therefore remains open.

Some authorities have recourse to a midrashic (i.e. non-legal) tradition about an episode in the lifetime of Jacob. Jacob fell in love with Rachel, but through Laban’s deception, married her elder sister Leah. Eventually he married Rachel as well, but God, seeing that Leah was unloved, gave her children, while Rachel remained infertile. She bore Jacob six sons, and then became pregnant a seventh time, eventually giving birth to a daughter. The text at this point (Gen 30: 21) says:

And afterwards, she gave birth to a daughter, whom she named Dina.

The apparent redundancy of the phrase ‘and afterwards’ led the Rabbis to the following reconstruction of events. Leah had six sons. The two handmaids, Bilhah and Zilpah, had two sons each. Leah knew through prophetic insight that Jacob was destined to have twelve sons, each of whom would become the ancestor of a tribe. If her seventh child were a boy, this would mean that her sister Rachel would have only one son, one tribe, and thus leave less to posterity than her own handmaid. Not wanting her sister to suffer this humiliation, Leah prayed that the child within her womb – a boy – be changed to a girl; and so it happened.

According to one of the ancient Aramaic translations, Targum Yonatan, a miracle occurred. The male foetus in Leah’s womb and the female in Rachel’s womb were transposed. As a result, Rachel gave birth to a boy, Joseph, and Leah to a daughter, Dina. From this we can infer that maternity is determined by birth, not conception. Joseph – conceived by Leah and bearing her genes – is nonetheless regarded as Rachel’s child, for it was she who gave birth to him. The host mother is the other for all legal purposes.

Those who believe that maternal identity is genetic, not gestational, reject this proof on a number of grounds. First, there is an alternative tradition (Talmud Yerushalmi Brachot 9:3), that Leah’s child was miraculously changed from male to female in the womb, rather than being transferred to Rachel. Second, a legal proof can not be derived from a non-legal source. Third, miracles do not establish laws. Thus the matter remains in doubt, and most contemporary authorities act accordingly, taking both possibilities into consideration.

Which is decisive: nature or nurture? Medical science has developed in astonishing new directions since Mendel’s 19th century research into genes, Crick and Watson’s 1953 discovery of DNA, and the decoding of the human genome. In February 2001 it was announced that the human genome contains not 100,000 genes, as originally postulated, but only 30,000. This surprising result led scientists to conclude that there are not enough human genes to account for the different ways people behave. We are shaped by nurture as well as nature. The two are not separate, but interact in complex and still not yet fully understood ways (for an excellent survey, see Matt Ridley’s Nature via Nurture, 2003). Contemporary science is thus writing a new commentary to the ancient phrase in this week’s sedra: ‘when a woman conceives and gives birth’. Conception (genetic endowment)and gestation (the foetus’ pre-birth biological environment) both play a part in the formation of a child. There are two aspects of maternity, not one – genetic and gestational; nature and nurture. Thus does science reveal new depths of meaning in the ancient but ever-renewed word of God.