The Circumcision of Desire 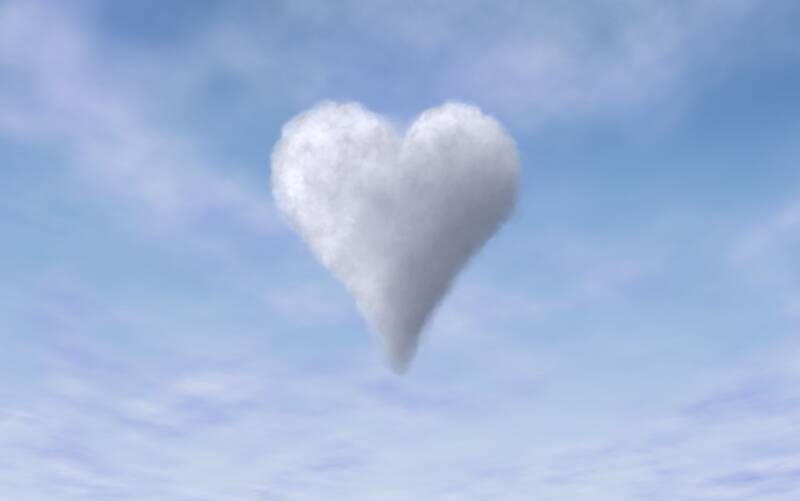 It is hard to trace with any precision the moment when a new idea makes its first appearance on the human scene, especially one as amorphous as that of love. But love has a history.[1] There is the contrast we find in Greek, and then Christian, thought between eros and agape: sexual desire and a highly abstract love for humanity in general.

There is the concept of chivalry that makes its appearance in the age of the Crusades, the code of conduct that prized gallantry and feats of bravery to “win the heart of a lady”. There is the romantic love presented in the novels of Jane Austen, hedged with the proviso that the young or not-so-young man destined for the heroine must have the right income and country estate, so as to exemplify the “truth universally acknowledged, that a single man in possession of a good fortune, must be in want of a wife.”[2] And there is the moment in Fiddler on the Roof where, exposed by their children to the new ideas in pre-revolutionary Russia, Tevye turns to his wife Golde, and the following conversation ensues:

The inner history of humanity is in part the history of the idea of love. And at some stage a new idea makes its appearance in biblical Israel. We can trace it best in a highly suggestive passage in the book of one of the great Prophets of the Bible, Hosea.

Hosea lived in the eighth century BCE. The kingdom had been divided since the death of Solomon. The northern kingdom in particular, where Hosea lived, had lapsed after a period of peace and prosperity into lawlessness, idolatry, and chaos. Between 747 and 732 BCE there were no less than five Kings, the result of a series of intrigues and bloody struggles for power. The people, too, had become lax:

There is no faithfulness or kindness, and no knowledge of God in the land; there is swearing, lying, killing, stealing and committing adultery; they break all bounds and murder follows murder.

Like other Prophets, Hosea knew that Israel’s destiny depended on its sense of mission. Faithful to God, it was able to do extraordinary things: survive in the face of empires, and generate a society unique in the ancient world, of the equal dignity of all as fellow citizens under the sovereignty of the Creator of Heaven and Earth. Faithless, however, it was just one more minor power in the ancient Near East, whose chances of survival against larger political predators were minimal.

What makes the book of Hosea remarkable is the episode with which it begins. God tells the Prophet to marry a prostitute, and see what it feels like to have a love betrayed. Only then will Hosea have a glimpse into God’s sense of betrayal by the people of Israel. Having liberated them from slavery and brought them into their land, God saw them forget the past, forsake the covenant, and worship strange gods. Yet He cannot abandon them, despite the fact that they have abandoned Him. It is a powerful passage, conveying the astonishing assertion that more than the Jewish people love God, God loves the Jewish people. The history of Israel is a love story between the faithful God and His often faithless people. Though God is sometimes angry, He cannot but forgive. He will take them on a kind of second honeymoon, and they will renew their marriage vows:

It is this last sentence – with its explicit comparison between the covenant and a marriage – that Jewish men say when they put on the hand-tefillin, winding its strap around the finger like a wedding-ring.

One verse in the midst of this prophecy deserves the closest scrutiny. It contains two complex metaphors that must be unraveled strand by strand:

This is a double pun. Baal, in biblical Hebrew, meant ‘a husband’, but in a highly specific sense – namely, ‘master, owner, possessor, controller.’ It signalled physical, legal, and economic dominance. It was also the name of the Canaanite god – whose prophets Elijah challenged in the famous confrontation at Mount Carmel. Baal (often portrayed as a bull) was the god of the storm, who defeated Mot, the god of sterility and death. Baal was the rain that impregnated the earth and made it fertile. The religion of Baal is the worship of god as power.

Hosea contrasts this kind of relationship with the other Hebrew word for husband, ish. Here he is recalling the words of the first man to the first woman:

This is now bone of my bones
And flesh of my flesh;
She shall be called “woman” [ishah],
Because she was taken from man [ish].

Here the male-female relationship is predicated on something quite other than power and dominance, ownership and control. Man and woman confront one another in sameness and difference. Each is an image of the other, yet each is separate and distinct. The only relationship able to bind them together without the use of force is marriage-as-covenant – a bond of mutual loyalty and love in which each makes a pledge to the other to serve one another.

Not only is this a radical way of reconceptualising the relationship between man and woman. It is also, implies Hosea, the way we should think of the relationship between human beings and God. God reaches out to humanity not as power – the storm, the thunder, the rain – but as love, and not an abstract, philosophical love but a deep and abiding passion that survives all the disappointments and betrayals. Israel may not always behave lovingly toward God, says Hosea, but God loves Israel and will never cease to do so.

Now we understand why the sign of the covenant is circumcision, the commandment given in this week’s parsha of Tazria. For faith to be more than the worship of power, it must affect the most intimate relationship between men and women. In a society founded on covenant, male-female relationships are built on something other and gentler than male dominance, masculine power, sexual desire and the drive to own, control and possess. Baal must become ish. The alpha male must become the caring husband. Sex must be sanctified and tempered by mutual respect. The sexual drive must be circumcised and circumscribed so that it no longer seeks to possess and is instead content to love.

There is thus more than an accidental connection between monotheism and monogamy. Although biblical law does not command monogamy, it nonetheless depicts it as the normative state from the start of the human story: Adam and Eve, one man, one woman. Whenever in Genesis a patriarch marries more than one woman there is tension and anguish. The commitment to one God is mirrored in the commitment to one person.

The Hebrew word emunah, often translated as “faith,” in fact means faithfulness, fidelity, precisely the commitment one undertakes in making a marriage. Conversely, for the prophets there is a connection between idolatry and adultery. That is how God describes Israel to Hosea. God married the Israelites but they, in serving idols, acted the part of a promiscuous woman (Hos. 1-2).

The love of husband and wife – a love at once personal and moral, passionate and responsible – is as close as we come to understanding God’s love for us and our ideal love for Him. When Hosea says, “You will know the Lord,” he does not mean knowledge in an abstract sense. He means the knowledge of intimacy and relationship, the touch of two selves across the metaphysical abyss that separates one consciousness from another. That is the theme of The Song of Songs, that deeply human yet deeply mystical expression of eros, the love between humanity and God. It is also the meaning of one of the definitive sentences in Judaism:

Judaism from the beginning made a connection between sexuality and violence on the one hand, marital faithfulness and social order on the other. Not by chance is marriage called kiddushin, “sanctification.” Like covenant itself, marriage is a pledge of loyalty between two parties, each recognising the other’s integrity, honouring their differences even as they come together to bring new life into being. Marriage is to society what covenant is to religious faith: a decision to make love – not power, wealth or force majeure – the generative principle of life.

Brit milah helps transform the male from baal to ish, from dominant partner to loving husband, just as God tells Hosea that this is what He seeks in His relationship with the people of the covenant. Circumcision turns biology into spirituality. The instinctive male urge to reproduce becomes instead a covenantal act of partnership and mutual affirmation. It was thus as decisive a turn in human civilisation as Abrahamic monotheism itself. Both are about abandoning power as the basis of relationship, and instead aligning ourselves with what Dante called “the love that moves the sun and other stars.”[3] Circumcision is the physical expression of the faith that lives in love.

[2] The famous first line of Jane Austen’s Pride and Prejudice.