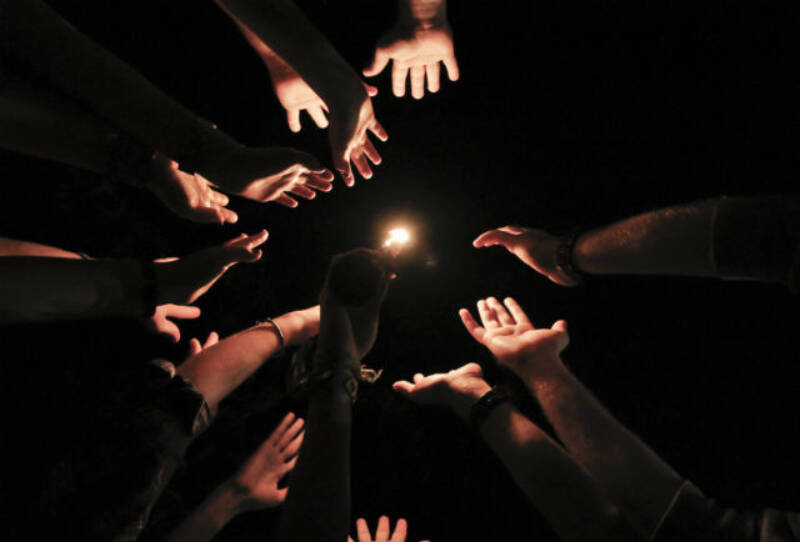 Our parsha begins with childbirth and, in the case of a male child, “On the eighth day the flesh of his foreskin shall be circumcised” (Lev. 12:3). This became known not just as milah, “circumcision”, but something altogether more theological, brit milah, “the covenant of circumcision”. That is because even before Sinai, almost at the dawn of Jewish history, circumcision became the sign of God’s covenant with Abraham (Gen. 17:1-14).

Why circumcision? Why was this from the outset not just a mitzvah, one command among others, but the very sign of our covenant with God and His with us? And why on the eighth day? Last week’s parsha was called Shemini, “the eighth [day]” (Lev. 9:1) because it dealt with the inauguration of the Mishkan, the Sanctuary, which also took place on the eighth day. Is there a connection between these two quite different events?

The place to begin is a strange Midrash recording an encounter between the Roman governor Tyranus Rufus[1] and Rabbi Akiva. Rufus began the conversation by asking, “Whose works are better, those of God or of man?” Surprisingly, the Rabbi replied, “Those of man.” Rufus responded, “But look at the heavens and the earth. Can a human being make anything like that?” Rabbi Akiva replied that the comparison was unfair. “Creating heaven and earth is clearly beyond human capacity. Give me an example drawn from matters that are within human scope.” Rufus then said, “Why do you practise circumcision?” To this, Rabbi Akiva replied, “I knew you would ask that question. That is why I said in advance that the works of man are better than those of God.”

The rabbi then set before the governor ears of corn and cakes. The unprocessed corn is the work of God. The cake is the work of man. Is it not more pleasant to eat cake than raw ears of corn? Rufus then said, “If God really wants us to practise circumcision, why did He not arrange for babies to be born circumcised?” Rabbi Akiva replied, “God gave the commands to Israel to refine our character.”[2] This is a very odd conversation, but, as we will see, a deeply significant one. To understand it, we have to go back to the beginning of time.

The Torah tells us that for six days God created the universe and on the seventh he rested, declaring it holy. His last creation, on the sixth day, was humanity: the first man and the first woman. According to the Sages, Adam and Eve sinned by eating the forbidden fruit already on that day and were sentenced to exile from the Garden of Eden.

However, God delayed the execution of sentence for a day to allow them to spend Shabbat in the garden. As the day came to a close, the humans were about to be sent out into the world in the darkness of night. God took pity on them and showed them how to make light. That is why we light a special candle at Havdallah, not just to mark the end of Shabbat but also to show that we begin the workday week with the light God taught us to make.

That is why the Mishkan was inaugurated on the eighth day. As Nechama Leibowitz and others have noted, there is an unmistakable parallelism between the language the Torah uses to describe God’s creation of the universe and the Israelites’ creation of the Sanctuary. The Mishkan was a microcosm – a cosmos in miniature. Thus Genesis begins and Exodus ends with stories of creation, the first by God, the second by the Israelites. The eighth day is when we celebrate the human contribution to creation.

That is also why circumcision takes place on the eighth day. All life, we believe, comes from God. Every human being bears His image and likeness. We see each child as God’s gift: “Children are the provision of the Lord; the fruit of the womb, His reward” (Ps, 127:3). Yet it takes a human act – circumcision – to signal that a male Jewish child has entered the covenant. That is why it takes place on the eighth day, to emphasise that the act that symbolises entry into the covenant is a human one – just as it was when the Israelites at the foot of Mount Sinai said, “All that the Lord has said, we will do and obey” (Ex. 24:7).

Mutuality and reciprocity mark the special nature of the specific covenant God made, first with Abraham, then with Moses and the Israelites. It is this that differentiates it from the universal covenant God made with Noah and through him with all humanity. That covenant, set out in Genesis 9, involved no human response. Its content was the seven Noahide commands. Its sign was the rainbow. But God asked nothing of Noah, not even his consent. Judaism embodies a unique duality of the universal and the particular. We are all in covenant with God by the mere fact of our humanity. We are bound, all of us, by the basic laws of morality. This is part of what it means to be human.

But to be Jewish is also to be part of a particular covenant of reciprocity with God. God calls. We respond. God begins the work and calls on us to complete it. That is what the act of circumcision represents. God did not cause male children to be born circumcised, said Rabbi Akiva, because He deliberately left this act, this sign of the covenant, to us.

Now we begin to understand the full depth of the conversation between Rabbi Akiva and the Roman governor Tineius Rufus. For the Romans, the Greeks and the ancient world generally, the gods were to be found in nature: the sun, the sea, the sky, the earth and its seasons, the fields and their fertility. In Judaism, God is beyond nature, and his covenant with us takes us beyond nature also. So for us, not everything natural is good. War is natural. Conflict is natural. The violent competition to be the alpha male is natural. Jews – and others inspired by the God of Abraham – believe, as Kathryn Hepburn said to Humphrey Bogart in The African Queen, that “Nature, Mr Allnut, is what we are put in this world to rise above.”

The Romans found circumcision strange because it was unnatural. Why not celebrate the human body as God made it? God, said Rabbi Akiva to the Roman governor, values culture, not just nature, the work of humans not just the work of God. It was this cluster of ideas – that God left creation unfinished so that we could become partners in its completion; that by responding to God’s commands we become refined; that God delights in our creativity and helped us along the way by teaching the first humans how to make light – that made Judaism unique in its faith in God’s faith in humankind. All of this is implicit in the idea of the eighth day as the day on which God sent humans out into the world to become His partners in the work of creation.

Why is this symbolised in the act of circumcision? Because if Darwin was right, then the most primal of all human instincts is to seek to pass on one’s genes to the next generation. That is the strongest force of nature within us. Circumcision symbolises the idea that there is something higher than nature. Passing on our genes to the next generation should not simply be a blind instinct, a Darwinian drive. The Abrahamic covenant was based on sexual fidelity, the sanctity of marriage, and the consecration of the love that brings new life into the world.[4] It is a rejection of the ethic of the alpha male.

God created physical nature: the nature charted by science. But He asks us to be co-creators, with Him, of human nature. As R. Abraham Mordecai Alter of Ger said. “When God said, ‘Let us make man in our image’, to whom was He speaking? To man himself. God said to man, Let us – you and I – make man together.”[5] The symbol of that co-creation is the eighth day, the day He helps us begin to create a world of light and love.

[1] Quintus Tineius Rufus, Roman governor of Judaea during the Bar Kochba uprising. He is known in the rabbinic literature as “the wicked.” His hostility to Jewish practice was one of the factors that provoked the uprising.
[2] Tanhuma, Tazria, 5.
[3] This is also signalled in the Havdallah prayer which mentions five havdalot, “distinctions”, between sacred and profane, light and darkness, Israel and the nations, Shabbat and the weekdays, and the final “who distinguishes between sacred and profane.” This parallels Genesis 1 in which the verb lehavdil – to distinguish, separate – appears five times.
[4] That, as I have pointed out elsewhere, is why Genesis does not criticise idolatry but does implicitly criticise, on at least six occasions, the lack of a sexual ethic among the people with whom the patriarchs and their families come into contact.
[5] R. Avraham Mordecai Alter of Ger, Likkutei Yehudah.