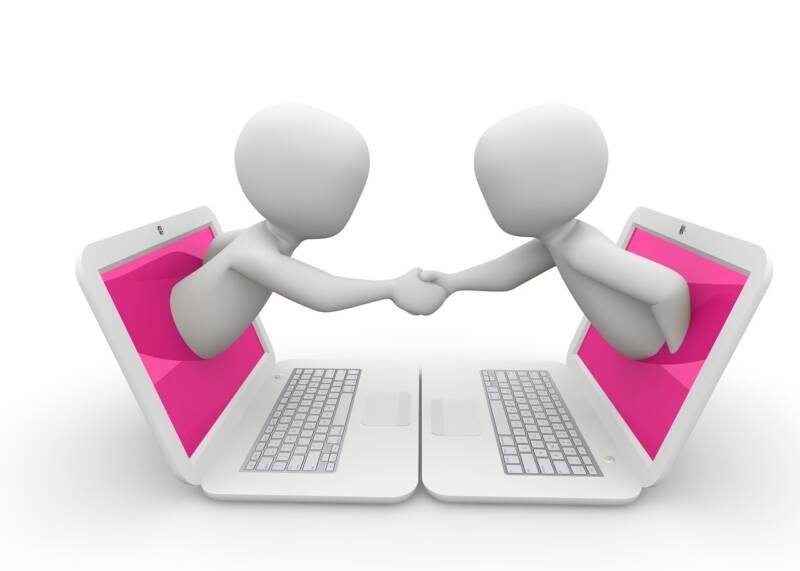 At the risk of disclosing a spoiler, I would like to begin this week’s Covenant & Conversation by discussing the 2019 film A Beautiful Day in the Neighborhood. Tom Hanks plays the beloved American children’s television producer/presenter Mister Rogers, a legendary figure to several generations of young Americans, famous for his musical invitation, “Won’t You Be My Neighbor?”

What makes the film unusual is that it is an unabashed celebration of the power of human goodness to heal broken hearts. Today such straightforward moral messages tend to be confined to children’s films (some of them, as it happens, works of genius). Such is the power and subtlety of the film, however, that one is not tempted to dismiss it as simplistic or naïve.

The plot is based on a true story. A magazine had decided to run a series of short profiles around the theme of heroes. It assigned one of its most gifted journalists to write the vignette about Fred Rogers. The journalist was, however, a troubled soul. He had a badly broken relationship with his father. The two had physically fought at his sister’s wedding. The father sought reconciliation, but the journalist refused even to see him.

The jagged edges of his character showed in his journalism. Everything he wrote had a critical undercurrent as if he relished destroying the images of the people he had come to portray. Given his reputation, he wondered why the children’s television star had agreed to be interviewed by him. Had Rogers not read any of his writings? Did he not know the obvious risk that the profile would be negative, perhaps devastatingly so? It turned out that not only had Rogers read every article of his that he could get hold of; he was also the only figure who had agreed to be interviewed by him. All the other “heroes” had turned him down.

The journalist goes to meet Rogers, first sitting through the production of an episode of his show, complete with puppets, toy trains and a miniature townscape. It is a moment ripe for big-city cynicism. Yet Rogers, when they meet and talk, defies any conventional stereotype. He turns the questions away from himself and toward the journalist. Almost immediately sensing the core of unhappiness within him, he then turns every negative question into a positive affirmation, and exudes the calmness and quiet, the listening silence, that allows and encourages the journalist to talk about himself.

It is a remarkable experience to watch as Hanks’ gentleness, immovable even under pressure, slowly allows the journalist – who had, after all, merely come to write a 400 word profile – to acknowledge his own failings vis-à-vis his father and to give him the emotional strength to forgive him and be reconciled to him in the limited time before he died. Here is a fragment of their conversation that will give you a feel for the tone of the relationship:

Journalist: You love people like me.
Fred Rogers: What are people like you? I’ve never met anyone like you in my entire life.
Journalist: Broken people.
Fred Rogers: I don’t think you are broken. I know you are a man of conviction. A person who knows the difference between what is wrong and what is right. Try to remember that your relationship with your father also helped to shape those parts. He helped you become what you are.

Note how in a few brief sentences, Rogers helps reframe the journalist’s self-image, as well as his relationship with his father. The very argumentativeness that led him to fight with his father was something he owed to his father. The film reflects the true story of when the real Fred Rogers met the journalist Tom Junod. Junod, like his character ‘Lloyd Vogel’ in the film, came to mock but stayed to be inspired. He said about the experience, “What is grace? I’m not certain; all I know is that my heart felt like a spike, and then, in that room, it opened and felt like an umbrella.” The film is, as one reviewer put it, “a perfectly pitched and played ode to goodness.”[1]

The point of this long introduction is that the film is a rare and compelling illustration of the power of speech to heal or harm. This, according to the Sages, is what Tazria and Metzora are about. Tsara’at, the skin condition whose diagnosis and purification form the heart of the parshiyot, was a punishment for lashon hara, evil speech, and the word metzora, for one suffering from the condition, was, they said, an abridgment of the phrase motzi shem ra, one who speaks slander. The key prooftext they brought was the case of Miriam who spoke badly about Moses, and was struck with tsara’at as a result (Num. 12). Moses alludes to this incident many years later, urging the Israelites to take it to heart:

“Remember what the Lord your God did to Miriam along the way after you came out of Egypt.”

Judaism is, I have argued, a religion of words and silences, speaking and listening, communicating and attending. God created the universe by words – “And He said … and there was” – and we create the social universe by words, by the promises with which we bind ourselves to meet our obligations to others. God’s revelation at Sinai was of words – “You heard the sound of words but saw no form; there was only a Voice” (Deut. 4:12). Every other ancient religion had its monuments of brick and stone; Jews, exiled, had only words, the Torah they carried with them wherever they went. The supreme mitzvah in Judaism is Shema Yisrael, “Listen, Israel.” For God is invisible and we make no icons. We can’t see God; we can’t smell God; we can’t touch God; we can’t taste God. All we can do is listen in the hope of hearing God. In Judaism, listening is high religious art.

Or it should be. What Tom Hanks shows us in his portrayal of Fred Rogers is a man who is capable of attending to other people, listening to them, talking gently to them in a way that is powerfully affirming without for a moment being bland or assuming that all is well with the world or with them. The reason this is both interesting and important is that it is hard to know how to listen to God if we do not know how to listen to other people. And how can we expect God to listen to us if we are incapable of listening to others?

This entire issue of speech and its impact on people has become massively amplified by the spread of smartphones and social media and their impact, especially on young people and on the entire tone of the public conversation. Online abuse is the plague of our age. It has happened because of the ease and impersonality of communication. It gives rise to what has been called the disinhibition effect: people feel freer to be cruel and crude than they would be in a face-to-face situation. When you are in the physical presence of someone, it is hard to forget that the other is a living, breathing human being just as you are, with feelings like yours and vulnerabilities like yours. But when you are not, all the poison within you can leak out, with sometimes devastating effects. The number of teenage suicides and attempted suicides has doubled in the past ten years, and most attribute the rise to effects of social media. Rarely have the laws of lashon hara been more timely or necessary.

A Beautiful Day in the Neighborhood offers a fascinating commentary on an ancient debate in Judaism, one discussed by Maimonides in the sixth of his Eight Chapters, as to which is greater, the chassid, the saint, the person who is naturally good, or ha-moshel be-nafsho, one who is not naturally saintly at all but who practices self-restraint and suppresses the negative elements in their character. It is precisely this question, whose answer is not obvious, that gives the film its edge.

The Rabbis said some severe things about lashon hara. It is worse than the three cardinal sins – idolatry, adultery, and bloodshed – combined. It kills three people: the one who speaks it, the one of whom it is spoken, and the one who receives it.[2]. Joseph received the hatred of his brothers because he spoke negatively about some of them. The generation that left Egypt was denied the chance of entering the land because they spoke badly about it. One who speaks it is said to be like an atheist.[3]

I believe we need the laws of lashon hara now more than almost ever before. Social media is awash with hate.

The language of politics has become ad hominem and vile. We seem to have forgotten the messages that Tazria and Metzora teach: that evil speech is a plague. It destroys relationships, rides roughshod over people’s feelings, debases the public square, turns politics into a jousting match between competing egos and defiles all that is sacred about our common life. It need not be like this.

A Beautiful Day in the Neighborhood shows how good speech can heal where evil speech harms.