The Home We Build Together 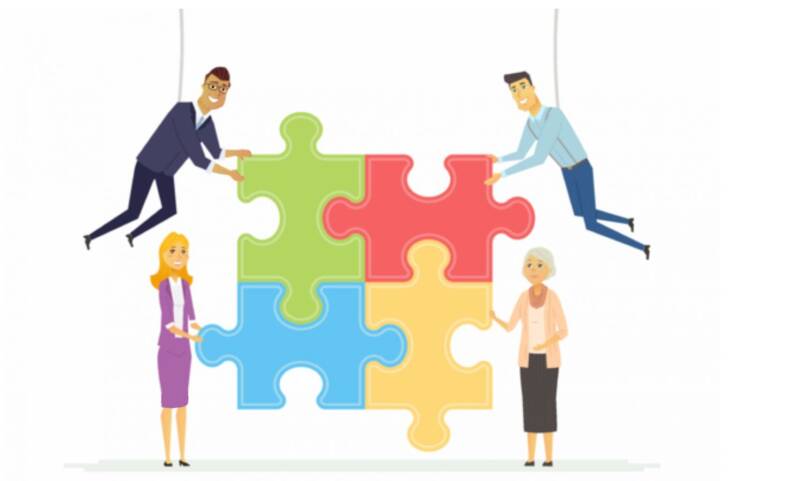 The sequence of parsiyhot that begins with Terumah, and continues Tetzaveh, Ki Tissa, Vayakhel and Pekudei, is puzzling in many ways. First, it outlines the construction of the Tabernacle (Mishkan), the portable House of Worship the Israelites built and carried with them through the desert, in exhaustive and exhausting detail. The narrative takes almost the whole of the last third of the book of Exodus. Why so long? Why such detail? The Tabernacle was, after all, only a temporary home for the Divine Presence, eventually superseded by the Temple in Jerusalem.

Besides which, why is the making of the Mishkan in the book of Exodus at all? Its natural place seems to be in the book of Vayikra, which is overwhelmingly devoted to an account of the service of the Mishkan and the sacrifices that were offered there. The book of Exodus, by contrast, could be subtitled, “the birth of a nation”. It is about the transition of the Israelites from a family to a people and their journey from slavery to freedom. It rises to a climax with the covenant made between God and the people at Mount Sinai. What has the Tabernacle to do with this? It seems an odd way to end the book.

The answer, it seems to me, is profound. First, recall the history of the Israelites until now. It has been a long series of complaints. They complained when the first intervention by Moses made their situation worse. Then, at the Red Sea, they said to Moses:

“Was it because there were no graves in Egypt that you brought us to the desert to die? What have you done to us by bringing us out of Egypt? Didn’t we say to you in Egypt, ‘Leave us alone; let us serve the Egyptians’? It would have been better for us to serve the Egyptians than to die in the desert!”

After crossing the sea they continued to complain, first about the lack of water, then that the water was bitter, then at the lack of food, then again about the lack of water. Then, within weeks of the revelation at Sinai – the only time in history God appeared to an entire nation – they made a Golden Calf. If an unprecedented sequence of miracles cannot bring about a mature response on the part of the people, what will?

It is then that God said: Let them build something together. This simple command transformed the Israelites. During the whole construction of the Tabernacle there were no complaints. The entire people contributed –  some gold, silver, or bronze, some brought skins and drapes, others gave their time and skill. They gave so much that Moses had to order them to stop. A remarkable proposition is being framed here: It is not what God does for us that transforms us. It is what we do for God.

So long as every crisis was dealt with by Moses and miracles, the Israelites remained in a state of dependency. Their default response was to complain. In order for them to reach adulthood and responsibility, there had to be a transition from passive recipients of God’s blessings to active creators. The people had to become God’s “partners in the work of creation” (Shabbat 10a). That, I believe, is what the Sages meant when they said, “Call them not ‘your children’ but ‘your builders’” (Brachot 64a). People have to become builders if they are to grow from childhood to adulthood.

Judaism is God’s call to responsibility. He does not want us to rely on miracles. He does not want us to be dependent on others. He wants us to become His partners, recognising that what we have, we have from Him, but what we make of what we have is up to us, our choices and our effort. This is not an easy balance to achieve. It is easy to live a life of dependency. It is equally easy in the opposite direction to slip into the mistake of saying, “My power and the strength of my hands have produced this wealth for me” (Deut. 8:17). The Jewish view of the human condition is that everything we achieve is due to our own efforts, but equally and essentially the result of God’s blessing.

The building of the Tabernacle was the first great project the Israelites undertook together. It involved their generosity and skill. It gave them the chance to give back to God a little of what He had given them. It conferred on them the dignity of labour and creative endeavour. It brought to closure their birth as a nation and it symbolised the challenge of the future. The society they were summoned to create in the land of Israel would be one in which everyone would play their part. It was to become – in the phrase I have used as the title of one of my books – “the home we build together.”[1]

From this we see that one of the greatest challenges of leadership is to give people the chance to give, to contribute, to participate. That requires self-restraint, tzimtzum, on the part of the leader, creating the space for others to lead. As the saying goes: A leader is best when people barely need to acknowledge him. When his work is done, his aim fulfilled, they will say: ‘we did it ourselves.’[2]

This brings us to the fundamental distinction in politics between State and Society. The state represents what is done for us by the machinery of government, through the instrumentality of laws, courts, taxation and public spending. Society is what we do for one another through communities, voluntary associations, charities and welfare organisations. Judaism, I believe, has a marked preference for society rather than state, precisely because it recognises – and this is the central theme of the book of Exodus – that it is what we do for others, not what others or God does for us, that transforms us. The Jewish formula, I believe, is: small state, big society.

The person who had the deepest insight into the nature of democratic society was Alexis de Tocqueville. Visiting America in the 1830s, he saw that its strength lay in what he called the “art of association”, the tendency of Americans to come together in communities and voluntary groups to help one another, rather than leaving the task to a centralised government. Were it ever to be otherwise, were individuals to depend wholly on the state, then democratic freedom would be at risk.

In one of the most haunting passages of his masterwork, Democracy in America, he says that democracies are at risk of a completely new form of oppression for which there is no precedent in the past. It will happen, he says, when people exist solely in and for themselves, leaving the pursuit of the common good to the government. This would then be what life would be like:

Above this race of men stands an immense and tutelary power, which takes upon itself alone to secure their gratifications and to watch over their fate. That power is absolute, minute, regular, provident and mild. It would be like the authority of a parent if, like that authority, its object was to prepare men for manhood; but it seeks, on the contrary, to keep them in perpetual childhood: it is well content that the people should rejoice, provided they think of nothing but rejoicing. For their happiness such a government willingly labours, but it chooses to be the sole agent and the only arbiter of that happiness; it provides for their security, foresees and supplies their necessities, facilitates their pleasures, manages their principal concerns, directs their industry, regulates the descent of property, and subdivides their inheritances: what remains, but to spare them all the care of thinking and all the trouble of living?[3]

Tocqueville wrote these words almost 200 years ago, and there is a risk that this is happening to some European societies today: all state, no society; all government, little or no community.[4] Tocqueville was not a religious writer. He makes no reference to the Hebrew Bible. But the fear he has is precisely what the book of Exodus documents. When a central power – even when this is God Himself – does everything on behalf of the people, they remain in a state of arrested development. They complain instead of acting. They give way easily to despair. When the leader, in this case Moses, is missing, they do foolish things, none more so than making a Golden Calf.

There is only one solution: to make the people co-architects of their own destiny, to get them to build something together, to shape them into a team and show them that they are not helpless, that they are responsible and capable of collaborative action. Genesis begins with God creating the universe as a home for human beings. Exodus ends with human beings creating the Mishkan, as a ‘home’ for God.

Hence the basic principle of Judaism, that we are called on to become co-creators with God. And hence, too, the corollary: that leaders do not do the work on behalf of the people. They teach people how to do the work themselves.

It is not what God does for us but what we do for God that allows us to reach dignity and responsibility.

[1] Jonathan Sacks, The Home We Build Together: Recreating Society (Bloomsbury Academic, 2009).
[2] Attributed to Lao-Tsu.
[3] Alexis De Tocqueville, Democracy in America, abridged and with an introduction by Thomas Bender (The Modern Library, New York, 1981), 584.
[4] This is not to imply that there is no role for governments; that all should be left to voluntary associations. Far from it. There are things – from the rule of law to the defence of the realm to the enforcement of ethical standards and the creation of an equitable distribution of the goods necessary for a dignified existence – that only governments can achieve. The issue is balance.