Why We Value What We Make 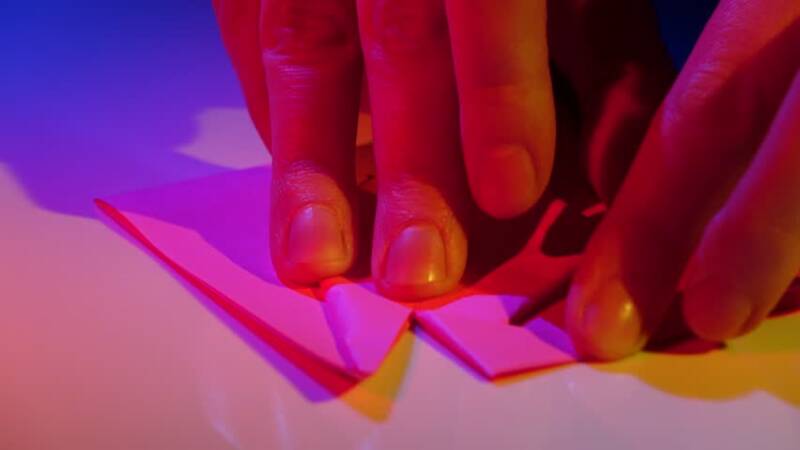 The behavioural economist Dan Ariely did a series of experiments on what is known as the IKEA effect, or “why we overvalue what we make.” The name comes, of course, from the store that sells self-assembly furniture. For practically-challenged people like me, putting an item of furniture together is usually like doing a giant jigsaw puzzle in which various pieces are missing, and others are in the wrong place. But in the end, even if the item is amateurish, we tend to feel a certain pride in it. We can say, “I made this,” even if someone else designed it, produced the pieces, and wrote the instructions. There is, about something in which we have invested our labour, a feeling like that expressed in Psalm 128: “When you eat the fruit of the labour of your hands, you will be happy, and it will go well with you.”[1]

Ariely wanted to test the reality and extent of this added value. So he got volunteers to make origami models by elaborate folding of paper. He then asked them how much they were prepared to pay to keep their own model. The average answer was 25 cents. He asked other people in the vicinity what they would be prepared to pay. The average answer was five cents. In other words, people were prepared to pay five times as much for something they had made themselves. His conclusions were: the effort that we put into something does not just change the object. It changes us and the way we evaluate that object. And the greater the labour, the greater the love for what we have made.[2]

This is part of what is happening in the long sequence about the building of the Sanctuary that begins in our parsha and continues, with few interruptions, to the end of the book. There is no comparison whatsoever between the Mishkan – the holy and the Holy of Holies – and something as secular as self-assembly furniture. But at a human level, there are psychological parallels.

The Mishkan was the first thing the Israelites made in the wilderness, and it marks a turning point in the Exodus narrative. Until now God had done all the work. He had struck Egypt with plagues. He had taken the people out to freedom. He had divided the sea and brought them across on dry land. He had given them food from heaven and water from a rock. And, with the exception of the Song at the Sea, the people had not appreciated it. They were ungrateful. They complained.

Now God instructed Moses to take the people through a role reversal. Instead of His doing things for them, He commanded them to make something for Him. This was not about God. God does not need a Sanctuary, a home on earth, for God is at home everywhere. As Isaiah said in His name: “Heaven is My throne and the earth My footstool. What house, then, can you will build for Me?” (Is. 66:1). This was about humans and their dignity, their self-respect.

With an extraordinary act of tzimtzum, self-limitation, God gave the Israelites the chance to make something with their own hands, something they would value because, collectively, they had made it. Everyone who was willing could contribute, from whatever they had: “gold, silver or bronze, blue, purple or crimson yarns, fine linen, goat hair, red-dyed ram skins, fine leather, acacia wood, oil for the lamp, balsam oils for the anointing oil and for the fragrant incense,” jewels for the breastplate and so on. Some gave their labour and skills. Everyone had the opportunity to take part: women as well as men, the people as a whole, not just an elite.

For the first time God was asking them not just to follow His pillar of cloud and fire through the wilderness, or obey His laws, but to be active: to become builders and creators. And because it involved their work, energy and time, they invested something of themselves, individually and collectively, in it. To repeat Ariely’s point: We value what we create. The effort that we put into something does not just change the object. It changes us.

Few places in the Torah more powerfully embody Rabbi Yochanan saying that “Wherever you find God’s greatness, there you find His humility.”[3] God was giving the Israelites the dignity of being able to say, “I helped build a house for God.” The Creator of the universe was giving His people the chance to become creators also – not just of something physical and secular, but of something profoundly spiritual and sacred.

Hence the unusual Hebrew word for contribution, Terumah, which means not just something we give but something we lift up. The builders of the sanctuary lifted up their gift to God, and in the process of lifting, discovered that they themselves were lifted. God was giving them the chance to become “His partners in the work of creation,”[4] the highest characterisation ever given of the human condition.

This is a life-changing idea. The greatest gift we can give people is to give them the chance to create. This is the one gift that turns the recipient into a giver. It gives them dignity. It shows that we trust them, have faith in them, and believe they are capable of great things.

We no longer have a Sanctuary in space, but we do have Shabbat, the “sanctuary in time.”[5] Recently, a senior figure in the Church of England spent Shabbat with us in the Marble Arch Synagogue. He was with us for the full 25 hours, from Kabbalat Shabbat to Havdallah. He prayed with us, learned with us, ate with us, and sang with us.[6] “Why are you doing this?” I asked him. He replied, “One of the greatest gifts you Jews gave us Christians was the Sabbath. We are losing it. You are keeping it. I want to learn from you how you do it.”

The answer is simple. To be sure, it was God who at the dawn of time made the seventh day holy.[7] But it was the Sages who, making “a fence around the law,” added many laws, customs and regulations to protect and preserve its spirit.[8] Almost every generation contributed something to the heritage of Shabbat, if only a new song, or even a new tune for old words. Not by accident do we speak of “making Shabbat.” The Jewish people did not create the day’s holiness but they did co-create its hadrat kodesh, its sacred beauty. Ariely’s point applies here as well: the greater the effort we put into something, the greater the love for what we have made.

Hence the life-changing lesson: if you want people to value something, get them to participate in creating it. Give them a challenge and give them responsibility. The effort we put into something does not just change the object: it changes us. The greater the labour, the greater the love for what we have made.

[1] On the pleasures of physical work generally, especially craftsmanship, see Matthew Crawford, The Case for Working with your Hands, Viking, 2010; published in America as Shop Class as Soul Craft. Among the early Zionists there was a strong sense, best expressed by A. D. Gordon, that working on the land was itself a spiritual experience. Gordon was influenced here not only by Tanach but also by the writings of Leo Tolstoy.
[2] Dan Ariely, The Upside of Irrationality, Harper, 2011, 83-106. His TED lecture on this subject can be seen here.
[3] Megillah 31a.
[4] Shabbat 10a, 119b.
[5] Abraham Joshua Heschel, The Sabbath: Its Meaning for Modern Man, Farrer, Straus and Giroux, 2005.
[6] He was not, of course, obeying all the Shabbat laws: both Jews and Christians agree that these are imperatives for Jews alone.
[7] As opposed to the festivals, whose date is dependent on the calendar, that was determined by the Sanhedrin. This difference is reflected in the liturgy.
[8] Halachically, this is the concept of Shevut, that Ramban saw as essentially biblical in origin.

The effort you put into something does not just change the object: it changes you. The greater the labour, the greater the love for what you have made.