Crushed for the Light 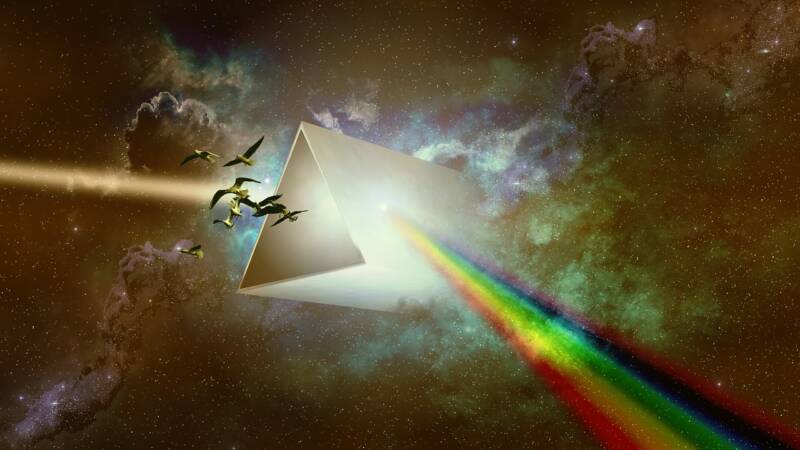 There are lives that are lessons. The late Henry Knobil’s was one. He was born in Vienna in 1932. His father had come there in the 1920s to escape the rising tide of antisemitism in Poland, but like Jacob fleeing from Esau to Laban, he found that he had fled one danger only to arrive at another.

After the Anschluss and Kristallnacht it became clear that, if the family were to survive, they had to leave. They arrived in Britain in 1939, just weeks before their fate would have been sealed had they stayed. Henry grew up in Nottingham, in the Midlands. There he studied textiles, and after his army service went to work for one of the great British companies, eventually starting his own highly successful textile business.

He was a passionate, believing Jew and loved everything about Judaism. He and his wife Renata were a model couple, active in synagogue life, always inviting guests to their home for Shabbat or the festivals. I came to know Henry because he believed in giving back to the community, not only in money but also in time and energy and leadership. He became the chairperson of many Jewish organisations including the national Israel (UJIA) appeal, British Friends of Bar Ilan University, the Jewish Marriage Council, the British-Israel Chamber of Commerce and the Western Marble Arch Synagogue.

He loved learning and teaching Torah. He was a fine raconteur with an endless supply of jokes, and regularly used his humour to bring “laughter therapy” to cancer patients, Holocaust survivors and the residents of Jewish Care homes. Blessed with three children and many grandchildren, he had retired and was looking forward, with Renata, to a serene last chapter in a long and good life.

Then, seven years ago, he came back from morning service in the synagogue to find that Renata had suffered a devastating stroke. For a while her life hung in the balance. She survived, but their whole life now had to change. They gave up their magnificent apartment in the centre of town to a place with easier wheelchair access. Henry became Renata’s constant carer and life support. He was with her day and night, attentive to her every need.

The transformation was astonishing. Before, he had been a strong-willed businessman and communal leader. Now he became a nurse, radiating gentleness and concern. His love for Renata and hers for him bathed the two of them in a kind of radiance that was moving and humbling. And though he might, like Job, have stormed the gates of heaven to know why this had happened to them, he did the opposite. He thanked God daily for all the blessings they had enjoyed. He never complained, never doubted, never wavered in his faith.

Then, a year ago, he was diagnosed with an inoperable condition. He had, and knew he had, only a short time to live. What he did then was a supreme act of will. He sought one thing: to be given the grace to live as long as Renata did, so that she would never find herself alone. Three months ago, as I write these words, Renata died. Shortly thereafter, Henry joined her. “Beloved and pleasant in their lives, and in their death undivided.”[1] Rarely have I seen such love in adversity.

In an earlier Covenant and Conversation, I wrote about the power of art to turn pain into beauty. Henry taught us about the power of faith to turn pain into chessed, loving-kindness. Faith was at the very heart of what he stood for. He believed that God had spared him from Hitler for a purpose. He had given Henry business success for a purpose also. I never heard him attribute any of his achievements to himself. For whatever went well, he thanked God. For whatever did not go well, the question he asked was simply: what does God want me to learn from this? What, now that this has happened, does He want me to do? That mindset had carried him through the good years with humility. Now it carried him through the painful years with courage.

Our parsha begins with the words: “Command the Israelites to bring you clear olive oil, crushed for the light, so that the lamp may always burn” (Ex. 27:20). The Sages drew a comparison between the olive and the Jewish people. “Rabbi Joshua ben Levi asked, why is Israel compared to an olive? Just as an olive is first bitter, then sweet, so Israel suffers in the present but great good is stored up for them in the time to come. And just as the olive only yields its oil by being crushed –­ as it is written, ‘clear olive oil, crushed for the light’ – so Israel fulfils [its full potential in] the Torah only when it is pressed by suffering.”[2]

The oil was, of course, for the menorah, whose perpetual light – first in the Sanctuary, then in the Temple, and now that we have no Temple, the more mystical light that shines from every holy place, life and deed – symbolises the Divine light that floods the universe for those who see it through the eyes of faith. To produce this light, something has to be crushed. And here lies the life-changing lesson.

Suffering is bad. Judaism makes no attempt to hide this fact. The Talmud gives an account of various Sages who fell ill. When asked, “Are your sufferings precious to you?” they replied, “Neither they nor their reward.”[3] When they befall us or someone close to us, they can lead us to despair. Alternatively, we can respond stoically. We can practice the attribute of gevurah, strength in adversity. But there is a third possibility. We can respond as Henry responded, with compassion, kindness and love. We can become like the olive which, when crushed, produces the pure oil that fuels the light of holiness.

When bad things happen to good people, our faith is challenged. That is a natural response, not a heretical one. Abraham asked, “Shall the Judge of all the earth not do justice?” Moses asked, “Why have You done harm to this people?” Yet in the end, the wrong question to ask is, “Why has this happened?” We will never know. We are not God, nor should we aspire to be. The right question is, “Given that this has happened, what then shall I do?” To this, the answer is not a thought but a deed. It is to heal what can be healed, medically in the case of the body, psychologically in the case of the mind, spiritually in the case of the soul. Our task is to bring light to the dark places of our and other peoples’ lives.

That is what Henry did. Renata still suffered. So did he. But their spirit prevailed over their body. Crushed, they radiated light. Let no one imagine this is easy. It takes a supreme act of faith. Yet it is precisely here that we feel faith’s power to change lives. Just as great art can turn pain into beauty, so great faith can turn pain into love and holy light.

When you experience suffering, the question to ask is, “Given this has happened, what then shall I do?” for this has an answer not of thought but of deed.