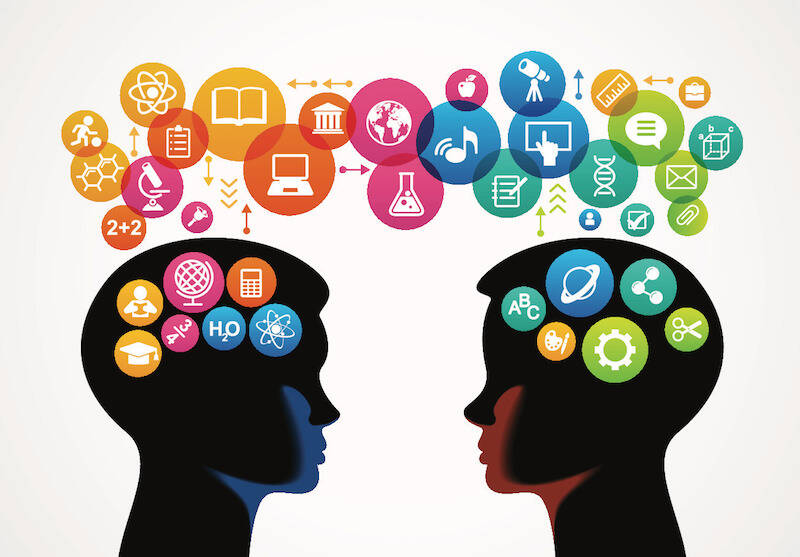 The Netziv (Naftali Zvi Yehuda Berlin, 1816–1893, Dean of the Yeshiva in Volozhin) made the astute observation that Isaac and Rebecca seem to suffer from a lack of communication. He noted that Rebecca’s “relationship with Isaac was not the same as that between Sarah and Abraham or Rachel and Jacob. When they had a problem, they were not afraid to speak about it. Not so with Rebecca.” (Ha’amek Davar to Gen. 24:64)

The Netziv senses this distance from the very first moment Rebecca sees Isaac, as he is “meditating in the field” (Gen. 24:63), at which point she fell off her camel and “covered herself with a veil” (Gen. 24:65). He comments:

She covered herself out of awe and a sense of inadequacy, as if she felt she was unworthy to be his wife, and from then on this trepidation was fixed in her mind.

Their relationship, suggests the Netziv, was never casual, candid, and communicative. The result was, at a series of critical moments, a failure of communication. For instance, it seems likely that Rebecca never informed Isaac of the oracle she had before the twins, Esau and Jacob, were born, in which God told her “the elder will serve the younger” (Gen. 25:23). That, apparently, is one reason she loved Jacob rather than Esau, knowing that he was the one chosen by God. If Isaac had known this foretelling of their sons’ futures, would he still have favoured Esau? He probably did not know, because Rebecca had not told him. That is why, many years later, when she hears that Isaac was about to bless Esau, she is forced into a plan of deception: she tells Jacob to pretend he is Esau. Why does she not simply tell Isaac that it is Jacob who shall be blessed? Perhaps because that would force her to admit that she has kept her husband in ignorance about the prophecy all the years the children were growing up.

Had she spoken to Isaac on the day of the blessing, Isaac might have said something that would have changed the entire course of their, and their children’s, lives. I imagine Isaac saying this: “Of course I know that it will be Jacob and not Esau who will continue the covenant. But I have two quite different blessings in mind, one for each of our sons. I will give Esau a blessing of wealth and power: ‘May God give you the dew of heaven and the richness of the earth … May nations serve you and peoples bow down to you.’ (Gen. 27:28-29) I will give Jacob the blessing God gave Abraham and me, the blessing of children and the Promised Land: ‘May God Almighty bless you and make you fruitful and increase your numbers until you become a community of peoples. May He give you and your descendants the blessing given to Abraham, so that you may take possession of the land where you now reside as a foreigner, the land God gave to Abraham.’” (Gen. 28:3-4).

Isaac never intended to give the blessing of the covenant to Esau. He intended to give each child the blessing that suited them. The entire deceit planned by Rebecca and carried out by Jacob was never necessary in the first place. Why did Rebecca not understand this? Because she and her husband did not communicate.

Now let us count the consequences. Isaac, old and blind, felt betrayed by Jacob. He “trembled violently” when he realised what had happened, saying to Esau, “Your brother came deceitfully.” Esau likewise felt betrayed and experienced such violent hatred towards Jacob that he vowed to kill him. Rebecca was forced to send Jacob into exile, thus depriving herself of the company of the son she loved for more than two decades. As for Jacob, the consequences of the deceit lasted a lifetime, resulting in strife between his wives and even between his children. “Few and evil have been the days of my life” (Gen. 47:9), he said to Pharaoh as an old man. So many lives scarred by one act which was not even necessary in the first place – Isaac did in fact give Jacob “the blessing of Abraham” without any deception, knowing him to be Jacob not Esau.

Such is the human price we pay for a failure to communicate. The Torah is exceptionally candid about such matters, which is what makes it so powerful a guide to life: real life, among real people with real problems. Communication matters. In the beginning God created the natural world with words: “And God said: ‘Let there be’”. We create the social world with words. The Targum translated the phrase, “And man became a living soul,” (Genesis 2:7) as “And man became a speaking soul.” For us, speech is life. Life is relationship. And human relationships are built through communication. We can tell other people our hopes, our fears, our feelings and thoughts.

That is why any leader – from a parent to a CEO – must set as their task good, strong, honest, open communication. That is what makes families, teams and corporate cultures healthy. Everyone must know what their overall aims are as a team, what their specific roles are, what responsibilities they carry, and what values and behaviours they are expected to exemplify. There must be praise for those who do well, as well as constructive criticism when people do badly. Criticism must be of the act, not the person; the person must feel respected whatever their failures. This last feature is one of the fundamental differences between a “guilt morality” of which Judaism is the supreme example, and a “shame morality” like that of ancient Greece (namely, guilt makes a clear distinction between the act and the person, which shame does not).

There are times when much depends on clear communication. It is not too much to say that there are moments when the very fate of the world depends upon this.

One such instance happened during the Cuban Missile Crisis of 1962 when the United States and the Soviet Union were on the brink of nuclear war. At the height of the crisis, as described by Robert McNamara in his film, The Fog of War, John F. Kennedy received two messages from the Soviet leader Nikita Khrushchev. One was conciliatory, the other far more hawkish. Most of Kennedy’s advisers believed that the second represented Khrushchev’s real views and should be taken seriously.

However, one man offered a different perspective. Llewellyn Thompson Jr. had been American ambassador to the Soviet Union from 1957 to 1962 and had come to know the Russian President well. He had even spent a period of time living with Khrushchev and his wife. He told Kennedy that the conciliatory message sounded like Khrushchev’s own personal view while the hawkish letter, which did not sound like him, had probably been written to appease the Russian generals. Kennedy listened to Thompson and gave Khrushchev an opportunity to back down without losing face – and the result being that a potentially devastating war was averted.

It is terrifying to imagine what might have happened, had Thompson not been there to establish which was and which was not the real act of communication.

So many aspects of our lives are impacted by misinformation and enhanced by genuine communication. This is why friends, parents, partners and leaders must establish a culture in which honest, open, respectful communication takes place, and that involves not just speaking but also listening. Without it, tragedy is waiting in the wings.