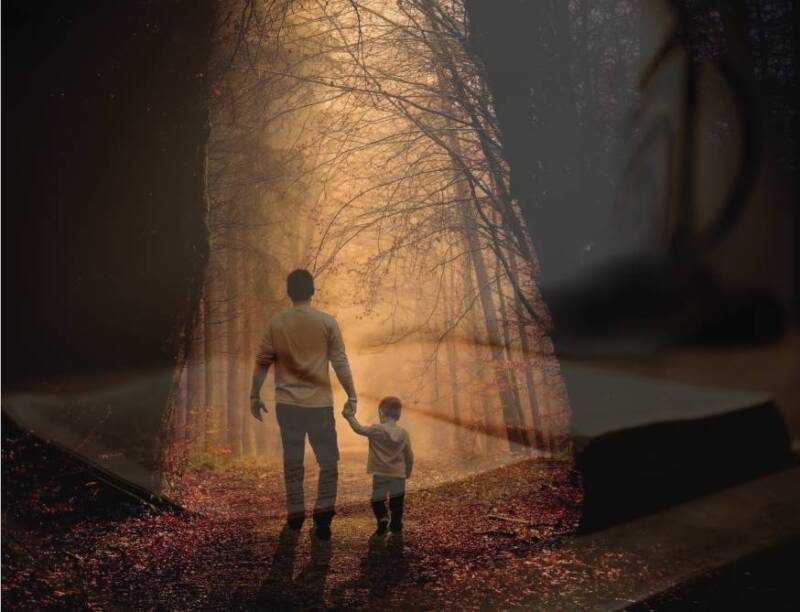 It’s a haunting question. Why did Isaac love Esau? The verse says so explicitly: “Isaac, who had a taste for wild game, loved Esau, but Rebecca loved Jacob” (Gen. 25:28). Whichever way we read this verse, it is perplexing. If we read it literally, it suggests that Isaac’s affections were governed by no more than a taste in a particular kind of food. Surely that is not the way love is earned or given in the Torah.

Rashi, citing a Midrash, suggests that the phrase translated as, “who had a taste for wild game,” and referring to Isaac, in fact refers to Esau, and should be read “there was hunting in his mouth,” meaning that he used to entrap and deceive his father by his words. Esau deceived Isaac into thinking that he was more pious and spiritual than in fact he was.

Bolstering this interpretation, some suggest that Isaac, having grown up in the household of Abraham and Sarah, had never encountered deception before, and was thus, in his innocence, misled by his son. Rebecca, who had grown up in the company of Laban, recognised it very well, which is why she favoured Jacob, and why she was later so opposed to Isaac’s blessing going to Esau.

Yet the text suggests undeniably that there was a genuine bond of love between Esau and Isaac. The Zohar says that no one in the world honoured his father as Esau honoured Isaac.[1] Likewise, Isaac’s love for Esau is evident in his desire to bless him. Note that Abraham did not bless Isaac. Only on his deathbed, did Jacob bless his children. Moses blessed the Israelites on the last day of his life. When Isaac sought to bless Esau, he was old and blind, but not yet on his deathbed: “I am now an old man and don’t know the day of my death” (Gen. 27:2). This was an act of love.

Isaac, who loved Esau, was not deceived as to the nature of his elder son. He knew what he was and what he wasn’t. He knew he was a man of the field, a hunter, mercurial in temperament, a man who could easily give way to violence, quickly aroused to anger, but equally quickly, capable of being distracted and forgetting.

The first blessing, intended for Esau, is about wealth – “May God give you of the dew of heaven and the fat of the earth” – and power, “Let peoples serve you, and nations bow to you.” The second blessing, intended for Jacob as he was leaving home, is about children – “May God Almighty bless you and make you fruitful and increase your numbers until you become a community of peoples” – and a land – “May He give you and your descendants the blessing given to Abraham, so that you may take possession of … the land God gave to Abraham.” The patriarchal blessings are not about wealth and power; they are about children and the land. So Isaac knew all along that the covenant would be continued by Jacob; he was not deceived by Esau. Why then did he love him, encourage him, wish to bless him?

The answer, I believe, lies in three extraordinary silences. The most pointed is the question, What happened to Isaac after the Binding? Look at the text in Genesis 22 and you will see that as soon as the angel has stopped Abraham from sacrificing his son, Isaac drops out of the picture completely. The text tells us that Abraham returned to the two servants who accompanied them on the way, but there is no mention of Isaac.

This is a glaring mystery, tantalising the commentators. Some go so far as to say that Isaac actually died at the Binding and was brought back to life. Ibn Ezra quotes this interpretation and dismisses it.[2] Shalom Spiegel’s The Last Trial is a book-length treatment of this idea.[3] Where was Isaac after the trial of the Binding?

The second silence is the death of Sarah. We read that Abraham came to mourn for Sarah and weep for her. But the primary mourner in Judaism is traditionally the child. It should have been Isaac leading the mourning. But he is not mentioned in the entire chapter 23 that relates to Sarah’s death and its consequences.

The third is in the narrative in which Abraham instructed his servant to find a wife for his son. There is no record in the text that Abraham consulted with Isaac his son, or even informed him. Abraham knew that a wife was being sought for Isaac; Abraham’s servant knew; but we have no idea as to whether Isaac knew, and whether he had any thoughts on the subject. Did he want to get married? Did he have any particular preference as to what his wife should be like? The text is silent. Only when the servant returns with his wife-to-be, Rebecca, does Isaac enter the narrative at all.

The text itself is significant: “Isaac had come from Be’er Lahai Roi.” What was this place? We have encountered it only once before. It is where the angel appeared to Hagar when, pregnant, she fled from Sarah who was treating her harshly (Gen. 16:14). An ingenious Midrash says that when Isaac heard that Abraham had sent his servant to find a wife for him, he said to himself, “Can I live with a wife while my father lives alone? I will go and return Hagar to him.”[4] A later text tells us that “After Abraham’s death, God blessed his son Isaac, who then lived near Be’er Lahai Roi” (Gen. 25:11). On this, the Midrash says that even after his father’s death, Isaac lived near Hagar and treated her with respect.[5]

What does all this mean? We can only speculate. But if the silences mean something, they suggest that even an arrested sacrifice still has a victim. Isaac may not have died physically, but the text seems to make him disappear, literarily, through three scenes in which his presence was central. He should have been there to greet and be greeted by the two servants on his safe return from Mount Moriah. He should have been there to mourn his departed mother Sarah. He should have been there to at least discuss, with his father and his father’s servant, his future wife. Isaac did not die on the mountain, but it seems as if something in him did die, only to be revived when he married. The text tells us that Rebecca “became his wife, and he loved her; and Isaac was comforted after his mother’s death.”

That seems to be the message of the silences. The significance of Beer Lahai Roi seems to be that Isaac never forgot how Hagar and her son – his half-brother Ishmael – had been sent away. The Midrash says that Isaac reunited Hagar with Abraham after Sarah’s death. The biblical text tells us that Isaac and Ishmael stood together at Abraham’s grave (Gen. 25:9). Somehow the divided family was reunited, seemingly at the instigation of Isaac.

If this is so, then Isaac’s love for Esau is simply explained. It is as if Isaac had said: I know what Esau is. He is strong, wild, unpredictable, possibly violent. It is impossible that he should be the person entrusted with the covenant and its spiritual demands. But this is my child. I refuse to sacrifice him, as my father almost sacrificed me. I refuse to send him away, as my parents sent Hagar and Ishmael away. My love for my son is unconditional. I do not ignore who or what he is. But I will love him anyway, even if I do not love everything he does – because that is how God loves us, unconditionally, even if He does not love everything we do. I will bless him. I will hold him close. And I believe that one day that love may make him a better person than he might otherwise have been.

In this one act of loving Esau, Isaac redeemed the pain of two of the most difficult moments in his father Abraham’s life: the sending away of Hagar and Ishmael and the Binding of Isaac.

I believe that love helps heal both the lover and the loved.