The Tragedy of Good Intentions 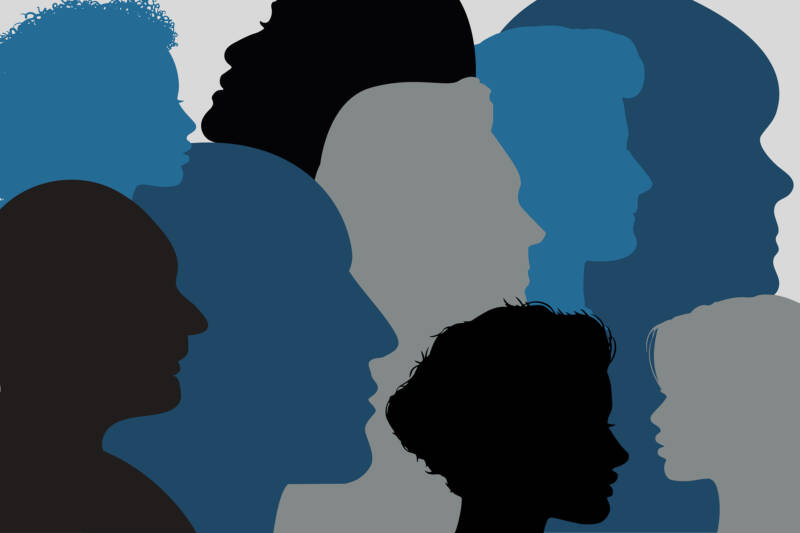 It is the deep, reverberating question at the heart of Toldot. Why did Rebecca tell Jacob to deceive Isaac and take Esau’s blessing? Her instruction is brisk and peremptory:

“Now, my son, listen carefully and do what I tell you: Go now to the flock and bring me two choice young goats, so I can prepare some tasty food for your father, just the way he likes it. Then take it to your father to eat, so that he may give you his blessing before he dies.”

Rebecca’s reaction was extraordinary. Although the situation had only just arisen – she could not have known in advance that Isaac was about to bless Esau, or that he would request some venison first – yet her plan was immediate, detailed and complete. She had no doubts or hesitations. She was determined to seize the moment. When Jacob raised concerns – What if Isaac is not deceived? What if he touches my skin and knows immediately that I am not Esau? – her reply is brief and blunt.

“My son, let the curse fall on me. Just do what I say; go and get them for me”

Our question tends to be: how could Jacob deceive his father? Yet the real question is about Rebecca. It was her plan, not his. How did she consider it permissible [1] to deceive her husband, [2] to deprive Esau of his father’s blessing, and [3] to order Jacob to commit an act of dishonesty? Jacob on his own would not have conceived such a plan. He was an ish tam, meaning “a simple, straightforward, plain, quiet, innocent man, a man of integrity” (Gen. 25:27)? How then did Rebecca come to do what she did?

There are three possible answers. The first: she loved Jacob (Gen. 25:28). She preferred him to Esau. She knew Isaac felt otherwise. So she was driven by maternal instinct. She wanted her beloved son to be blessed.

This is an unlikely answer. The patriarchs and matriarchs are role models. They were not driven by mere instinct or vicarious ambition. Rebecca was not Lady Macbeth. Nor was she Bat-sheva, engaging in court politics to ensure that her son, Solomon, would inherit David’s throne (see 1 Kings 1). It would be a serious misreading to read the narrative this way.

The second possibility is that she believed strongly that Esau was the wrong person to inherit the blessing. She had already seen how readily he had sold his birthright and “despised” it (Gen. 25:31-34). She did not believe a “hunter” and “a man of the field” fitted the template of the Abrahamic covenant. She knew that this was one of the reasons why God chose Isaac not Ishmael, because Ishmael was destined to be “a wild ass of a man” (Gen. 16:12). She knew that Isaac loved Esau but felt – for various reasons, depending on which commentary one follows – that he was blind to his faults. It was vital to the future of the covenant that it be entrusted to the child who had the right qualities to live by its high demands.

“Two nations are in your womb, and two peoples from within you will be separated; one people will be stronger than the other, and the older will serve the younger”

Jacob was the younger. Therefore, Rebecca must have assumed, he was destined to receive the blessing.

Possibilities two and three make sense, but only at the cost of raising a more fundamental question. Did Rebecca share her thoughts with Isaac? If she did, then why did Isaac persist in seeking to bless Esau? If she did not, then why not?

It is here that we must turn to a fundamental insight of the Netziv (R. Naftali Zvi Yehudah Berlin, 1816-1893). What is fascinating is that Netziv makes his comment, not on this week’s parsha, but on last week’s – the first time Rebecca set eyes on her husband-to-be. Recall that Isaac did not choose his wife. Abraham entrusted that task to his servant. Servant and bride-to-be are travelling back by camel, and as they approach Abraham’s tents, Rebecca sees a figure in the distance

Now Isaac had come from Beer Lahai Roi, for he was living in the Negev. He went out to the field one evening to meditate, and as he looked up, he saw camels approaching. Rebecca also looked up and saw Isaac. She got down from her camel and asked the servant, “Who is that man in the field coming to meet us?” “He is my master,” the servant answered. So she took her veil and covered herself.

On this Netziv comments,

“She covered herself out of awe and a sense of inadequacy as if she felt she was unworthy to be his wife, and from then on this trepidation was fixed in her mind. Her relationship with Isaac was not the same as that between Sarah and Abraham or Rachel and Jacob. When they had a problem they were not afraid to speak about it. Not so with Rebecca”

Netziv understood that in this description of the first encounter between Rebecca and Isaac, nothing is incidental. The text emphasizes distance in every sense. Isaac is physically far away when Rebecca spots him. He is also mentally far away: meditating, deep in thought and prayer. Rebecca imposes her own distance by covering herself with a veil.

The distance goes deeper still. Isaac is the most withdrawn of the patriarchs. Rarely do we see him as the initiator of a course of action. The events of his life seem to mirror those of his father. The Torah associates him with pachad, “fear” (Gen. 31:42). Jewish mysticism connected him with gevurah, best understood as “self-restraint.” This is the man who had been bound as a sacrifice on an altar, whose life had been reprieved only at the last moment. Isaac, whether because of the trauma of that moment or because of the inhibiting effect of having a strong father, is a man whose emotions often lie too deep for words.

No wonder, then, that he loves Rebecca on the one hand, Esau on the other. What these two very different people have in common is that they so unlike him. They are both brisk and action-oriented. Their “native hue of resolution” is not “sicklied o’er by the pale cast of thought.” No wonder, too, that Rebecca hesitates before speaking to him.

Just before the episode of the blessing, another scene takes place, apparently unrelated to what follows. There is a famine in the land. Isaac and Rebecca are forced into temporary exile as Abraham and Sarah had been twice before. On God’s instructions, they go to Gerar. There, just as Abraham had done, Isaac passes off his wife as his sister, afraid that he might be killed so that his wife could be taken into the royal harem. Something happens, however, to disclose the truth

“When Isaac had been there a long time, Abimelekh king of the Philistines looked down from a window and saw Isaac caressing [metzachek] his wife Rebecca.

We tend to miss the significance of this scene. It is the only one in which Isaac is the subject of the verb tz-ch-k. Yet this is the root of Isaac’s name, Yitzchak, meaning “he will laugh.” It is the one scene of intimacy between Isaac and Rebecca. It is the only episode in which Isaac, as it were, is true to his name. Yet it nearly brings disaster. Abimelech is furious that Isaac has been economical with the truth. It is the first of a series of disputes with the Philistines.

Did this reinforce Isaac’s belief that he could never relax? Did it confirm Rebecca’s belief that she could never be fully intimate with her husband? Perhaps so, perhaps not. But Netziv’s point remains. Rebecca felt unable to share with Isaac the oracle she had received before the twins’ birth and the doubts she had about Esau’s suitability for the blessing. Her inability to communicate led to the deception, which brought a whole series of tragedies in its wake, among them the fact that Jacob was forced to flee for his life, as well as the counter-deception perpetrated against him by his father-in-law Laban.

It is hard to avoid the conclusion that the Torah is telling us that communication is vital, however hard it is. Rebecca acts at all times out of the highest of motives. She holds back from troubling Isaac out of respect for his inwardness and privacy. She does not want to disillusion him about Esau, the son he loves. She does not want to trouble him with her oracle, suggesting as it did that the two boys would be locked into a lifelong struggle. Yet the alternative – deception – is worse.

We have here a story of the tragedy of good intentions. Honesty and openness are at the heart of strong relationships.

Whatever our fears and trepidations, it is better to speak the truth than practice even the most noble deception.