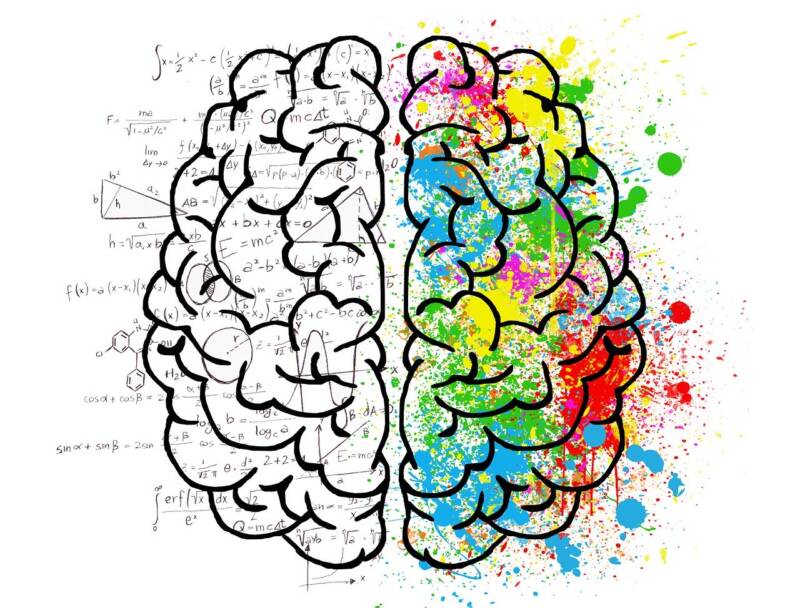 The institution of the Haftarah – reading a passage from the prophetic literature alongside the Torah portion – is an ancient one, dating back at least 2000 years. Scholars are not sure when, where, and why it was instituted. Some say that it began when Antiochus IV’s attempt to eliminate Jewish practice in the second century BCE sparked the revolt we celebrate on Chanukah. At that time, so the tradition goes, public reading from the Torah was forbidden. So the Sages instituted that we should read a prophetic passage whose theme would remind people of the subject of the weekly Torah portion.

Another view is that it was introduced to protest the views of the Samaritans, and later the Sadducees, who denied the authority of the prophetic books except the book of Joshua.

The existence of haftarot in the early centuries CE is, however, well attested. Early Christian texts, when relating to Jewish practice, speak of “the Law and the Prophets,” implying that the Torah (Law) and Haftarah (Prophets) went hand-in-hand and were read together. Many early Midrashim connect verses from the Torah with those from the haftarah. So the pairing is ancient.

Often the connection between the parsha and the haftarah is straightforward and self-explanatory. Sometimes, though, the choice of prophetic passage is instructive, telling us what the Sages understood as the key message of the parsha.

Consider the case of Beshallach. At the heart of the parsha is the story of the division of the Red Sea and the passage of the Israelites through the sea on dry land. This is the greatest miracle in the Torah. There is an obvious historical parallel. It appears in the book of Joshua. The river Jordan divided allowing the Israelites to pass over on dry land: “The water from upstream stopped flowing. It piled up in a heap a great distance away … The Priests who carried the ark of the covenant of the Lord stopped in the middle of the Jordan and stood on dry ground, while all Israel passed by until the whole nation had completed the crossing on dry ground.” (Josh. ch. 3).

This, seemingly, should have been the obvious choice as haftarah. But it was not chosen. Instead, the Sages chose the song of Devorah from the book of Judges. This tells us something exceptionally significant: that tradition judged the most important event in Beshallach to be not the division of the sea but rather the song the Israelites sang on that occasion: their collective song of faith and joy.

This suggests strongly that the Torah is not humanity’s book of God but God’s book of humankind. Had the Torah been the our book of God, the focus would have been on the Divine miracle. Instead, it is on the human response to the miracle.

So the choice of haftarah tells us much about what the Sages took to be the parsha’s main theme. But there are some haftarot that are so strange that they deserve to be called paradoxical, since their message seems to challenge rather than reinforce that of the parsha. One classic example is the haftarah for the morning of Yom Kippur, from the 58th chapter of Isaiah, one of the most astonishing passages in the prophetic literature:

Is this the fast I have chosen – a day when a man will oppress himself? … Is this what you call a fast, “a day for the Lord’s favour”? No: this is the fast I choose. Loosen the bindings of evil and break the slavery chain. Those who were crushed, release to freedom; shatter every yoke of slavery. Break your bread for the starving and bring dispossessed wanderers home. When you see a person naked, clothe them: do not avert your eyes from your own flesh.

The message is unmistakable. We spoke of it in last week’s Covenant and Conversation. The commands between us and God and those between us and our fellows are inseparable. Fasting is of no use if at the same time you do not act justly and compassionately to your fellow human beings. You cannot expect God to love you if you do not act lovingly to others. That much is clear.

But to read this in public on Yom Kippur, immediately after having read the Torah portion describing the service of the High Priest on that day, together with the command to “afflict yourselves,” is jarring to the point of discord. Here is the Torah telling us to fast, atone and purify ourselves, and here is the Prophet telling us that none of this will work unless we engage in some kind of social action, or at the very least behave honourably toward others. Torah and haftarah are two voices that do not sound as if they are singing in harmony.

The other extreme example is the haftarah for today’s parsha. Tzav is about the various kinds of sacrifices. Then comes the haftarah, with Jeremiah’s almost incomprehensible remark:

For when I brought your ancestors out of Egypt and spoke to them, I did not give them commands about burnt offerings and sacrifices, but I gave them this command: Obey Me, and I will be your God and you will be My people. Walk in obedience to all I command you, that it may go well with you.

This seems to suggest that sacrifices were not part of God’s original intention for the Israelites. It seems to negate the very substance of the parsha.

What does it mean? The simplest interpretation is that it means “I did not only give them commands about burnt offerings and sacrifices.” I commanded them but they were not the whole of the law, nor were they even its primary purpose.

A second interpretation is the famously controversial view of Maimonides that the sacrifices were not what God would have wanted in an ideal world. What He wanted was avodah: He wanted the Israelites to worship Him. But they, accustomed to religious practices in the ancient world, could not yet conceive of avodah shebalev, the “service of the heart,” namely prayer. They were accustomed to the way things were done in Egypt (and virtually everywhere else at that time), where worship meant sacrifice. On this reading, Jeremiah meant that from a Divine perspective sacrifices were bedi’avad not lechatchilah, an after-the-fact concession not something desired at the outset.

A third interpretation is that the entire sequence of events from Exodus 25 to Leviticus 25 was a response to the episode of the Golden Calf. This, I have argued elsewhere, represented a passionate need on the part of the people to have God close not distant, in the camp not at the top of the mountain, accessible to everyone not just Moses, and on a daily basis not just at rare moments of miracle. That is what the Tabernacle, its service and its sacrifices represented. It was the home of the Shechinah, the Divine Presence, from the same root as sh-ch-n, “neighbour.” Every sacrifice – in Hebrew korban, meaning “that which is brought near” – was an act of coming close. So in the Tabernacle, God came close to the people, and in bringing sacrifices, the people came close to God.

This was not God’s original plan. As is evident from Jeremiah here and the covenant ceremony in Exodus 19-24, the intention was that God would be the people’s sovereign and lawmaker. He would be their king, not their neighbour. He would be distant, not close (see Ex. 33:3). The people would obey His laws; they would not bring Him sacrifices on a regular basis. God does not need sacrifices. But God responded to the people’s wish, much as He did when they said they could not continue to hear His overwhelming voice at Sinai: “I have heard what this people said to you. Everything they said was good” (Deut. 5:25). What brings people close to God has to do with people, not God. That is why sacrifices were not God’s initial intent but rather the Israelites’ spiritual-psychological need: a need for closeness to the Divine at regular and predictable times.

What connects these two haftarot is their insistence on the moral dimension of Judaism. As Jeremiah puts it in the closing verse of the haftarah, “I am the Lord, who exercises kindness, justice and righteousness on earth, for in these I delight,” (Jer. 9:23). That much is clear. What is genuinely unexpected is that the Sages joined sections of the Torah and passages from the prophetic literature so different from one another that they sound as if coming from different universes with different laws of gravity.

That is the greatness of Judaism. It is a choral symphony scored for many voices. It is an ongoing argument between different points of view. Without detailed laws, no sacrifices. Without sacrifices in the biblical age, no coming close to God. But if there are only sacrifices with no prophetic voice, then people may serve God while abusing their fellow humans. They may think themselves righteous while they are, in fact, merely self-righteous.
The Priestly voice we hear in the Torah readings for Yom Kippur and Tzav tells us what and how. The Prophetic voice tells us why. They are like the left and right hemispheres of the brain; or like hearing in stereo, or seeing in 3D. That is the complexity and richness of Judaism, and it was continued in the post-biblical era in the different voices of halachah and Aggadah.

Put priestly and prophetic voices together and we see that ritual is a training in ethics. Repeated performance of sacred acts reconfigures the brain, reconstitutes the personality, reshapes our sensibilities. The commandments were given, said the Sages, to refine people.[1] The external act influences inner feeling. “The heart follows the deed,” as the Sefer ha-Chinuch puts it.[2]

I believe that this fugue between Torah and Haftarah, Priestly and Prophetic voices, is one of Judaism’s great glories. We hear both how to act and why. Without the how, action is lame; without the why, behaviour is blind. Combine Priestly detail and Prophetic vision and you have spiritual greatness.