The Courage of Identity Crises 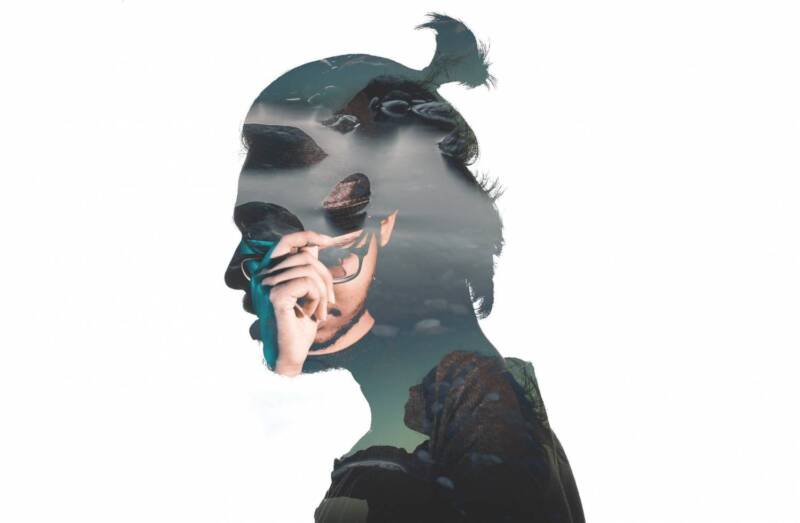 Good leaders know their own limits. They do not try to do it all themselves. They build teams. They create space for people who are strong where they are weak. They understand the importance of checks and balances and the separation of powers. They surround themselves with people who are different from them. They understand the danger of concentrating all power in a single individual. But learning your limits, knowing there are things you cannot do – even things you cannot be – can be a painful experience. Sometimes it involves an emotional crisis.

The Torah contains four fascinating accounts of such moments. What links them is not words but music. From quite early on in Jewish history, the Torah was sung, not just read. Moses at the end of his life calls the Torah a song.[1] Different traditions grew up in Israel and Babylon, and from around the tenth century onward the chant began to be systematised in the form of the musical notations known as ta’amei ha-mikra, cantillation signs, devised by the Tiberian Masoretes (guardians of Judaism’s sacred texts). One very rare note, known as a shalshelet (chain), appears in the Torah four times only. Each time it is a sign of existential crisis. Three instances are in the book of Genesis. The fourth is in our parsha. As we will see, the fourth is about leadership. In a broad sense, the other three are as well.

The first instance occurs in the story of Lot. After Lot separated from his uncle Abraham he settled in Sodom. There he assimilated into the local population. His daughters married local men. He himself sat in the city gate, a sign that he had been made a Judge. Then two visitors come to tell him to leave, for God is about to destroy the city. Yet Lot hesitates, and above the word for “hesitates” – vayitmamah – is a shalshelet. (Gen. 19:16). Lot is torn, conflicted. He senses that the visitors are right. The city is indeed about to be destroyed. But he has invested his whole future in the new identity he has been carving out for himself and his daughters. The angels then forcibly take him out of the city to safety – had they not done so, he would have delayed until it was too late.

The second shalshelet occurs when Abraham asks his servant – traditionally identified as Eliezer – to find a wife for Isaac his son. The commentators suggest that Eliezer felt a profound ambivalence about his mission. Were Isaac not to marry and have children, Abraham’s estate would eventually pass to Eliezer or his descendants. Abraham had already said so before Isaac was born: “Sovereign Lord, what can You give me since I remain childless and the one who will inherit my estate is Eliezer of Damascus?” (Gen. 15:2). If Eliezer succeeded in his mission, bringing back a wife for Isaac, and if the couple had children, then his chances of one day acquiring Abraham’s wealth would disappear completely. Two instincts warred within him: loyalty to Abraham and personal ambition. The verse states:

Eliezer’s loyalty to Abraham won, but not without a deep struggle. Hence the shalshelet.

The third shalshalet brings us to Egypt and the life of Joseph. Sold by his brothers as a slave, he is now working in the house of an eminent Egyptian, Potiphar. Left alone in the house with his master’s wife, he finds himself the object of her desire. He is handsome. She wants him to sleep with her. He refuses. To do such a thing, he says, would be to betray his master, her husband. It would be a sin against God. Yet over “he refused” is a shalshelet, (Genesis 39:8) indicating – as some rabbinic sources and mediaeval commentaries suggest – that he did so at the cost of considerable effort.[2] He nearly succumbed. This was more than the usual conflict between sin and temptation. It was a conflict of identity. Recall that Joseph was living in a new and strange land. His brothers had rejected him. They had made it clear that they did not want him as part of their family. Why then should he not, in Egypt, do as the Egyptians do? Why not yield to his master’s wife if that is what she wanted? The question for Joseph was not just, “Is this right?” but also, “Am I an Egyptian or a Jew?”

All three episodes are about inner conflict, and all three are about identity. There are times when each of us has to decide, not just “What shall I do?” but “What kind of person shall I be?” That is particularly fateful in the case of a leader, which brings us to episode four, this time with Moses in the central role.

After the sin of the Golden Calf, Moses had, at God’s command instructed the Israelites to build a Sanctuary which would be, in effect, a permanent symbolic home for God in the midst of the people. By now the work is complete and all that remains is for Moses to induct his brother Aaron and Aaron’s sons into office. He robes Aaron with the special garments of the High Priest, anoints him with oil, and performs the various sacrifices appropriate to the occasion. Over the word vayishchat, “and he slaughtered [the sacrificial ram]” (Lev. 8:23) there is a shalshelet. By now we know that this means there was an internal struggle in Moses’ mind. But what was it? There is not the slightest sign in the text that suggests that he was undergoing a crisis.

Yet a moment’s thought makes it clear what Moses’ inner turmoil was about. Until now he had led the Jewish people. Aaron had assisted him, accompanying him on his missions to Pharaoh, acting as his spokesman, aide and second-in-command. Now, however, Aaron was about to undertake a new leadership role in his own right. No longer would he be one step behind Moses. He would do what Moses himself could not. He would preside over the daily offerings in the Tabernacle. He would mediate the avodah, the Israelites’ sacred service to God. Once a year on Yom Kippur he would perform the service that would secure atonement for the people from its sins. No longer in Moses’ shadow, Aaron was about to become the one kind of leader Moses was not destined to be: a High Priest.

The Talmud adds a further dimension to the poignancy of the moment. At the Burning Bush, Moses had repeatedly resisted God’s call to lead the people. Eventually God told him that Aaron would go with him, helping him speak (Ex. 4:14-16). The Talmud says that at that moment Moses lost the chance to be a Priest:

That is Moses’ inner struggle, conveyed by the shalshelet. He is about to induct his brother into an office he himself will never hold. Things might have been otherwise – but life is not lived in the world of “might have been.” He surely feels joy for his brother, but he cannot altogether avoid a sense of loss. Perhaps he already senses what he will later discover, that though he was the Prophet and liberator, Aaron will have a privilege Moses will be denied, namely, seeing his children and their descendants inherit his role. The son of a Priest is a Priest. The son of a Prophet is rarely a Prophet.

What all four stories tell us is that there comes a time for each of us when we must make an ultimate decision as to who we are. It is a moment of existential truth. Lot is a Hebrew, not a citizen of Sodom. Eliezer is Abraham’s servant, not his heir. Joseph is Jacob’s son, not an Egyptian of loose morals. Moses is a Prophet, not a Priest. To say ‘Yes’ to who we are, we have to have the courage to say ‘No’ to who we are not. Pain and struggle is always involved in this type of conflict. That is the meaning of the shalshelet. But we emerge less conflicted than we were before.

A leader should never try to be all things to all people. A leader should be content to be who they are. Leaders must have the strength to know what they cannot be if they are to have the courage to be truly their best selves.