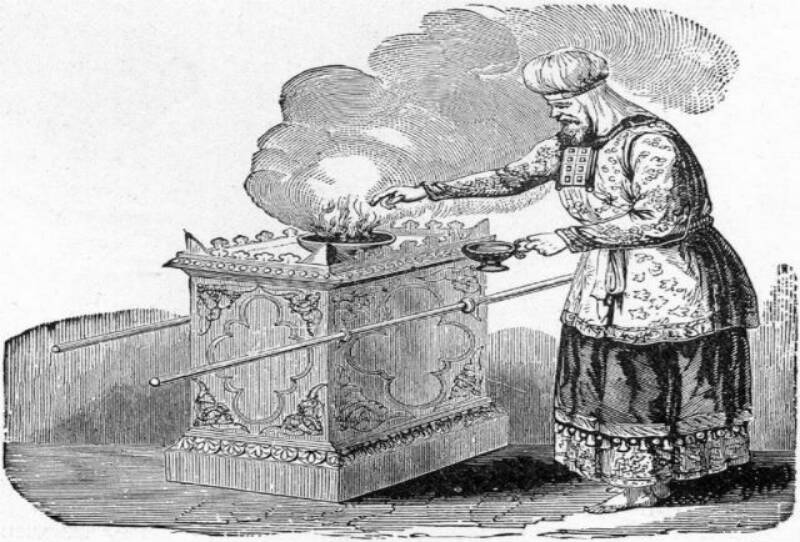 One of the most difficult elements of the Torah and the way of life it prescribes is the phenomenon of animal sacrifices – for obvious reasons. First, Jews and Judaism have survived without them for almost two thousand years. Second, virtually all the prophets were critical of them, not least Jeremiah in this week’s haftarah.[1] None of the prophets sought to abolish sacrifices, but they were severely critical of those who offered them while at the same time oppressing or exploiting their fellow human beings. What disturbed them – what disturbed God in whose name they spoke – was that evidently some people thought of sacrifices as a kind of bribe: if we make a generous enough gift to God then He may overlook our crimes and misdemeanours. This is an idea radically incompatible with Judaism.

Then again, along with monarchy, sacrifices were among the least distinctive features of Judaism in ancient times. Every ancient religion in those days, every cult and sect, had its altars and sacrifices. Finally, it remains remarkable how simply and smoothly the Sages were able to construct substitutes for sacrifice, three in particular: prayer, study and tzedakah. Prayer, particularly Shacharit, Minchah and Musaf, took the place of the regular offerings. One who studies the laws of sacrifice is as if he had brought a sacrifice. And one who gives to charity brings, as it were, a financial sacrifice, acknowledging that all we have we owe to God.

So, though we pray daily for the rebuilding of the Temple and the restoration of sacrifices, the principle of sacrifice itself remains hard to understand. Many theories have been advanced by anthropologists, psychologists and Bible scholars as to what the sacrifices represented, but most are based on the questionable assumption that sacrifice is essentially the same act across cultures. This is poor scholarship. Always seek to understand a practice in terms of the distinctive beliefs of the culture in which it takes place. What could sacrifice possibly mean in a religion in which God is the creator and owner of all?

What, then, was sacrifice in Judaism and why does it remain important, at least as an idea, even today? The simplest answer – though it does not explain the details of the different kinds of offering – is this: We love what we are willing to make sacrifices for. That is why, when they were a nation of farmers and shepherds, the Israelites demonstrated their love of God by bringing Him a symbolic gift of their flocks and herds, their grain and fruit; that is, their livelihood. To love is to thank. To love is to want to bring an offering to the Beloved. To love is to give.[2] Sacrifice is the choreography of love.

We see this in the Hebrew word for sacrifice itself: the noun korban, and the verb lehakriv, which mean, “to come, or bring close”. The name of God invariably used in connection with the sacrifices is Hashem, God in his aspect of love and compassion, never Elokim, God as justice and distance. The word Elokim occurs only five times in the whole of the book of Vayikra, and always in the context of other nations. The word Hashem appears 209 times. And as we saw last week, the very name of the book, Vayikra, means to summon in love. Where there is love, there is sacrifice.

Once we realise this we begin to understand how deeply relevant the concept of sacrifice is in the twenty-first century. The major institutions of the modern world – the liberal democratic state and the free-market economy – were predicated on the model of the rational actor, that is, one who acts to maximise the benefits to him- or herself.

Hobbes’ account of the social contract was that it is in the interests of each of us to hand over some of our rights to a central power charged with ensuring the rule of law and the defence of the realm. Adam Smith’s insight into the market economy was that if we each act to maximise our own advantage, the result is the growth of the common-wealth. Modern politics and economics were built on the foundation of the rational pursuit of self-interest.

There was nothing wrong with this. It was done for the highest of motives. It was an attempt to create peace in a Europe that had for centuries been ravaged by war. The democratic state and the market economy were serious attempts to harness the power of self-interest to combat the destructive passions that led to violence.[3] The fact that politics and economics were based on self-interest did not negate the possibility that families and communities were sustained by altruism. It was a good system, not a bad one.

Now, however, after several centuries, the idea of love-as-sacrifice has grown thin in many areas of life. We see this specifically in relationships. Throughout the West, fewer people are getting married, they are getting married later, and almost half of marriages end in divorce. Throughout Europe, indigenous populations are in decline. To have a stable population, a country must have an average birth rate of 2.1 children per female. In 2015 the average birth-rate throughout the European Union was 1.55. In Spain it was 1.27. Germany has the lowest birth-rate of any country in the world.[4] That is why the population of Europe is today rendered stable only on the basis of unprecedented rates of immigration.

Lose the concept of sacrifice within a society, and sooner or later marriage falters, parenthood declines, and the society slowly ages and dies. My late predecessor, Lord Jakobovits, had a lovely way of putting this. The Talmud says that when a man divorces his first wife, “the altar sheds tears” (Gittin 90b). What is the connection between the altar and a marriage? Both, he said, are about sacrifices. Marriages fail when the partners are unwilling to make sacrifices for one another.

Jews and Judaism survived despite the many sacrifices people had to make for it. In the eleventh century Judah Halevi expressed something closer to awe at the fact that Jews stayed Jewish despite the fact that “with a word lightly spoken” they could have converted to the majority faith and lived a life of relative ease (Kuzari 4:23) Equally possible though is that Judaism survived because of those sacrifices. Where people make sacrifices for their ideals, the ideals stay strong. Sacrifice is an expression of love.

Not all sacrifice is holy. Today’s suicide bombers sacrifice their lives and those of their victims in a way I have argued (in Not In God’s Name) is sacrilege. Indeed the very existence of animal sacrifice in the Torah may have been a way of preventing people from offering human sacrifice in the form of violence and war. But the principle of sacrifice remains. It is the gift we bring to what and whom we love.

[1] Jeremiah 7:22, “When I freed your fathers from the land of Egypt, I did not speak with them or command them concerning burnt offerings or sacrifice” – a remarkable statement. See Rashi and Radak ad loc., and especially Maimonides, Guide for the Perplexed, III: 32.
[2] The verb “to love” – a-h-v – is related to the verbs h-v-h, h-v-v and y-h-v, all of which have the sense of giving, bringing, or offering.
[3] The classic text is A. O. Hirschman, The Passions and the Interests, Princeton University Press, 1977.
[4] The Observer, 23 August 2015.