Freewill: Use It or Lose It 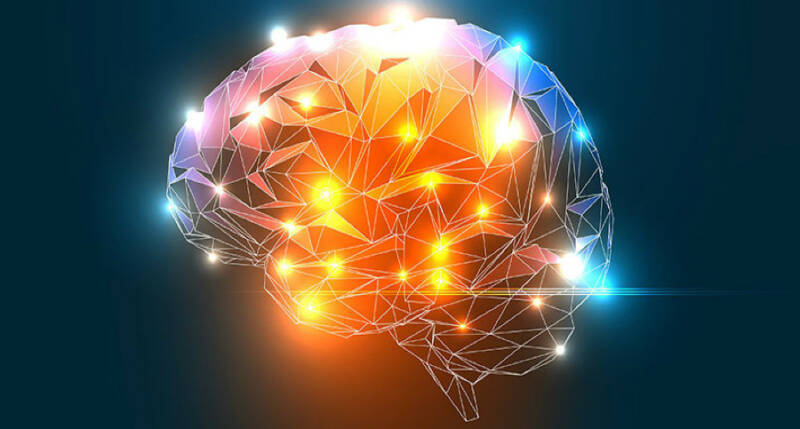 Hence the problem that troubled the Sages and later commentators: if God was the cause and Pharaoh merely His passive vehicle, what was his sin? He had no choice, therefore no responsibility, therefore no culpability. The commentators give a broad range of answers. One: Pharaoh’s loss of freewill during the last five plagues was a punishment for his obstinacy in the first five, where he acted freely.[1] Two: the relevant verb, ch-z-k, does not mean “to harden” but “to strengthen.” God was not taking away Pharaoh’s freewill but, to the contrary, preserving it in the face of the overwhelming disasters that were hitting Egypt.[2] Three: God is a partner in all human action, but we only usually attribute an act to God if it seems inexplicable in ordinary human terms. Pharaoh acted freely throughout, but it was only during the last five plagues that his behaviour was so strange that it was attributed to God.[3]

Note how reluctant the commentators were to take the text at face value – rightly so because freewill is one of the fundamental beliefs of Judaism. Maimonides explains why: If we had no free will there would be, he says, no point to the commands and prohibitions, since we would behave as we were predestined to, regardless of what the law is. Nor would there be any justice in reward or punishment since neither the righteous nor the wrongdoer is free to be other than what they are.[4]

So the problem is an ancient one.[5]  But it has become much more salient in modern times because of the sheer accumulation of challenges to the belief in human freedom. Marx said history is formed by the play of economic forces. Freud argued that we are what we are because of unconscious drives. Neo-Darwinians say that however we rationalise our behaviour, we do what we do because people who behaved this way in the past survived to hand on their genes to future generations. Most recently, neuroscientists have shown, using fMRI scans, that in some cases our brain registers a decision up to seven seconds before we are consciously aware of it.[6]

All of this is interesting and important, but contemporary secularists usually fail to see what the ancient Sages knew: that if we genuinely lack freewill, our entire sense of what it is to be human will crumble into dust. There is a glaring contradiction at the heart of our culture. On the one hand, secularists believe that nothing should constrain our freedom to choose to do whatever we want to do, or be whatever we want to be, so long as we do not harm others. Their supreme value is autonomous choice. On the other hand, secularists tell us that human freedom does not exist. Why then should we invoke freedom-to-choose as a value if it is, according to science, an illusion?

If hard determinism is true, there is no reason to honour liberty or create a free society. To the contrary: we should embrace Aldous Huxley’s Brave New World, where children are conceived and hatched in laboratories, and adults programmed to stay happy by a regime of drugs and pleasure. We should implement the scenario of Anthony Burgess’s The Clockwork Orange, in which criminals are reformed by brain surgery or conditioning. If freedom does not exist, why be bothered by the addictive nature of computer games and social media? Why prefer genuine reality to virtual reality? It was Nietzsche who rightly observed that the greater our scientific achievements, the lower our view of the human person. No longer the image of God, we have become mere incarnated algorithms.

The truth is that the more we understand about the human brain, the better able we are to describe what free action really is. At present, scientists distinguish between the amygdala, the most primitive part of the brain, conditioned to sensitise us to potential danger; the limbic system, sometimes called the “social brain,” which is responsible for much of our emotional life; and the prefrontal cortex, which is analytical and capable of dispassionately weighing the consequences of alternative choices.[7] The tensions between these three form the arena within which personal freedom is won or lost.

Patterns of behaviour are shaped by neural pathways connecting different parts of the brain, but not all of them are good for us. So, for instance, we might turn to drugs or binge eating or thrill-seeking to distract us from some of the unhappy chemicals – fears and anxieties, for instance – that are also part of the architecture of the brain. The more often we do so, the more myelin gets wrapped around the pathway, and the more rapid and instinctive the behaviour. So the more often we behave in certain ways, the harder it is to break the habit and create a new and different pathway. To do so requires the acquisition of new habits, acted on consistently for an extended period of time. Current scientific thinking suggests that a minimum of 66 days is needed to form a new habit.[8]

So we now have a scientific way of explaining the hardening taking place in Pharaoh’s heart. Having established a pattern of response to the first five plagues, he would find it progressively more difficult at every level – neuro-scientifically, psychologically and politically – to change. The same is true of every bad habit and political decision. Almost all our structures, mental and social, tend to reinforce previous patterns of behaviour. So our freedom diminishes every time we fail to exercise it.

If so, then today’s parsha and contemporary science tell the same story: that freedom is not a given, nor is it an absolute. We have to work for it. We acquire it slowly in stages, and we can lose it, as Pharaoh lost his, and as drug addicts, workaholics, and people addicted to computer games lose theirs. In one of the most famous opening lines in all literature, Jean-Jacques Rousseau wrote, at the beginning of The Social Contract, that “Man is born free and everywhere he is in chains.” In fact, the opposite is true. Our early character is determined partly by DNA – the genetic heritage of our parents and theirs – partly by our home and upbringing, partly by our friends[9], and partly by the surrounding culture. We are not born free. We have to work hard to achieve freedom.

That takes rituals, whose repeated performance creates new neural pathways and new rapid-response behaviour. It requires a certain calibrated distance from the surrounding culture, if we are not to be swept away by social fads and fashions that seem liberating now but destructive in retrospect. It needs a mental mindset that pauses before any significant action and asks, “Should I do this? May I do this? What rules of conduct should I bring to bear?” It involves an internalised narrative of identity, so that we can ask of any course of action, “Is this who I am and what I stand for?”
It is no accident that the elements listed in the previous paragraph are all prominent features of Judaism, which turns out to be an ongoing seminar in willpower and impulse control. Now that we are beginning to understand the plasticity of the brain, we know at least a little of the neuroscience that lies behind the ability to overcome bad habits and addictions. Keeping Shabbat, for example, has the power to liberate us and our children from smartphone addiction and all that goes with it. The religion whose first festival, Pesach, celebrates collective freedom, gives us, in its rituals, the skills we need for personal freedom.

Freedom is less a gift than an achievement. Even a Pharaoh, the most powerful man in the ancient world, could lose it. Even a nation of slaves could, with the help of God, acquire it. Never take freedom for granted. It needs a hundred small acts of self-control daily, which is what halakhah, Jewish law, is all about.

Freedom is a muscle that needs to be exercised: use it or lose it. That is a life-transforming idea.

[1] This is roughly the position of Maimonides, who argues that after the first five refusals, God “closed the door of repentance” to Pharaoh. See Hilkhot Teshuvah 5:2-3, 6:1-3.
[2] This is the view of Sforno to Ex. 7:3.
[3] This is the view of Samuel David Luzzatto to Ex. 7:3.
[4] Maimonides, Hilkhot Teshuvah, 5:4.
[5] It was raised by Aristotle also.
[6] See https://www.nature.com/news/2008/080411/full/news.2008.751.html.
[7] The amygdala and the limbic system are what the Zohar and other Jewish mystical texts call the nefesh ha-behamit, the “animal soul” within us.
[8] One easily accessible recent book on the subject is Loretta Graziano Breunin, Habits of a Happy Brain: Retrain Your Brain to Boost Your Serotonin, Dopamine, Oxytocin, & Endorphin Levels, Adams Media, 2016.
[9] See Judith Harris, The Nurture Assumption, Free Press, 2009.

Freedom is an achievement. It is a muscle that needs to be exercised daily: use it or lose it.