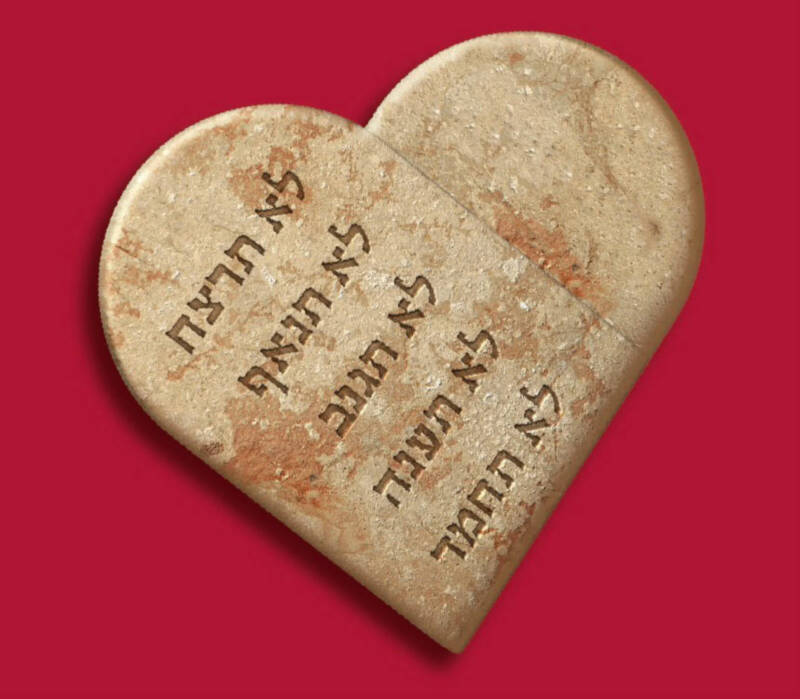 Over the past few months I’ve been having conversations with leading thinkers, intellectuals, innovators and philanthropists for a BBC series on moral challenges of the 21st century. Among those I spoke to was David Brooks, one of the most insightful moralists of our time. His conversation is always scintillating, but one remark of his was particularly beautiful. It is a key that helps us unlock the entire project outlined by Moses in Sefer Devarim, the fifth and final book of the Torah.

We had been talking about covenants and commitments. I suggested that many people in the West today are commitment-averse, reluctant to bind themselves unconditionally and open-endedly to something or someone. The market mindset that predominates today encourages us to try this, sample that, experiment and keep our options open for the latest version or the better deal. Pledges of loyalty are few and far between.

Brooks agreed and noted that nowadays freedom is usually understood as freedom-from, meaning the absence of restraint. We don’t like to be tied down. But the real freedom worth having, in his view, is freedom-to, meaning the ability to do something that’s difficult and requires effort and expertise.[1] So, for example, if you want to have the freedom to play the piano, you have to chain yourself to it and practise every day.

Freedom in this sense does not mean the absence of restraint, but rather, choosing the right restraint. That involves commitment, which involves a choice to forego certain choices. Then he said: “My favourite definition of commitment is falling in love with something and then building a structure of behaviour around it for the moment when love falters.”

That struck me as a beautiful way into one of the fundamental features of Sefer Devarim specifically, and Judaism generally. The book of Deuteronomy is more than simply Moses’ speeches in the last months of his life, his tzava’ah or ethical will to the future generations. It is more, also, than Mishneh Torah,[2] a recapitulation of the rest of the Torah, a restatement of the laws and history of the people since their time in Egypt.

It is a fundamental theological statement of what Judaism is about. It is an attempt to integrate law and narrative into a single coherent vision of what it would be like to create a society of law-governed liberty under the sovereignty of God: a society of justice, compassion, respect for human dignity and the sanctity of human life. And it is built around an act of mutual commitment, by God to a people and by the people to God.

The commitment itself is an act of love. At the heart of it are the famous words from the Shema in this week’s parsha: “You shall love the Lord your God with all your heart, with all your soul, and with all your might” (Deut. 6:5). The Torah is the foundational narrative of the fraught, sometimes tempestuous, marriage between God and an often obstinate people. It is a story of love.

We can see how central love is to the book of Deuteronomy by noting how often the root a-h-v, “to love,” appears in each of the five books of the Torah. It occurs 15 times in Genesis, but none of these is about the relationship between God and a human being. They are about the feelings of husbands for wives or parents for children. This is how often the verb appears in the other 4 books:

Again and again we hear of love, in both directions, from the Israelites to God and from God to the Israelites. It is the latter that are particularly striking. Here are some examples:

The Lord did not set His affection on you and choose you because you were more numerous than other peoples, for you were the fewest of all peoples. But it was because the Lord loved you …

To the Lord your God belong the heavens, even the highest heavens, the earth and everything in it. Yet the Lord set His affection on your ancestors and loved them, and He chose you, their descendants, above all the nations—as it is today.

The real question is how this vision is connected to the legal, halakhic content of much of Devarim. On the one hand we have this passionate declaration of love by God for a people; on the other we have a detailed code of law covering most aspects of life for individuals and the nation as a whole once it enters the land. Law and love are not two things that go obviously together. What has the one to do with the other?

That is what David Brooks’ remark suggests: commitment is falling in love with something and then building a structure of behaviour around it to sustain that love over time. Law, the mitzvoth, halakhah, is that structure of behaviour. Love is a passion, an emotion, a heightened state, a peak experience. But an emotional state cannot be guaranteed forever. We wed in poetry but we stay married in prose.

Which is why we need laws, rituals, habits of deed. Rituals are the framework that keeps love alive. I once knew a wonderfully happy married couple. The husband, with great devotion, brought his wife breakfast in bed every morning. I am not entirely sure she needed or even wanted breakfast in bed every morning, but she graciously accepted it because she knew it was the homage he wished to pay her, and it did indeed keep their love alive. After decades of marriage, they still seemed to be on their honeymoon.

Without intending any precise comparison, that is what the vast multiplicity of rituals in Judaism, many of them spelled out in the book of Deuteronomy, actually achieved. They sustained the love between God and a people. You hear the cadences of that love throughout the generations. It is there in the book of Psalms: “You, God, are my God, earnestly I seek you; I thirst for you, my whole being longs for you, in a dry and parched land where there is no water” (Ps. 63:1). It is there in Isaiah: “Though the mountains be shaken and the hills be removed, yet My unfailing love for you will not be shaken nor My covenant of peace be removed” (Is. 54:10). It is there in the siddur, in the blessing before the Shema: “You have loved us with great love / with everlasting love.” It is there, passionately, in the song, Yedid Nefesh, composed in the sixteenth century by Safed kabbalist Elazar Azikri. It remains there in the songs composed year after year in present-day Israel. Whether they speak of God’s love for us or ours for Him, the love remains strong after 33 centuries. That is a long time for love to last, and we believe it will do so forever.

Could it have done so without the rituals, the 613 commands, that fill our days with reminders of God’s presence? I think not. Whenever Jews abandoned the life of the commands, within a few generations they lost their identity. Without the rituals, eventually love dies. With them, the glowing embers remain, and still have the power to burst into flame. Not every day in a long and happy marriage feels like a wedding, but even love grown old will still be strong, if the choreography of fond devotion, the ritual courtesies and kindnesses, are sustained.

In the vast literature of halakhah we find the ‘how’ and ‘what’ of Jewish life, but not always the ‘why.’ The special place of Sefer Devarim in Judaism as a whole is that here, more clearly than almost anywhere else, we find the ‘why.’ Jewish law is the structure of behaviour built around the love between God and His people, so that the love remains long after the first feelings of passion have grown old.

Hence the life-change idea: if you seek to make love undying, build around it a structure of rituals – small acts of kindness, little gestures of self-sacrifice for the sake of the beloved – and you will be rewarded with a quiet joy, an inner light, that will last a lifetime.

[1] This is similar to, though not identical with, Isaiah Berlin’s distinction between negative and positive freedom, in his famous essay, ‘Two Concepts of Liberty,’ reprinted in Isaiah Berlin, Liberty, ed. Henry Hardy, Oxford University Press, 2002, 166-217.
[2] This was the original rabbinical name for the book. The name Deuteronomy, from the Latin meaning “second law,” was an attempt to capture the sense of the book as a restatement of the laws.

LIFE-CHANGING IDEA #41
To make love undying, build around it a structure of rituals.