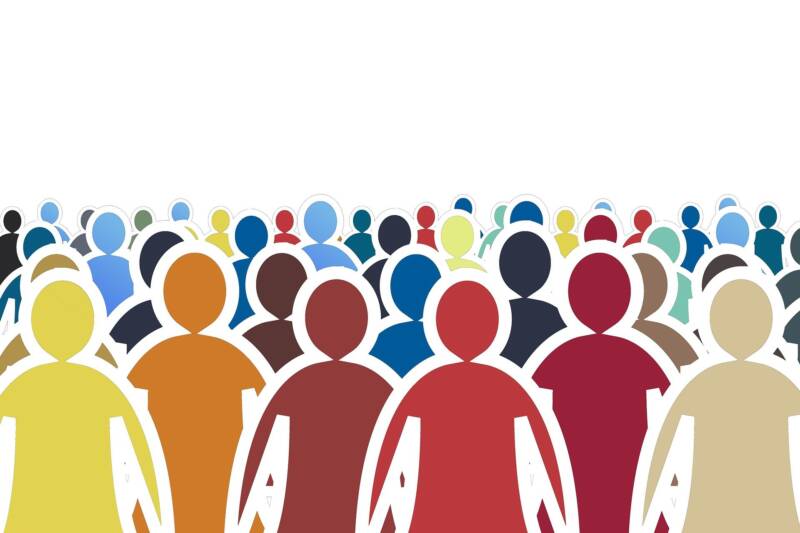 Buried inconspicuously in this week’s parsha is a short sentence with explosive potential, causing us to think again about both the nature of Jewish history and the Jewish task in the present.

Moses had been reminding the new generation, the children of those who left Egypt, of the extraordinary story of which they are the heirs:

Has anything so great as this ever happened, or has anything like it ever been heard of? Has any other people heard the voice of God speaking out of fire, as you have, and lived? Has any god ever tried to take for himself one nation out of another nation, by testings, by signs and wonders, by war, by a mighty hand and an outstretched arm, or by great and awesome deeds, like all the things the Lord your God did for you in Egypt before your very eyes?

The Israelites have not yet crossed the Jordan. They have not yet begun their life as a sovereign nation in their own land. Yet Moses is sure, with a certainty that could only be prophetic, that they were a people like no other. What has happened to them is unique. They were and are a nation summoned to greatness.

Moses reminds them of the great Revelation at Mount Sinai. He recalls the Ten Commandments. He delivers the most famous of all summaries of Jewish faith: “Listen, Israel: The Lord our God, the Lord is one.” (Deut. 6:4) He issues the most majestic of all commands: “Love the Lord your God with all your heart and with all your soul and with all your strength.” (Deut. 6:5) Twice he tells the people to teach these things to their children. He gives them their eternal mission statement as a nation: “You are a people holy to the Lord your God. The Lord your God has chosen you out of all the peoples on the face of the earth to be His people, His treasured possession.” (Deut. 7:6)

Then he says this:

The Lord did not set His affection on you and choose you because you were more numerous than other peoples, for you are the fewest of all peoples.

The fewest of all peoples? What has happened to all the promises of Bereishit, that Abraham’s children would be numerous, uncountable, as many as the stars of the sky, the dust of the earth, and the grains of sand on a seashore? What of Moses’ own statement at the beginning of Devarim?

“The Lord your God has increased your numbers so that today you are as numerous as the stars in the sky.”

The simple answer is this. The Israelites were indeed numerous compared to what they once were. Moses himself puts it this way in next week’s parsha: “Your ancestors who went down into Egypt were seventy in all, and now the Lord your God has made you as numerous as the stars in the sky” (Deut. 10:22). They were once a single family, Abraham, Sarah and their descendants, and now they have become a nation of twelve tribes.

But – and this is Moses’ point here – compared to other nations, they were still small.

When the Lord your God brings you into the land you are entering to possess and drives out before you many nations—the Hittites, Girgashites, Amorites, Canaanites, Perizzites, Hivites and Jebusites, seven nations larger and stronger than you …

In other words, not only were the Israelites smaller than the great empires of the ancient world. They were smaller even than the other nations in the region. Compared to their origins they had grown exponentially but compared to their neighbours they remained tiny.

Moses then tells them what this means:

You may say to yourselves, “These nations are stronger than we are. How can we drive them out?” But do not be afraid of them; remember well what the Lord your God did to Pharaoh and to all Egypt.

Israel would be the smallest of the nations for a reason that goes to the very heart of its existence as a nation. They will show the world that a people does not have to be large in order to be great. It does not have to be numerous to defeat its enemies. Israel’s unique history will show that, in the words of the Prophet Zechariah (4:6), “‘Not by might nor by power, but by My spirit,’ says the Lord Almighty.”

In itself, Israel would be witness to something greater than itself. As former Marxist philosopher Nicolay Berdyaev put it:

I remember how the materialist interpretation of history, when I attempted in my youth to verify it by applying it to the destinies of peoples, broke down in the case of the Jews, where destiny seemed absolutely inexplicable from the materialistic standpoint . . . Its survival is a mysterious and wonderful phenomenon demonstrating that the life of this people is governed by a special predetermination, transcending the processes of adaptation expounded by the materialistic interpretation of history. The survival of the Jews, their resistance to destruction, their endurance under absolutely peculiar conditions and the fateful role played by them in history: all these point to the particular and mysterious foundations of their destiny.

Moses’ statement has immense implications for Jewish identity. The proposition implicit throughout this year’s Covenant & Conversation is that Jews have had an influence out of all proportion to their numbers because we are all called on to be leaders, to take responsibility, to contribute, to make a difference to the lives of others, to bring the Divine Presence into the world. Precisely because we are small, we are each summoned to greatness.

Y. Agnon, the great Hebrew writer, composed a prayer to accompany the Mourner’s Kaddish. He noted that the children of Israel have always been few in number compared to other nations. He then said that when a monarch rules over a large population, they do not notice when an individual dies, for there are others to take their place. “But our King, the King of Kings, the Holy One, blessed be He … chose us, and not because we are a large nation, for we are one of the smallest of nations. We are few, and owing to the love with which He loves us, each one of us is, for Him, an entire legion. He does not have many replacements for us. If one of us is missing, Heaven forfend, then the King’s forces are diminished, with the consequence that His kingdom is weakened, as it were. One of His legions is gone and His greatness is lessened. For this reason it is our custom to recite the Kaddish when a Jew dies.”[1]

Margaret Mead once said: “Never doubt that a small group of thoughtful, committed citizens can change the world. Indeed, it is the only thing that ever has.” Gandhi said: “A small body of determined spirits fired by an unquenchable faith in their mission can alter the course of history.”[2] That must be our faith as Jews.

We may be the fewest of all peoples but when we heed God’s call, we have the ability, proven many times in our past, to mend and transform the world.