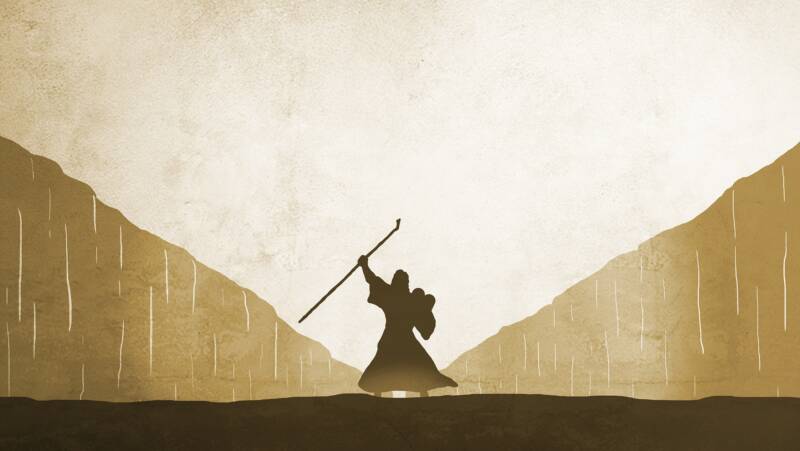 One of the most profound disagreements in Judaism is the one between Moses Maimonides and Judah Halevi on the meaning of the first of the Ten Commandments.

The basic principle of all basic principles and the pillar of all sciences is to realise that there is a First Being who brought every existing thing into being. If it could be supposed that He did not exist, it would follow that nothing else could possibly exist. If however it were supposed that all other beings were non-existent, He alone would still exist . . . To acknowledge this truth is a positive command, as it is said: “I am the Lord your God”.

Judah Halevi (c. 1080-c.1145) disagreed. The greatest of medieval Hebrew poets, Halevi also wrote one of Judaism’s philosophical masterpieces, The Kuzari. It is framed as a dialogue between a Rabbi and the King of the Khazars. Historically, the Khazars were a Turkish people who, between the seventh and eleventh centuries, ruled a considerable area between the Black Sea and the Caspian Sea, including southern Russia, northern Caucasus, eastern Ukraine, Western Kazakhstan, and northwestern Uzbekistan.

Many Jewish traders and refugees lived there, and in 838 the Khazar King Bulan converted to Judaism, after supposedly holding a debate between representatives of the Jewish, Christian, and Muslim faiths. The Arabic writer Dimashqi writes that the Khazars, having encountered the Jewish faith, “found it better than their own and accepted it”. Khazaria thus became, spiritually as well as geographically, an independent third force between the Muslim Caliphate and the Christian Byzantine Empire. After their conversion, the Khazar people used Jewish personal names, spoke and wrote in Hebrew, were circumcised, had synagogues and Rabbis, studied the Torah and Talmud, and observed the Jewish festivals.

The Kuzari is Judah Halevi’s philosophy of Judaism, cast in the form of the imagined conversation between the King and a Rabbi that led to the King’s conversion. In it, Halevi draws a portrait that is diametrically opposed to what would later become Maimonides’ account. Judaism, for Halevi, is not Aristotelian but counter-Aristotelian. The God of the prophets, says Halevi, is not the God of the philosophers. The key difference is that whereas the philosophers found God in metaphysics, the prophets found God in history.

This is how Halevi’s Rabbi states his faith:

I believe in the God of Abraham, Isaac and Israel, who led the children of Israel out of Egypt with signs and miracles; who fed them in the desert and gave them the land, after having brought them through the sea and the Jordan in a miraculous way . . .

Halevi lived before Maimonides. Nachmanides (R. Mosheh ben Nachman, 1194-1270) lived after, but he too disagreed with Maimonides’ interpretation of the opening verse of the Ten Commandments. His objection is based on a passage in the Mechilta:

“You shall have no other gods besides me.” Why is this said? Because it says, “I am the Lord your God.” To give a parable: A king of flesh and blood entered a province. His servants said to him, “Issue decrees for the people.” He, however, told them, “No. When they accept my sovereignty, I will issue decrees. For if they do not accept my sovereignty, how will they carry out my decrees?”

According to Nachmanides the verse, “I am the Lord your God, who brought you out of Egypt, out of the land of slavery” is not a command, but a preliminary to the commands. It explains why the Israelites should be bound by the will of God. He had rescued them, liberated them, and brought them to safety. The first verse of the Decalogue is not a law but a statement of fact, a reason why the Israelites should accept God’s sovereignty.
Thanks to a series of archeological discoveries in the twentieth century, we now know that Nachmanides was right. The biblical covenant has the same literary structure as ancient near eastern political treaties, of which the oldest known are the “Stele of the Vultures” (before 2500 BCE), recording the victory of Eannatum, king of Lagash, over the people of Umma, both in southern Mesopotamia, and the treaty of Naram-Sin, king of Kish and Akkad, with the people of Elam (c. 2280 BCE). Other, later treaties have also been discovered, involving Hittites, Arameans and Assyrians. One details a pact between the Hittite king Hattusilis III and the Pharaoh Rameses II, regarded by some scholars as the Pharaoh of the exodus.

These treaties usually follow a six-part pattern, of which the first three elements were [1] the preamble, identifying the initiator of the treaty, [2] a historical review, summarising the past relationship between the parties, and [3] the stipulations, namely the terms and conditions of the covenant. The first verse of the Ten Commandments is a highly abridged form of [1] and [2]. “I am the Lord your God” is the preamble. “Who brought you out of Egypt, out of the land of slavery” is the historical review. The verses that follow are the stipulations, or as we would call them, the commands. Nachmanides and the Midrash are therefore correct in seeing the verse as an introduction, not a command.

What is at stake in this difference of opinion between Maimonides on the one hand, Judah Halevi and Nachmanides on the other? At the heart of Judaism is a twofold understanding of the nature of God and His relationship to the universe. God is creator of the universe and the maker of the human person “in His image”. This aspect of God is universal. It is accessible to anyone, Jew or gentile. Aristotle arrived at it through logic and metaphysics. For him, God was the “prime mover” who set the universe into motion. Today, many people reach the same conclusion through science: the universe is too finely tuned for the emergence of life to have come into being through chance (this is sometimes called the anthropic principle). Some arrive at it not through logic or science but through a simple sense of awe and wonder (“Not how the world is, but that it is, is the mystical” said Wittgenstein). This aspect of God is called by the Torah, Elokim.

There is, however, a quite different aspect of God which predominates throughout most of Tanach, the Hebrew Bible. This is God as He is involved in the fate of one family, one nation: the children of Israel. He intervenes in their history. He makes a highly specific covenant with them at Sinai – not at all like the general one He made with Noah and all humanity after the Flood. The Noahide covenant is simple and basic. The Sages said it involved a mere seven commands. The Sinai covenant, by contrast, is highly articulated, covering almost every conceivable aspect of life. This aspect of God is signalled by the use of the four-letter name for which we traditionally substitute (since the word itself is holy and could only be pronounced by the High Priest) the word Hashem (on the two aspects and names, see Kuzari IV:1-3; and Ramban to Exodus 3:13).

Maimonides, the philosopher, emphasized the universal, metaphysical aspect of Judaism and the eternal, unchanging existence of God. Judah Halevi and Nachmanides, the one a poet, the other a mystic, were more sensitive to the particularistic and prophetic dimension of Judaism: the role of God in the historical drama of the covenant. Both are true and valid, but in this case, Halevi and Nachmanides are closer to the meaning of the biblical text.