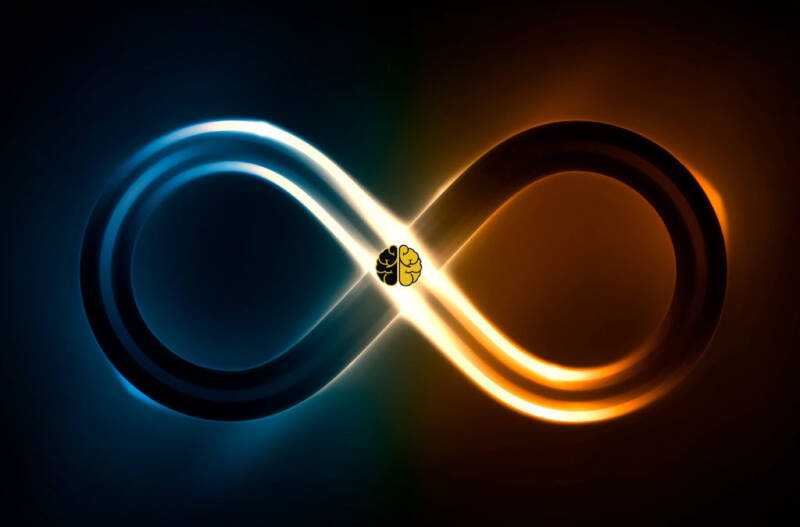 The popular author and TED lecturer Simon Sinek recently published a book entitled The Infinite Game.[1] Based on the distinction first articulated by James P. Carse,[2] it is about the difference between two types of enterprise. One, a finite game, has a starting and ending point. It obeys rules, recognises boundaries, and has winners and losers. Most sports are like this. So, often, is politics: there are campaigns, elections, rules and regulations, successful and defeated candidates. Businesses can be run this way, when they focus on quarterly profits, share price, market share and the like.

But there are also infinite games. These have no starting point or finishing line, no clear winners and losers, no agreed rules or boundaries. Art is like this. So are music and literature. Beethoven didn’t win. Bach didn’t lose. Great artists change the rules. That is what Beethoven, Schoenberg and Stravinsky did; so too did Van Gogh, Cézanne and Picasso. Politics can be like this when it rises above opinion polls and sets its vision on larger issues of justice, equality and the moral health of society. Education is a finite game when it focuses on exam results and qualifications, or it can be an infinite game when it is about breadth and depth of understanding and character development.

Infinite games are not a means to an end: winning the championship, beating the market, victory in an election. Instead they are what psychologists call autotelic, that is, they contain their purpose within themselves. We do them because the activity is inherently creative, demanding, uplifting and ennobling.

It should be clear by now that these are not simply two types of game. They are two different ways of playing a game. If, in any country at any time, politics is treated as a finite game in which all that matters are popularity ratings and election results, then it quickly becomes superficial, trivial, uninspiring. The quality of leadership declines. The public becomes cynical and disillusioned. Trust is eroded and the social bond becomes frayed. When politics is lifted by a sense of history and destiny on the part its leaders, when it becomes not the pursuit of power but a form of service-to-others and social responsibility, when it is driven by high ideals and ethical aspiration, then leadership becomes statesmanship and politics itself a noble calling.

This is not to denigrate finite games. We need them, because in many spheres of life we need rules, boundaries and time limits. But we must also have space for infinite games because they are among the highest expressions of the human spirit.

These reflections are prompted by two verses in today’s parsha:

Be sure to keep the commandments, decrees, and laws that the Lord your God has enjoined upon you. Do what is right and good in the sight of the Lord…

However, as the Talmud[3] explains: “And you shall do that which is right and good in the eyes of the Lord” means that one should not perform an action that is not right and good, even if they are legally entitled to do so. This is the basis of an important law in Judaism, dina debar metzra, “the law of the adjoining property.” When a landowner comes to sell a tract of land, the owner of the adjacent land has the right to buy it. If it is sold to someone else, the buyer must return the land to the neighbour who then reimburses them for the price they paid for it.

This law is not about land ownership as such. In general, a landowner has the right to sell to whomever they choose. It is about doing “the right and the  good” – what people sometimes call menschlichkeit. To the neighbour, the purchase of the land is an immense good. They can expand without dissipating their landholdings in different locations. To the outsider, losing this purchase is not a significant loss because they can acquire other fields elsewhere. The law of bar metzra departs from the usual principles of law in order to achieve a moral end: helping one’s neighbour.

Rashi, basing himself on this Talmudic passage , says that doing the right and good in the eyes of the Lord means “compromise, acting beyond the strict demands of the law.”[4] Ramban agrees with this but goes on to make a fascinating and fundamental point:

And the intention of this is that from the beginning God said to keep God’s commandments, testimonies, and laws as God has commanded them. And now, it says: even regarding what God did not command, pay attention to do what is good and right in God’s eyes, because God loves goodness and righteousness. This is important because it is impossible to mention in the Torah all the details of people’s behaviour with neighbours and friends, or business conduct or local ordinances. The Torah mentions many such laws, such as: “Do not gossip”, “You shall not take vengeance or bear a grudge”, “You shall not stand idly by the blood of your neighbour”, “You shall not insult the deaf”, “You shall rise before the aged”, and so on. Now it states generally that one should do what is good and right regarding everything, including compromise and acting beyond the strict demands of the law.[5]

Ramban seems to be concurring with Rashi, but actually he is making a somewhat different point. Rashi is saying: keep the law and go beyond it. Ramban is saying that there are some things that cannot be specified by law: “because it is impossible to mention in the Torah all the details of people’s behaviour.” The Torah gives us specific examples: don’t gossip, don’t take revenge and so on. But the rest depends on the situation, the circumstances, and the person or people you are dealing with.

In the terms we encountered at the beginning of this essay: not all the Torah is a finite game. Much of it is. There are rules, commands, decrees and laws. There is the halachah. There are boundaries: milk, meat, public domain, private domain. There are beginnings and endings: the earliest time to say the morning Shema and the latest time. There are successes and defeats: either one does or doesn’t complete the counting of the Omer. All of this is finite even though it is dedicated to the One-who-is-Infinite.

Ramban’s point however (made also by the Maggid Mishneh[6]) is that there are significant areas of the moral life that cannot be reduced to rules. That is because rules deal in generalities, and human lives are particular. We are all different. So is every situation in which we find ourselves. Good people know when to speak, when to be silent, when to praise, when to challenge. They hear the unspoken word, sense the concealed pain, focus on the other person rather than on themselves, and are guided by a deeply internalised moral sense that leads them instinctively away from anything less than the right and the good. The “right and the good in the sight of the Lord” is about the part of the moral life that is an infinite game.

There is a fine account of such a person in Psalm 15: “One whose walk is blameless, who does what is righteous, who speaks the truth from their heart… who does no wrong to a neighbour, and casts no slur on others;… who keeps an oath even when it hurts, and does not change their mind… Whoever does these things will never be shaken.”

I believe that we make a fundamental error when we think that all we need to know and keep are the rules governing interactions bein adam le-chavero, between us and our fellows. The rules are essential but also incomplete. We need to develop a conscience that does not permit us to wrong, harm or hurt someone even if the rules permit us to do so.[7] The moral life is an infinite game which cannot be reduced to rules. We need to learn and internalise a sense of “the right and the good.”

[1] Simon Sinek, The Infinite Game, Portfolio Penguin, 2019.
[2] James P. Carse, Finite and Infinite Games, Free Press, 1986.
[3] Baba Metzia 108a.
[4] Lifnim mishurat hadin actually means “within” not “beyond” the strict demands of the law. The meaning is: I have certain rights in law but I may decide not to exercise them because someone else’s welfare may be damaged if I do. “Within” means “I do not go up to the boundary in pressing my legitimate claim. I choose to forego my right.”
[5] Ramban Commentary to Deut. 6:18; see also his commentary to Lev. 19:2 where he makes a similar case.
[6] See Maggid Mishneh to Rambam, Hilchot Shechenim 14:3.
[7] Ramban developed for this and similar cases the idea of naval bi-reshut ha-Torah. See His commentary to Lev. 19:2.