Why Is The Jewish People So Small? 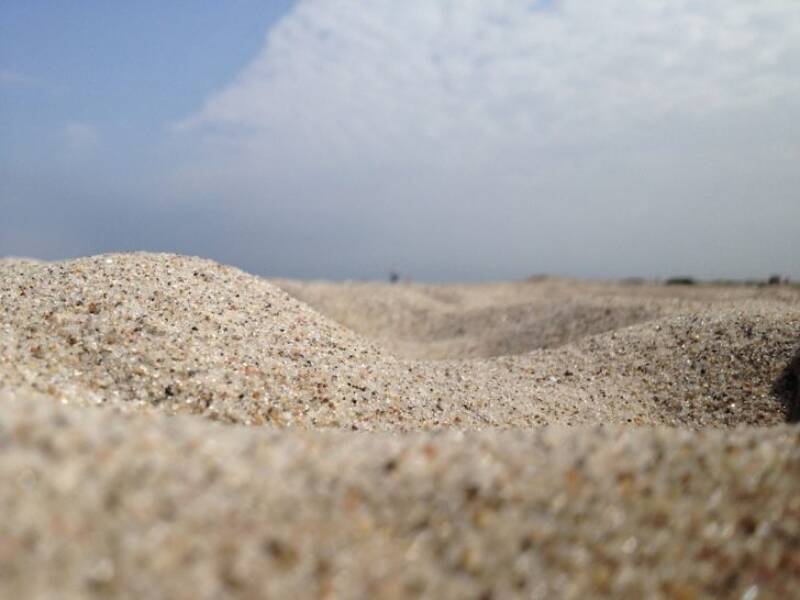 Near the end of Va’etchanan is a statement with such far-reaching implications that it challenges the impression that has prevailed thus far in the Torah. This remark gives an entirely new complexion to the biblical image of the people Israel: “The Lord did not set His affection on you and choose you because you were more numerous than other peoples, for you are the fewest of all peoples” (Deut. 7:7).

This is not what we have heard thus far. In Genesis, God promised the patriarchs that their descendants would be like the stars of the heaven, the sand on the seashore, the dust of the earth, uncountable. Abraham will be the father, not just of one nation but of many. At the beginning of Exodus we read of how the covenantal family, numbering a mere seventy when they went down to Egypt, were “fertile and prolific, and their population increased. They became so numerous that the land was filled with them” (Ex. 1:7). Three times in the book of Deuteronomy, Moses describes the Israelites as being “as many as the stars of the sky” (1:10; 10:22; 28:62). King Solomon speaks of himself as being part of “the people You have chosen, a great people, too numerous to count or number” (I Kings 3:8). The prophet Hosea says that “the Israelites will be like the sand on the seashore, which cannot be measured or counted” (Hos. 2:1).

In all these texts and others it is the size, the numerical greatness, of the people that is emphasised. What then are we to make of Moses’ words that speak of its smallness? Targum Yonatan interprets it not to be about numbers at all but about self-image. He translates it not as “the fewest of all peoples” but as “the most lowly and humble of peoples.” Rashi gives a similar reading, citing Abraham’s words, “I am but dust and ashes” (Gen. 18:27), and Moses and Aaron’s, “Who are we?” (Ex. 16:7).

Rashbam and Chizkuni[1] give the more straightforward explanation that Moses is contrasting the Israelites with the seven nations they would be fighting in the land of Canaan/Israel. God would lead the Israelites to victory despite the fact that they were outnumbered by the local inhabitants. Rabbeinu Bachya[2] quotes Maimonides, who says that we would have expected God, King of the universe, to have chosen the most numerous nation in the world as His people, since “the glory of the King is in the multitude of people” (Prov. 14:28). God did not do so. Thus Israel should count itself extraordinarily blessed that God chose it, despite its smallness, to be His am segula, His special treasure.

Rabbeinu Bachya finds himself forced to give a more complex reading to resolve the contradiction of Moses, in Deuteronomy, saying both that Israel is the smallest of peoples and “as many as the stars of the sky” (Gen. 22:17). He turns it into a hypothetical subjunctive, meaning: God would still have chosen you, even if you had been the smallest of the peoples.

Sforno[3] gives a simple and straightforward reading: God did not choose a nation for the sake of His honour. Had He done so He would undoubtedly have chosen a mighty and numerous people. His choice had nothing to do with honour and everything to do with love. He loved the patriarchs for their willingness to heed His voice; therefore He loves their children.

Yet there is something in this verse that resonates throughout much of Jewish history. Historically Jews were and are a small people – today, less than 0.2 per cent of the population of the world. There were two reasons for this. First is the heavy toll taken through the ages by exile and persecution, directly by Jews killed in massacres and pogroms, indirectly by those who converted – in fourteenth- and fifteenth-century Spain and nineteenth-century Europe – in order to avoid persecution (tragically, even conversion did not work; racial antisemitism persisted in both cases). The Jewish population is a mere fraction of what it might have been had there been no Hadrian, no Crusades, and no antisemitism.

The second reason is that Jews did not seek to convert others. Had they done so they would have been closer in numbers to Christianity (2.4 billion) or Islam (1.6 billion). In fact, Malbim[4] reads something like this into our verse. The previous verses have said that the Israelites were about to enter a land with seven nations, Hittites, Girgashites, Amorites, Canaanites, Perizzites, Hivites, and Jebusites. Moses warns them against intermarriage with the other nations, not for racial but for religious reasons: “They will turn your children away from following Me to serve other gods” (Deut. 7:4). Malbim interprets our verse as Moses saying to the Israelites: Do not justify out-marriage on the grounds that it will increase the number of Jews. God is not interested in numbers.

Notwithstanding all these interpretations and explanations, Tanach itself offers one extraordinary episode that sheds a different light on the whole issue. It occurs in the seventh chapter of the book of Judges. God has told Gideon to assemble an army and do battle with the Midianites. He gathers a force of 32,000 men. God tells him, “You have too many men. I cannot deliver Midian into their hands, or Israel would boast against Me, ‘My own strength has saved me’” (Judges 7:2).

God tells Gideon to say to the men: Whoever is afraid and wishes to go home may do so. Twenty-two thousand men leave. Ten thousand remain. God tells Gideon, “There are still too many men.” He proposes a new test. Gideon is to take the men to a river and see how they drink the water. Ninety-seven hundred kneel down to drink, and are dismissed. Gideon is left with a mere three hundred men. “With the three hundred men that lapped [the water] I will save you and give the Midianites into your hands,” God tells him (Judges 7:1–8). By a brilliant and unexpected strategy, the three hundred put the entire Midianite army to flight.

The Jewish people are small but have achieved great things to testify in themselves to a force beyond themselves. It has achieved things no other nation its size could have achieved. Its history has been living testimony to the force of Divine Providence and the impact of high ideals. That is what Moses meant when he said:

Ask now about the former days, long before your time, from the day God created human beings on the earth; ask from one end of the heavens to the other. Has anything so great as this ever happened, or has anything like it ever been heard of? Has any other people heard the voice of God speaking out of fire, as you have, and lived? Has any god ever tried to take for himself one nation out of another nation, by testings, by signs and wonders, by war, by a mighty hand and an outstretched arm, or by great and awesome deeds, like all the things the Lord your God did for you in Egypt before your very eyes?

Israel defies the laws of history because it serves the Author of history. Attached to greatness, it becomes great. Through the Jewish people, God is telling humankind that you do not need to be numerous to be great. Nations are judged not by their size but by their contribution to human heritage. Of this the most compelling proof is that a nation as small as the Jews could produce an ever-renewed flow of prophets, priests, poets, philosophers, Sages, saints, halachists, aggadists, codifiers, commentators, rebbes, and rashei yeshivot. It has also yielded some of the world’s greatest writers, artists, musicians, filmmakers, academics, intellectuals, doctors, lawyers, businesspeople, and technological innovators. Out of all proportion to their numbers, Jews could and can be found working as lawyers fighting injustice, economists fighting poverty, doctors fighting disease, teachers fighting ignorance, and therapists fighting depression and despair.

You do not need numbers to enlarge the spiritual and moral horizons of humankind. You need other things altogether: a sense of the worth and dignity of the individual, of the power of human possibility to transform the world, of the importance of giving everyone the best education they can have, of making each feel part of a collective responsibility to ameliorate the human condition. Judaism asks of us the willingness to take high ideals and enact them in the real world, unswayed by disappointments and defeats.

This is still evident today, especially among the people of Israel in the State of Israel. Traduced in the media and pilloried by much of the world, Israel continues to produce human miracles in medicine, agriculture, technology, and the arts, as if the word “impossible” did not exist in the Hebrew language. Israel remains a small nation, surrounded, as in biblical times, by “nations larger and stronger than you” (Deut. 7:1). Yet the truth remains, as Moses said: “The Lord did not set His affection on you and choose you because you were more numerous than other peoples, for you are the fewest of all peoples.”

This small people has outlived all the world’s great empires to deliver to humanity a message of hope: you need not be large to be great. What you need is to be open to a power greater than yourself. It is said that King Louis XIV of France once asked Blaise Pascal, the brilliant mathematician and theologian, to give him proof of the existence of God. Pascal is said to have replied, “Your Majesty, the Jews!”