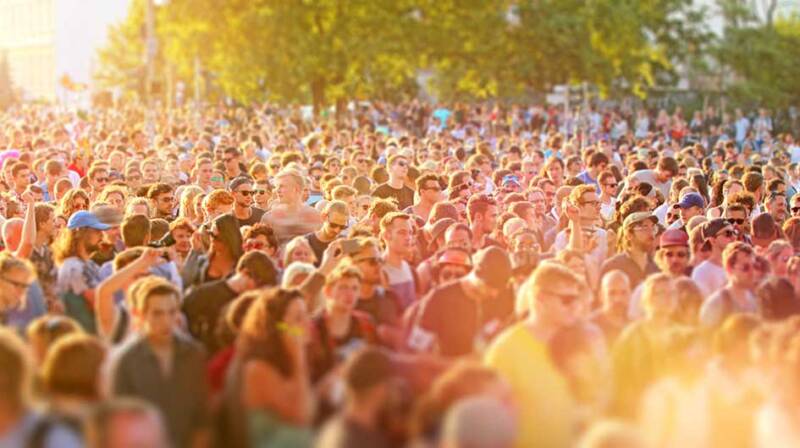 Melanie Reid is a journalist who writes a regular column for The (London) Times. A quadriplegic with a wry lack of self-pity, she calls her weekly essay Spinal Column. On 4 January 2020, she told the story of how she, her husband, and others in their Scottish village bought an ancient inn to convert it into a pub and community centre, a shared asset for the neighbourhood.

Something extraordinary then happened. A large number of locals volunteered their services to help open and run it. “We’ve got well-known classical musicians cleaning the toilets and sanding down tables. Behind the bar there are sculptors, building workers, humanist ministers, Merchant Navy officers, grandmothers, HR executives and estate agents… Retired CEOs chop wood for the fires; septuagenarians … wait at tables; surveyors eye up internal walls to be knocked down and can–doers fix blocked gutters.”

It has not only become a community centre; it has dramatically energised the locality. People of all ages come there to play games, drink, eat, and attend special events. A rich variety of communal facilities and activities have grown up around it. She speaks of “the alchemy of what can be achieved in a village when everyone comes together for a common aim.”

In her column describing this, Melanie was kind enough to quote me on the magic of “I” becoming “we”: “When you build a home together … you create something far greater than anything anyone could do alone or be paid to do.” The book I wrote on this subject, The Home We Build Together, was inspired by this week’s parsha and its name: Vayakhel. It is the Torah’s primer on how to build community.

It does so in a subtle way. It uses a single verb, k-h-l, to describe two very different activities. The first appears in last week’s parsha at the beginning of the story of the Golden Calf. “When the people saw that Moshe was long delayed in coming down the mountain, they gathered (vayikahel) around Aharon and said to him: get up, make us gods to go before us. This man Moshe who brought us out of Egypt – we have no idea what has become of him” (Ex. 32:1). The second is the opening verse of this week’s parsha: “Moshe assembled (vayakhel) all the community of Israel and said to them: these are the things the Lord has commanded you to do” (Ex. 35:1).

These sound similar. Both verbs could be translated as “gathered” or “assembled.” But there is a fundamental difference between them. The first gathering was leaderless; the second had a leader, Moshe. The first was a crowd, the second a community.

In a crowd, individuals lose their individuality. A kind of collective mentality takes over, and people find themselves doing what they would never consider doing on their own. Charles Mackay famously spoke of the madness of crowds. People, he said, “go mad in herds, while they only recover their senses slowly, one by one.”Together, they act in a frenzy. Normal deliberative processes break down. Sometimes this expresses itself in violence, at other times in impulsive economic behaviour giving rise to unsustainable booms and subsequent crashes. Crowds lack the inhibitions and restraints that form our inner controls as individuals.

Elias Cannetti, whose book Crowds and Power is a classic on the subject, writes that “The crowd is the same everywhere, in all periods and cultures; it remains essentially the same among men of the most diverse origin, education and language. Once in being, it spreads with the utmost violence. Few can resist its contagion; it always wants to go on growing and there are no inherent limits to its growth. It can arise wherever people are together, and its spontaneity and suddenness are uncanny.”

The crowd that gathered around Aharon was in the grip of panic. Moshe was their one contact with God, and thus with instruction, guidance, miracle and power. Now he was no longer there and they did not know what had happened to him. Their request for “gods to go before us” was ill-considered and regressive. Their behaviour once the Calf was made – “the people sat down to eat and drink and then stood up to engage in revelry” – was undisciplined and dissolute. When Moshe came down the mountain at God’s command, he “saw that the people were running wild for Aharon had let them run beyond control and become a laughing stock to their enemies.” What Moshe saw exemplified Carl Jung’s description: “The psychology of a large crowd inevitably sinks to the level of mob psychology.” Moshe saw a crowd.

The Vayakhel of this week’s parsha was quite different. Moshe sought to create community by getting the people to make personal contributions to a collective project, the Mishkan, the Sanctuary. In a community, individuals remain individuals. Their participation is essentially voluntary: “Let everyone whose heart moves them bring an offering.” Their differences are valued because they mean that each has something distinctive to contribute. Some gave gold, other silver, others bronze. Some brought wool or animal skins. Others gave precious stones. Yet others gave their labour and skills.

What united them was not the dynamic of the crowd in which we are caught up in a collective frenzy but rather a sense of common purpose, of helping to bring something into being that was greater than anyone could achieve alone. Communities build; they do not destroy. They bring out the best in us, not the worst. They speak not to our baser emotions such as fear but to higher aspirations like building a symbolic home for the Divine Presence in their midst.

By its subtle use of the verb k-h-l, the Torah focuses our attention not only on the product but also the process; not only on what the people made but on what they became through making it. This is how I put it in The Home We Build Together: “A nation – at least, the kind of nation the Israelites were called on to become – is created through the act of creation itself. Not all the miracles of Exodus combined, not the plagues, the division of the sea, manna from heaven or water from a rock, not even the revelation at Sinai itself, turned the Israelites into a nation. In commanding Moshe to get the people to make the Tabernacle, God was in effect saying: To turn a group of individuals into a covenantal nation, they must build something together.

“Freedom cannot be conferred by an outside force, not even by God Himself. It can be achieved only by collective, collaborative effort on the part of the people themselves. Hence the construction of the Tabernacle. A people is made by making. A nation is built by building.”

This distinction between community and crowd has become ever more significant in the 21st century. The classic example is the Arab Spring of 2011. Massive protests took place throughout much of the Arab world, in Tunisia, Algeria, Jordan, Oman, Egypt, Yemen, Sudan, Iraq, Bahrain, Libya, Kuwait, Syria and elsewhere. Yet it turned rapidly into what has been called the Arab Winter. The protests still continue in a number of these countries, yet only in Tunisia has it led to constitutional democracy. Protests, in and of themselves, are never enough to generate free societies. They belong to the logic of crowd, not community.

The same is true of social media even in free societies. They are great enhancements of existing communities, but they do not in and of themselves create communities. That takes face-to-face interaction and a willingness to make sacrifices for the sake of the group. Without this, however, as Mark Zuckerberg said in 2017, “social media can contribute to divisiveness and isolation.” Indeed, when used for virtue signalling, shaming or aggressive confrontation, they can create a new form of crowd behaviour, the electronic herd.

In his new book A Time to Build, Yuval Levin argues that social media have undermined our social lives. “They plainly encourage the vices most dangerous to a free society. They drive us to speak without listening, to approach others confrontationally rather than graciously, to spread conspiracies and rumours, to dismiss and ignore what we would rather not hear, to make the private public, to oversimplify a complex world, to react to one another much too quickly and curtly. They eat away at our capacity for patient toleration, our decorum, our forbearance, our restraint.” These are crowd behaviours, not community ones.

The downsides of crowds are still with us. So too are the upsides of community, as Melanie Reid’s Scottish pub demonstrates. I believe that creating community takes hard work, and that few things in life are more worthwhile. Building something with others, I discover the joy of becoming part of something greater than I could ever achieve alone.