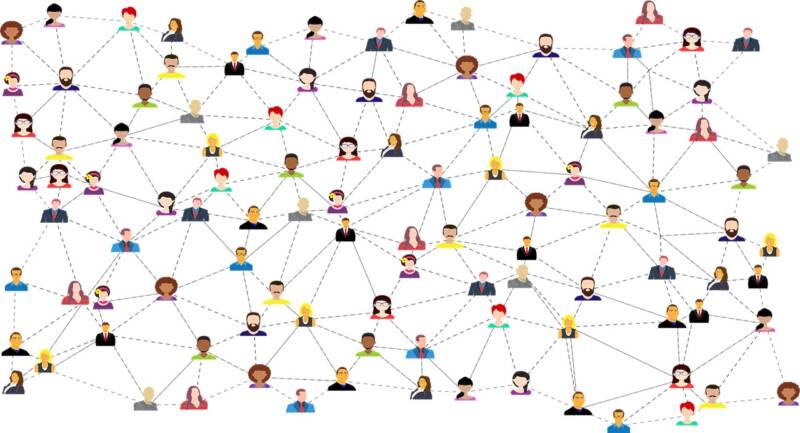 A long drama had taken place. Moses had led the people from slavery to the beginning of the road to freedom. The people themselves had witnessed God at Mount Sinai, the only time in all history when an entire people became the recipients of revelation. Then came the disappearance of Moses for his long sojourn at the top of the mountain, an absence which led to the Israelites’ greatest collective sin, the making of the Golden Calf. Moses returned to the mountain to plead for forgiveness, which was granted.

Its symbol was the second set of tablets. Now life must begin again. A shattered people must be rebuilt. How does Moses proceed? The verse with which the sedra begins contains the clue:

Moses assembled the whole Israelite community and said to them: “These are the things God has commanded you to do.”

The verb vayakhel – which gives the sedra its name – is crucial to an understanding of the task in which Moses is engaged. At its simplest level it serves as a motiv-word, recalling a previous verse. In this case the verse is obvious:

When the people saw that Moses was so long in coming down from the mountain, they assembled around Aaron and said, “Come, make us gods who will go before us.”

Moses’ act is what the kabbalists called a tikkun: a restoration, a making-good-again, the redemption of a past misdemeanour. Just as the sin was committed by the people acting as a kahal or kehillah, so atonement was to be achieved by their again acting as a kehillah, this time by making a home for the Divine presence as they earlier sought to make a substitute for it. Moses orchestrates the people for good, as they had once been assembled for bad (The difference lies not only in the purpose but in the form of the verb, from passive in the case of the Calf to active in the case of Moses. Passivity allows bad things to happen – “Wherever it says ‘and it came to pass’ it is a sign of impending tragedy”. (Megillah 10b) Proactivity is the defeat of tragedy:

“Wherever it says, ‘And there will be’ is a sign of impending joy.”

At a deeper level, though, the opening verse of the sedra alerts us to the nature of community in Judaism.

In classical Hebrew there are three different words for community: edah, tzibbur and kehillah, and they signify different kinds of association.

Edah comes from the word ed, meaning “witness.” The verb ya’ad carries the meaning of “to appoint, fix, assign, destine, set apart, designate or determine.” The modern Hebrew noun te’udah means “certificate, document, attestation, aim, object, purpose or mission.” The people who constitute an edah have a strong sense of collective identity. They have witnessed the same things. They are bent on the same purpose. The Jewish people become an edah – a community of shared faith – only on receiving the first command:

“Tell the whole community of Israel that on the tenth day of this month each man is to take a lamb for his family, one for each household”.

An edah can be a gathering for bad as well as good. The Israelites, on hearing the report of the spies, lose heart and say they want to return to Egypt. Throughout, they are referred to as the edah (as in “How long will this wicked community grumble against Me?” Bamidbar 14:27). The people agitated by Korach in his rebellion against Moses and Aaron’s authority is likewise called an edah (“If one man sins, will You be angry with the whole community ? Bamidbar 16:22). Nowadays the word is generally used for an ethnic or religious subgroup. An edah is a community of the like-minded. The word emphasises strong identity. It is a group whose members have much in common.

By contrast the word tzibbur – it belongs to Mishnaic rather than biblical Hebrew – comes from the root tz-b-r meaning “to heap” or “pile up”. (Bereishit 41:49) To understand the concept of tzibbur, think of a group of people praying at the Kotel. They may not know each other. They may never meet again. But for the moment, they happen to be ten people in the same place at the same time, and thus constitute a quorum for prayer. A tzibbur is a community in the minimalist sense, a mere aggregate, formed by numbers rather than any sense of identity. A tzibbur is a group whose members may have nothing in common except that, at a certain point, they find themselves together and thus constitute a “public” for prayer or any other command which requires a minyan.

A kehillah is different from the other two kinds of community. Its members are different from one another. In that sense it is like a tzibbur. But they are orchestrated together for a collective undertaking – one that involves in making a distinctive contribution. The danger of a kehillah is that it can become a mass, a rabble, a crowd.

That is the meaning of the phrase in which Moses, descending the mountain, sees the people dancing around the Calf:

Moses saw that the people were running wild, and that Aaron had let them get out of control and so become a laughing-stock to their enemies.

The beauty of a kehillah, however, is that when it is driven by constructive purpose, it gathers together the distinct and separate contributions of many individuals, so that each can say, “I helped to make this.” That is why, assembling the people on this occasion, Moses emphasises that each has something different to give: Take from what you have, an offering to God. Everyone who is willing to bring to God an offering of gold, silver and bronze . . . All you who are skilled among you are to come and make everything the Lord has commanded . . .

Moses was able to turn the kehillah with its diversity into an edah with its singleness of purpose, while preserving the diversity of the gifts they brought to God:

Then the whole Israelite community withdrew from Moses’ presence, and everyone who was willing and whose heart moved him came and brought an offering to God for the work on the Tent of Meeting, for all its service, and for the sacred garments. All who were willing – men and women – came and brought gold jewellery of all kinds: brooches, ear-rings, rings and ornaments . . . Everyone who had blue, purple or scarlet yarn . . . Those presenting an offering of silver or bronze . . . Every skilled woman spun with her hands and brought what she had spun . . . The leaders brought onyx stones and other gems . . . All the Israelite men and women who were willing brought to God freewill offerings for all the work God, through Moses, had commanded them to do.

The greatness of the Tabernacle was that it was a collective achievement – one in which not everyone did the same thing. Each gave a different thing. Each contribution was valued – and therefore each participant felt valued. Vayakhel – Moses’ ability to forge out of the dissolution of the people a new and genuine kehillah – was one of his greatest achievements.

Many years later, Moses, according to the Sages, returned to the theme. Knowing that his career as a leader was drawing to an end, he prayed to God to appoint a successor: “May God, Lord of the spirits of all flesh, appoint a person over the community.” (Bamidbar 27:16) Rashi, following the Sages, explains the unusual phrase “Lord of the spirits of all flesh” as follows:

He said to Him: Lord of the universe, the character of each person is revealed and known to You – and You know that each is different. Therefore appoint for them a leader who is able to bear with each person as his or her temperament requires.

To preserve the diversity of a tzibbur with the unity of purpose of an edah – that is the challenge of kehillah-formation, community-building, itself the greatest task of a great leader.