Where does the Divine Presence live? 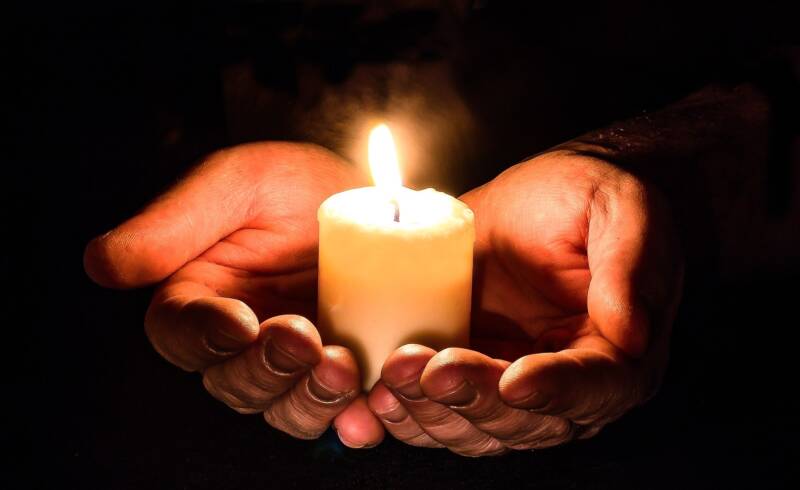 Finally the long narrative of the construction of the Tabernacle – to which the Torah devotes more space than any other single subject – is at an end. The building, its frame, drapes and sacred furniture, were complete. Moses inspects the finished project. We then read:

Like many other passages in the description of the making of the Tabernacle, this echoes a line from the creation narrative: “God saw all that He had made, and behold – it was very good” (Gen. 1:31 – the words in common areVayar, “he saw”, et kol, “all” and ve-hineh, “and behold”).

The literary parallels between the Divine creation of the universe and the Israelites’ construction of the Tabernacle are intentional and consequential. The Tabernacle was a micro-cosmos, a universe-in-miniature. In creating the universe, God made a home for humanity. In building the Sanctuary, humanity made a home for God. And just as, at the beginning of time, God had blessed creation, so Moses blessed those who had a share in its human counterpart.

What, though, was the blessing Moses gave? The Torah itself is silent on this point, but the Sages supplied the missing information.

With what blessing did Moses bless them?

The Midrash is based on the following stream of thought. One, and only one, psalm is attributed to Moses: Psalm 90, which bears the superscription, “A prayer of Moses, the man of God.” It ends with the verse cited above, “May the pleasantness (noam) of the Lord our God be upon us”. The reference in the verse to “the work of our hands” must surely refer to the Tabernacle – the only “work”, in the sense of constructive achievement, the Israelites performed in Moses’ day. Hence the phrase “a prayer of Moses” must be understood as the prayer/blessing he pronounced on the completion of the Tabernacle.

It is a beautiful idea. Is it, though, something more? There is a hint here of a principle that has immense implications for the entire structure of Judaism. We can summarize it simply: It is not objects that are holy. It is human action and intention in accordance with the will of God that creates holiness.

Consider the following ruling of the Sages (see Gittin 45b; Mishneh Torah, Yesodei ha-Torah 6:8; Tefillin 1:13): A Torah scroll, or tefillin, or a mezuzah, written by a heretic, is to be burned. Normally, to destroy a document containing God’s name is absolutely forbidden. However, in this case, as Maimonides explains: “Since the person who wrote it does not believe in the sanctity of the name of God, and therefore did not write it with the requisite intent but merely as any other [secular] text, the [document containing] God’s name is not sanctified [and may be destroyed]. Indeed it is a mitzvah to burn it so as to leave no record of heretics and their works.”

Imagine two Torah scrolls, one written with the requisite intention and sanctity, the other written by an atheist. Physically, they may be indistinguishable. One cannot imagine any scientific test that – by examining the scrolls themselves – would establish which was holy and which not. Yet one is to be held in the highest possible sanctity, and the other to be burned. Holiness is not a property of objects. It is a property of human acts and intentions.

It is this idea that lies behind the very precise formula we use when we recite a blessing over the performance of a command: “Blessed are You . . . who has sanctified us by His commandments, and has commanded us to . . .” It is the commandments that make us holy: nothing else. When God said to the Israelites, before the giving of the Torah on Mount Sinai, “You shall be to Me a kingdom of Priests and a holy nation” (Ex. 19:6), He meant that the Israelites would become holy through their performance of the commands he was about to reveal to them, not that there was anything intrinsically holy about them, prior to and independent of the commands. As Issi ben Judah said:

“When God enjoins a new mitzvah on Israel, He endows them with new holiness.”

The great commentator and halachist R. Meir Simcha of Dvinsk (1843-1926, often known by the name of one of his commentaries, Ohr Sameach) was tireless and forceful in stressing the point. Mount Sinai was – as the site of the greatest ever revelation of God – momentarily the holiest place on earth, yet as soon as the revelation was over, even animals were permitted to graze on it (Meshech Chochmah to Ex. 19:13). The first Tablets Moses brought down the mountain were supremely sacred. They had been hewn and written by God himself. Yet Moses broke them to show the Israelites that nothing is holy except in the context of fulfilling God’s will (Meshech Chochmah to Ex. 32:19). We endow objects and places with holiness, through our intentions, our words and our deeds. There is no such thing as ontological holiness, intrinsic sanctity.

Returning to the Sanctuary, the very idea that there can be a “house of God” – that we can create, in finite space, a home for the Infinite – seems a contradiction in terms. Indeed, Israel’s wisest King, Solomon, and one of the greatest of its Prophets, Isaiah, said so explicitly. On dedicating the Temple, Solomon said: “But will God really dwell on earth? The heavens, even the highest heaven, cannot contain You. How much less this Temple I have built.” (I Kings 8:27). Likewise Isaiah said, “This is what the Lord says: Heaven is My throne, and the earth is My footstool. Where is the House you will build for Me? Where will My resting place be?” (Isaiah 66:1).

The answer was given by God to Moses at the very outset, before the construction of the Tabernacle was begun:

“Let them make a Sanctuary for Me, and I will dwell in them” – not “in it” but “in them” — not in the building but its builders, not in wood and metal, bricks or stone, but in those who build and those who worship. It is not objects, buildings, or places that are holy-in-themselves. Only acts of heart and mind can endow them with holiness.

That is the deep meaning of Moses’ blessing to the Israelites: “May it be God’s will that His Presence rests in the work of your hands.” God does not inhere in things – not in Mount Sinai, not in the Tablets, not in the Tabernacle. His Presence (the word Shechinah, Divine Presence, comes from the same root as Mishkan, Sanctuary or Tabernacle) lives in “the work of our hands” – whatever we do in accordance with His will. There was nothing grand about the Tabernacle. It was small, fragile, portable. What made it holy was one thing only, that the Israelites “had made it just as the Lord had commanded”.

The simplest human act, if done for the sake of God, has more sanctity than the holiest of holy objects. That, to me, is a remarkable principle of faith.