On Not Predicting the Future 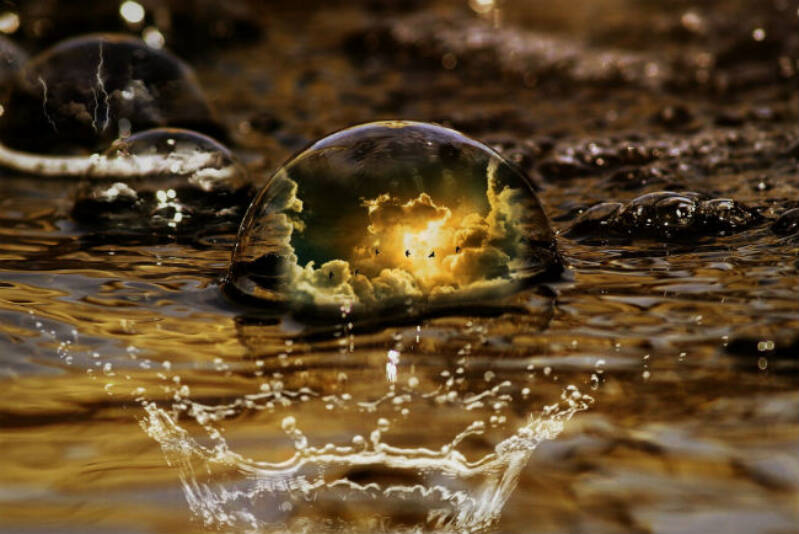 Jacob was on his death-bed. He summoned his children. He wanted to bless them before he died. But the text begins with a strange semi-repetition:

“Gather around so I can tell you what will happen to you in days to come.
Assemble and listen, sons of Jacob; listen to your father Israel.”

This seems to be saying the same thing twice, with one difference. In the first sentence, there is a reference to “what will happen to you in the days to come” (literally, “at the end of days”). This is missing from the second sentence.

Rashi, following the Talmud,[1] says that “Jacob wished to reveal what would happen in the future, but the Divine presence was removed from him.” He tried to foresee the future but found he could not.

This is no minor detail. It is a fundamental feature of Jewish spirituality. We believe that we cannot predict the future when it comes to human beings. We make the future by our choices. The script has not yet been written. The future is radically open.

This was a major difference between ancient Israel and ancient Greece. The Greeks believed in fate, moira, even blind fate, ananke. When the Delphic oracle told Laius that he would have a son who would kill him, he took every precaution to make sure it did not happen. When the child was born, Laius nailed him by his feet to a rock and left him to die. A passing shepherd found and saved him, and he was eventually raised by the king and queen of Corinth. Because his feet were permanently misshapen, he came to be known as Oedipus (the “swollen-footed”).

The rest of the story is well known. Everything the oracle foresaw happened, and every act designed to avoid it actually helped bring it about. Once the oracle has been spoken and fate has been sealed, all attempts to avoid it are in vain. This cluster of ideas lies at the heart of one of the great Greek contributions to civilization: tragedy.

Astonishingly, given the many centuries of Jewish suffering, biblical Hebrew has no word for tragedy. The word ason means “a mishap, a disaster, a calamity” but not tragedy in the classic sense. A tragedy is a drama with a sad outcome involving a hero destined to experience downfall or destruction through a character-flaw or a conflict with an overpowering force, such as fate. Judaism has no word for this, because we do not believe in fate as something blind, inevitable and inexorable. We are free. We can choose. As Isaac Bashevis Singer wittily said: “We must be free: we have no choice!”

Rarely is this more powerfully asserted than in the Unetaneh tokef prayer we say on Rosh Hashanah and Yom Kippur. Even after we have said that “On Rosh Hashanah it is written and on Yom Kippur it is sealed … who will live and who will die”, we still go on to say, “But teshuvah, prayer and charity avert the evil of the decree.” There is no sentence against which we cannot appeal, no verdict we cannot mitigate by showing that we have repented and changed.

There is a classic example of this in Tanach.

“In those days Hezekiah became ill and was at the point of death. The Prophet Isaiah son of Amoz went to him and said, ‘This is what the Lord says: Put your house in order, because you are going to die; you will not recover.’ Hezekiah turned his face to the wall and prayed to the Lord, ‘Remember, Lord, how I have walked before you faithfully and with wholehearted devotion and have done what is good in your eyes.’ And Hezekiah wept bitterly. Before Isaiah had left the middle court, the word of the Lord came to him: ‘Go back and tell Hezekiah, the ruler of my people: This is what the Lord, God of your father David, says: I have heard your prayer and seen your tears; I will heal you.’”

The Prophet Isaiah had told King Hezekiah he would not recover, but he did. He lived for another fifteen years. God heard his prayer and granted him stay of execution. From this the Talmud infers, “Even if a sharp sword rests upon your neck, you should not desist from prayer.”[2] We pray for a good fate but we do not reconcile ourselves to fatalism.

I was once present at a gathering where Bernard Lewis, the great scholar of Islam, was asked to predict the outcome of a certain American foreign policy intervention. He gave a magnificent reply. “I am a historian, so I only make predictions about the past. What is more, I am a retired historian, so even my past is passé.” This was a profoundly Jewish answer.

In the twenty-first century we know much at a macro- and micro-level. We look up and see a universe of a hundred billion galaxies each of a hundred billion stars. We look down and see a human body containing a hundred trillion cells, each with a double copy of the human genome, 3.1 billion letters long, enough if transcribed to fill a library of 5,000 books. But there remains one thing we do not know and will never know: What tomorrow will bring. The past, said L. P. Hartley, is a foreign country. But the future is an undiscovered one. That is why predictions so often fail.

That is the essential difference between nature and human nature. The ancient Mesopotamians could make accurate predictions about the movement of planets, yet even today, despite brain-scans and neuroscience, we are still not able to predict what people will do. Often, they take us by surprise.

The reason is that we are free. We choose, we make mistakes, we learn, we change, we grow. The failure at school becomes the winner of a Nobel Prize. The leader who disappointed, suddenly shows courage and wisdom in a crisis. The driven businessman has an intimation of mortality and decides to devote the rest of his life to helping the poor. Some of the most successful people I ever met were written off by their teachers at school and told they would never amount to anything. We constantly defy predictions. This is something science has not yet explained and perhaps never will. Some believe freedom is an illusion. But it isn’t. It’s what makes us human.

We are free because we are not merely objects. We are subjects. We respond not just to physical events but to the way we perceive those events. We have minds, not just brains. We have thoughts, not just sensations. We react but we can also choose not to react. There is something about us that is irreducible to material, physical causes and effects.

The way our ancestors spoke about this remains true and profound. We are free because God is free and He made us in His image. That is what is meant by the three words God told Moses at the burning bush when he asked God for His name. God replied, Ehyeh asher Ehyeh. This is often translated as “I am what I am,” but what it really means is, “I will be who and how I choose to be.” I am the God of freedom. I cannot be predicted. Note that God says this at the start of Moses’ mission to lead a people from slavery to freedom. He wanted the Israelites to become living testimony to the power of freedom.

Do not believe that the future is written. It isn’t. There is no fate we cannot change, no prediction we cannot defy. We are not predestined to fail; neither are we pre-ordained to succeed. We do not predict the future, because we make the future: by our choices, our willpower, our persistence and our determination to survive.

The proof is the Jewish people itself. The first reference to Israel outside the Bible is engraved on the Merneptah stele, inscribed around 1225 BCE by Pharaoh Merneptah IV, Ramses II’s successor. It reads: “Israel is laid waste, her seed is no more.” It was, in short, an obituary. The Jewish people have been written off many times by their enemies, but they remains, after almost four millennia, still young and strong.