What it Takes to Forgive 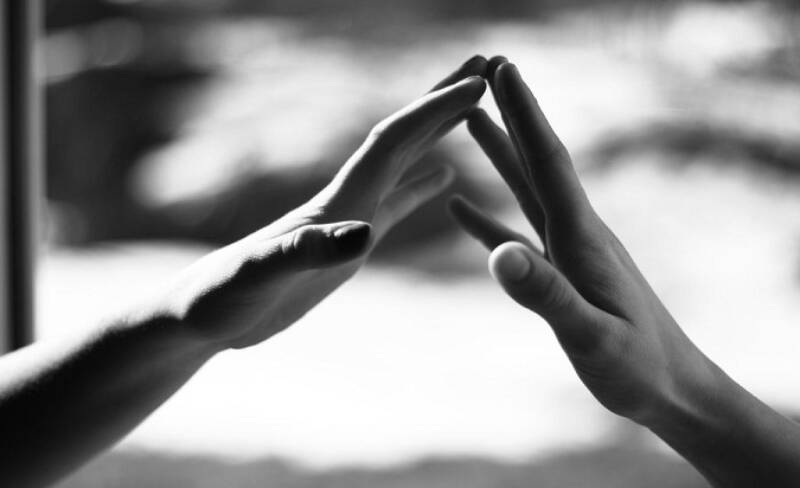 Joseph forgives. That, as I have argued before, was a turning point in history. For this was the first recorded act of forgiveness in literature.

It is important here to make a key distinction between forgiveness, which is characteristic of the Judaeo-Christian tradition, and the appeasement of anger, which is a human universal. People are constantly harming others, who then become angry, indignant and “disrespected.” If the offender does nothing to turn away their wrath, they will take revenge.

Revenge is one way of restoring the social order, but it is a very costly and dangerous one because it can lead to a circle of retaliation that has no natural stopping point.[1] One of my family offends one of your family (think of Montagues and Capulets, or Corleones and Tattaglias), so one of your family takes revenge, which one of my family must retaliate for the sake of family honour, and so it goes, sometimes for generations. The cost is often so great that it is in everyone’s interest to find a way of stopping the cycle. That is universal. It exists in every human group, and some non-human ones as well.[2]

The general way of bringing this kind of conflict to an end is what the ancient Greeks called sungnome, often translated as “forgiveness,” but which actually – as David Konstan shows in his masterly study, Before Forgiveness [3]– means something like pardon, appeasement, a willingness to make allowances, or accept an excuse, or grant an indulgence. The end result is that the victim forgoes revenge. The offender does not atone. Instead he or she makes some kind of plea in mitigation: I couldn’t help it; it wasn’t that bad; it’s human nature; I was carried away. In addition the offender must show, in words or body language, some form of humility or submission.

One classic example in the Torah is Jacob’s conduct toward Esau when they meet again after more than twenty years, during which time Jacob had been away in the home of Laban. He knew that Esau felt wronged by him and had declared his intention to take revenge after their father Isaac had died. That is why Jacob fled in the first place. When they meet again, Jacob does not mention the earlier incident. But he does attempt to appease[4] Esau by sending him an enormous gift of livestock, and by abasing himself, bowing down to him seven times, and calling him “my lord,” and himself “your servant.” For his part, Esau does not mention the earlier episode, whether because he had forgotten it, or it no longer rankled with him, or because he was mollified by Jacob’s self-abasement. This was not remorse and forgiveness, but submission and appeasement.

What Joseph does toward his brothers is different. When he first reveals himself to them, he says, “And now, do not be distressed and do not be angry with yourselves for selling me here, because it was to save lives that God sent me ahead of you” (Gen. 45:5). This sounds like forgiveness, but, as this week’s parsha makes clear, it is not necessarily so. The word “forgiveness” is not used. And the brothers may well have assumed that, as in the case of Esau, Joseph intended to take revenge but not during the lifetime of their father. That is what provokes the drama at the end of this week’s parsha:

When Joseph’s brothers saw that their father was dead, they said, “What if Joseph holds a grudge against us and pays us back for all the wrongs we did to him?”  So they sent word to Joseph, saying, “Your father left these instructions before he died: ‘This is what you are to say to Joseph: Please forgive [sa] your brothers’ wrong and the sin they committed in treating you so badly.’ Now please forgive the sins of the servants of the God of your father.” (Gen. 50:15-17)

This was Joseph’s response:

Joseph said to them, “Don’t be afraid. Am I in the place of God? You intended to harm me, but God intended it for good to accomplish what is now being done, the saving of many lives. So then, don’t be afraid. I will provide for you and your children.” And he reassured them and spoke kindly to them.

This is forgiveness. Joseph does not use the word, but he makes it clear that he foregoes all thought of revenge. What is happening here and why did it not happen in other cultures? This is one of the most fascinating features of Judaism, and why it eventually made such a difference to the world.

Note what has to happen for forgiveness to be born. First, Joseph engages in an elaborate plan, hiding his identity, to make sure the brothers were capable of remorse and atonement. This happens on their first encounter in Egypt, when he accuses them of being spies, and they say in his presence – not knowing that he could understand them – “Surely we are guilty because of our brother. We saw how distressed he was when he pleaded with us for his life, but we would not listen; that’s why this distress has come upon us” (Gen. 42:21). They know they have done wrong. They acknowledge their guilt.

Second, Joseph arranges a trial that will test whether Judah., the brother who proposed selling him into slavery in the first place, is indeed a changed person. He has Benjamin brought before him on a false charge, and is about take him as his slave when Judah intervenes and offers to become a slave in his place so that Benjamin can go free. This is what the Sages and Maimonides defined as complete repentance, that is, you have so changed that you are now a different person. These two elements tell us what has changed in the brothers so that they, the wrongdoers, can be forgiven.
There is a change in Joseph too, as we noted in last week’s Covenant and Conversation. He has reframed his life, so that the entire story of his relationship with his brothers has now become utterly secondary to the drama of Divine Providence that is still unfolding. As he explains: “You intended to harm me, but God intended it for good.” This is what allows the victim, Joseph, to forgive.

These, though, are details. What is absolutely fundamental is that Judaism represents, for the first time in history, a morality of guilt rather than shame. In the past we’ve explored some of the elements that made it possible. Earlier this year we spoke of the difference between tradition-directed cultures and – what the call to Abraham initiates – inner-directed ones. Tradition-directed individuals, when they break the rules, feel shame. Inner-directed personalities feel guilt.

We also spoke about the difference between cultures of the eye and of the ear. Visual cultures are almost always shame cultures. Shame is what you feel when you imagine other people seeing what you are doing. The first instinct when you feel shame is to try to hide or to wish you were invisible.[5] In cultures of hearing, however, morality is represented by an inner voice, the voice of guilt that you cannot hide from even if you are invisible to the world.

The key difference between the two is that in shame cultures, wrongdoing is like a stain on the person. Hence the only way to be rehabilitated is to have the stain covered up somehow (the meaning, as we noted, of the verb k-p-r). You do this by placating the victim of your wrong so that in effect he “turns a blind eye” to what you did. His resentment, indignation and desire for revenge have been appeased.

In guilt cultures, however, there is a fundamental distinction between the person and his or her acts. It was the act that was wrong, not the person. That is what makes forgiveness possible. I forgive you because, when you admit you did wrong, express remorse and do all you can to make amends, especially when I see that, given the opportunity (as was Judah) to repeat the crime you do not do so because you have changed, then I see that you have distanced yourself from your deed. Forgiveness means I fundamentally reaffirm your worth as a person, despite the fact that we both know your act was wrong.[6]

Forgiveness exists in righteousness-and-guilt cultures. It does not exist in honour-and-shame cultures like those of ancient Greece and pre-Christian Rome.

Contemporary culture in the West, often thought by secularists to be morally superior to the ethics of the Hebrew Bible, is in fact – for good or bad – a regression to pre-Christian Greece and Rome. That is why, nowadays, people who are found to have done wrong are publicly shamed. Examples are not necessary: they abound in every day’s news. In a shame culture, the main thing to do is not to be found out, because once you are, there is no way back. There is no place in such a culture for forgiveness. At best you seek to appease. As in ancient Greece, the culprit argues, “I couldn’t help it; it wasn’t that bad; it’s human nature; I was carried away.” They undergo some ritual of self-abasement. Eventually they hope, not that people will forgive but that they will forget. This is an ugly kind of culture.

Which is why Judaism remains the eternal alternative. What matters is not outward appearances but the inner voice. And when we do wrong, as we all do, there is a way forward: to confess, express remorse, atone, make amends, and, like Judah, change. To know that however wrong our deeds, “the soul You gave me is pure,” and that if we work hard enough on ourselves, we can be forgiven, is to inhabit a culture of grace and hope. And that is a life-changing idea.

[1] Rene Girard, in Violence and the Sacred, argues that religion was born in the attempt to find a way to stop cycles of retaliation and revenge.
[2] See Frans de Waal, Peacemaking among primates, Harvard University Press, 1989.
[3] David Konstan, Before Forgiveness: the origins of a moral idea, Cambridge University Press, 2010.
[4] Note that the word Jacob uses to himself (Gen. 32:21) comes from the verb k-p-r which will later be used in Leviticus to mean atonement, and is the source of the phrase Yom Kippur. It means literally to “cover over.” It is what Noah does when he covers the ark with pitch (Gen. 6:14). It also means a ransom (Num. 35:32) such as might be paid to compensate a family for the murder of one of its members, something forbidden in Jewish law.
[5] That is what, I suggest, was at stake in the Garden of Eden, which is all about shame and hiding. Adam and Eve followed their eyes rather than their ears.
[6] Note that in certain cultures, forgiveness is not held to require remorse, atonement and the like. Maimonides himself says (Hilkhot Deot 6:9) that if you regard the person who wronged you as incapable of handling criticism, then you may forgive him unilaterally. Note however that this kind of forgiveness does not signal that you reaffirm the moral worth of the person you forgive. To the contrary, you regard him as beneath contempt. Judaism seems always to have known this. The Christian theologian who understood it best was Dietrich Bonhoeffer, who called it, “cheap grace.”

Judaism allows us to inhabit a culture of grace and hope. If we work hard enough on ourselves, we can be forgiven.