When Can We Lie? 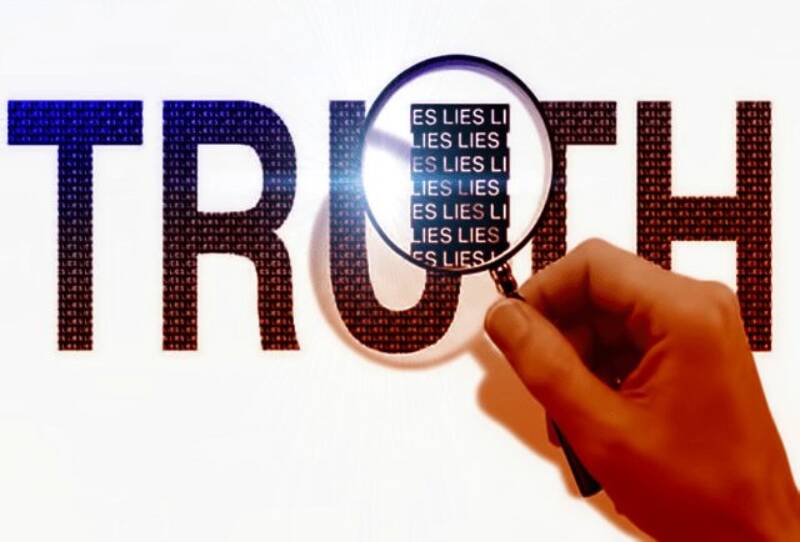 After the death of Jacob, Joseph’s brothers were afraid. Years earlier, when he had revealed his true identity to them, he appeared to have forgiven them for selling him as a slave.[1] Yet the brothers were not wholly reassured. Maybe Joseph did not mean what he said. Perhaps he still harboured resentment. Might the only reason he had not yet taken revenge was respect for Jacob. There was a convention in those days that there was to be no settling of scores between siblings in the lifetime of the father. We know this from an earlier episode. After Jacob had taken his brother’s blessing, Esau said, “The days of mourning for my father are near; then I will kill my brother Jacob” (Gen. 27:41). So the brothers came before Joseph and said:

“Your father left these instructions before he died: ‘This is what you are to say to Joseph: I ask you to forgive your brothers the sins and the wrongs they committed in treating you so badly.’ Now please forgive the sins of the servants of the God of your father.” When their message came to him, Joseph wept. (Gen. 50:16-17)

The text makes it as plain as possible that the story they told Joseph was a lie. If Jacob had really said those words, he would have said them to Joseph himself, not to the brothers. The time to have done so was on his deathbed in the previous chapter. The brothers’ tale was what we may call a “white lie”. Its primary aim was not to deceive but to ease a potentially explosive situation. Perhaps that is why Joseph wept, understanding that his brothers still thought him capable of revenge.

The Sages derived a principle from this text. Mutar le-shanot mipnei ha-shalom: “It is permitted to tell an untruth (literally, “to change” the facts) for the sake of peace.”[2] A white lie is permitted in Jewish law.

This is not the only place where the Sages invoked this principle. They even attributed it to God Himself.[3] When the angels came to visit Abraham to tell him and Sarah that they were about to have a child, “Sarah laughed to herself as she thought, ‘After I am worn out and my lord is old, will I now have this pleasure?’” God then asked Abraham, “Why did Sarah laugh and say, ‘Will I really have a child, now that I am old?’” (Gen. 18:12-13).

God did not mention that Sarah believed that not only was she too old to have a child – she believed that Abraham was as well (this turned out to be quite untrue: Abraham had six more children after Sarah’s death). The Sages inferred that God did not mention it because He did not want there to be bad feeling between husband and wife. Here too the Sages said: it is permitted to change the facts for the sake of peace.

It is clear that the Sages needed both episodes to establish the principle. Had we only known about the Sarah case, we could not infer that it is permitted to tell a white lie. God did not tell a white lie about Sarah. He merely did not tell Abraham the whole truth. Had we only known about the case of Joseph’s brothers, we could not have inferred that what they did was permitted. Perhaps it was forbidden, and that is why Joseph wept. The fact that God Himself had done something similar is what led the Sages to say that the brothers were justified.

What is at stake here is an important feature of the moral life, despite the fact that we seem to be speaking of no more than social niceties: tact. The late Sir Isaiah Berlin pointed out that not all values coexist in a kind of platonic harmony. His favourite example was freedom and equality. You can have a free economy but the result will be inequality. You can have economic equality, communism, but the result will be a loss of freedom. In the world as currently configured, moral conflict is unavoidable.[4]

This was an important fact, though one about which Judaism seems never to have been in doubt. There is, for example, a powerful moment in Tanach when King David’s son Absalom mounted a coup d’etat against his father. David was forced to flee. Eventually there was a battle between Absalom’s troops and David’s. Absalom, who was handsome and had fine hair, was caught by it when it became entangled in the branches of a tree. Left hanging there, Joab, captain of David’s army, killed him.

When David heard the news he was overcome with grief:

Joab was brutal in his response to the King:

“Today you have humiliated all your men, who have just saved your life … You love those who hate you and hate those who love you … Now go out and encourage your men.”

David’s grief at the loss of his son conflicts with his responsibilities as head of state and his loyalty to the troops who have saved his life. Which comes first: his duties as a father or as a king?

The existence of conflicting values means that the kind of morality we adopt and society we create depend not only on the values we embrace but also on the way we prioritise them. Prioritising equality over freedom creates one kind of society – Soviet Communism for example. Prioritising freedom over equality leads to market economics. People in both societies may value the same things but they rank them differently in the scale of values, and thus how they choose when the two conflict.

That is what is at stake in the stories of Sarah’s laughter and Joseph’s brothers. Truth and peace are both values, but which do we choose when they conflict? Not everyone among the rabbinic Sages agreed.

There is, for example, a famous argument between the schools of Hillel and Shammai as to what to say about the bride at a wedding. (See Ketubot 16b) The custom was to say that “The bride is beautiful and graceful.” Members of the School of Shammai, however, were not prepared to say so if, in their eyes, the bride was not beautiful and graceful. For them the supreme value was the Torah’s insistence on truth: “Keep far from falsehood” (Ex. 23:7). The School of Hillel did not accept this. Who was to judge whether the bride was beautiful and graceful? Surely the bridegroom himself. So to praise the bride was not making an objective statement that could be tested empirically. It was simply endorsing the bridegroom’s choice. It was a way of celebrating the couple’s happiness.

Courtesies are often like this. Telling someone how much you like the gift they have brought, even if you don’t, or saying to someone, “How lovely to see you” when you were hoping to avoid them, is more like good manners than an attempt to deceive. We all know this, and thus no harm is done, as it would be if we were to tell a lie when substantive interests are at stake.

More fundamental and philosophical is an important Midrash about a conversation between God and the angels as to whether human beings should be created at all:

Rabbi Shimon said: When God was about to create Adam, the ministering angels split into contending groups. Some said, ‘Let him be created.’ Others said, ‘Let him not be created.’ That is why it is written: ‘Mercy and truth collided, righteousness and peace clashed’ (Psalms 85:11).

Mercy said, ‘Let him be created, because he will do merciful deeds.’

Truth said, ‘Let him not be created, for he will be full of falsehood.’

Righteousness said, ‘Let him be created, for he will do righteous deeds.’

Peace said, ‘Let him not be created, for he will never cease quarrelling.’

What did the Holy One, blessed be He, do? He took truth and threw it to the ground.

The angels said, ‘Sovereign of the universe, why do You do thus to Your own seal, truth? Let truth arise from the ground.’

Thus it is written, ‘Let truth spring up from the earth.’[5]

This is a challenging text. What exactly were the angels saying? What does it mean to say that “God took truth and threw it to the ground?” And what happened to the claim made by the angel of Peace that humans “will never cease quarrelling”?

I interpret it as meaning that humans are destined to conflict so long as contending groups each claim to have a monopoly of the truth. The only way they will learn to live at peace is by realising that they, finite as all humans are, will never in this life achieve truth as it is in Heaven. For us, truth is always partial, fragmentary, the view from somewhere and not, as philosophers sometimes say, “the view from nowhere”.[6]

This deep insight is, I believe, the reason why the Torah is multi-perspectival, why Tanach contains so many different kinds of voices, why Mishnah and Gemara are structured around argument, and why Midrash is built on the premise that there are “seventy faces” to Torah. No other civilisation I know has had so subtle and complex an understanding of the nature of truth.

Nor has any other so valued peace. Judaism is not and never was pacifist. National self-defence sometimes requires war. But Isaiah and Micah were the first visionaries of a world in which “nation shall not lift up sword against nation.” (Is. 2:4; Mic. 4:3) Isaiah is the poet laureate of peace.

Given the choice, when it came to interpersonal relations the Sages valued peace over truth, not least because truth can flourish in peace while it is often the first casualty in war. So the brothers were not wrong to tell Joseph a lie for the sake of peace within the family. It reminded them all of the deeper truth that not only their human father, now dead, but also their heavenly Father, eternally alive, wants the people of the covenant to be at peace, for how can Jews be at peace with the world if they are not at peace with themselves?

[1] This is the theme of the Covenant & Conversation essay entitled “The Birth of Forgiveness”.

[6] Thomas Nagel, The View From Nowhere, New York, Oxford University Press, 1986. The only person to have achieved a non-anthropocentric, God’s-eye-view of creation, was Job in chs. 38-41 of the book that bears his name.