To Renew our Days 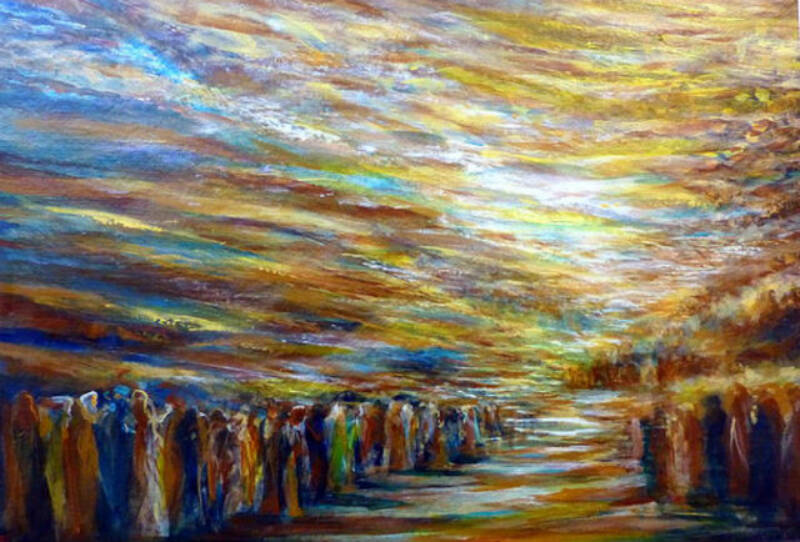 The moment had come. Moses was about to die. He had seen his sister Miriam and brother Aaron pre-decease him. He had prayed to God – not to live forever, not even to live longer, but simply, “Let me go over and see the good land beyond the Jordan,” (Deut. 3:25). Let me complete the journey. Let me reach the destination. But God said No: “That is enough,” the Lord said. “Do not speak to me anymore about this matter.” (Deut. 3:26). God, who had acceded to almost every other prayer Moses prayed, refused him this.[1]

What then did Moses do on these last days of his life? He issued two instructions, the last of the 613 commands, that were to have significant consequences for the future of Judaism and the Jewish people. The first is known as Hakhel, the command that the king summon the people to gather during Succot following the seventh, shemittah year:

“At the end of every seven years, in the year for canceling debts, during the Festival of Tabernacles, when all Israel comes to appear before the Lord your God at the place He will choose, you shall read this law before them in their hearing. Assemble the people—men, women and children, and the foreigners residing in your towns—so they can listen and learn to fear the Lord your God and follow carefully all the words of this law. Their children, who do not know this law, must hear it and learn to fear the Lord your God as long as you live in the land you are crossing the Jordan to possess.”

There is no specific reference to this command in the later books of Tanach, but there are accounts of very similar gatherings: covenant renewal ceremonies, in which the king or his equivalent assembled the nation, reading from the Torah or reminding the people of their history, and calling on them to reaffirm the terms of their destiny as a people in covenant with God.

That, in fact, is what Moses had been doing for the last month of his life. The book of Deuteronomy as a whole is a restatement of the covenant, almost forty years and one generation after the original covenant at Mount Sinai. There is another example in the last chapter of the book of Joshua (Josh. 24). Joshua had fulfilled his mandate as Moses’ successor, bringing the people across the Jordan, leading them in their battles and settling the land.

Another occurred many centuries later in the reign of King Josiah. His grandfather, Menasseh, who reigned for 55 years, was one of the worst of Judah’s kings, introducing various forms of idolatry, including child sacrifice. Josiah sought to return the nation to its faith, ordering among other things the cleansing and repair of the Temple. It was in the course of this restoration that a copy of the Torah was discovered,[2] sealed in a hiding place, to prevent it being destroyed during the many decades in which idolatry flourished and the Torah was almost forgotten. The king, deeply affected by this discovery, convened a Hakhel-type national assembly:

“Then the king called together all the elders of Judah and Jerusalem. He went up to the temple of the Lord with the people of Judah, the inhabitants of Jerusalem, the priests and the prophets—all the people from the least to the greatest. He read in their hearing all the words of the Book of the Covenant, which had been found in the temple of the Lord.  The king stood by the pillar and renewed the covenant in the presence of the Lord—to follow the Lord and keep his commands, statutes and decrees with all his heart and all his soul, thus confirming the words of the covenant written in this book. Then all the people pledged themselves to the covenant.”

The most famous Hakhel-type ceremony was the national gathering convened by Ezra and Nehemiah after the second wave of returnees from Babylon (Neh. 8-10). Standing on a platform by one of the gates to the Temple, Ezra read the Torah to the assembly, having positioned Levites throughout the crowd so that they could explain to the people what was being said. The ceremony that began on Rosh Hashanah, culminated after Succot when the people collectively “bound themselves with a curse and an oath to follow the Law of God given through Moses the servant of God and to obey carefully all the commands, regulations and decrees of the Lord our Lord” (Neh. 10:29)

The other command – the last Moses gave the people – was contained in the words: “Now write down this song and teach it to the Israelites,” understood by rabbinic tradition to be the command to write, or at least take part in writing, a Sefer torah. Why specifically these two commands, at this time?

Something profound was being transacted here. Recall that God had seemed brusque in His dismissal of Moses’ request to be allowed to cross the Jordan. “That is enough … Do not speak to me anymore about this matter.” Is this the Torah and this its reward? Is this how God repaid the greatest of the prophets? Surely not.

In these last two commands God was teaching Moses, and through him Jews throughout the ages, what immortality is – on earth, not just in heaven. We are mortal because we are physical, and no physical organism lives forever. We grow up, we grow old, we grow frail, we die. But we are not only physical. We are also spiritual. In these last two commands, we are taught what it is to be part of a spirit that has not died in four thousand years and will not die so long as there is a sun, moon and stars.[3]

God showed Moses, and through him us, how to become part of a civilisation that never grows old. It stays young because it repeatedly renews itself. The last two commands of the Torah are about renewal, first collective, then individual.

The concept of covenant played a decisive role in European politics in the sixteenth and seventeenth century, especially in Calvin’s Geneva and in Scotland, Holland and England. Its longest-lasting impact, though, was on America, where it was taken by the early Puritan settlers and remains part of its political culture even today. Almost every Presidential Inaugural Address – every four years since 1789 – has been, explicitly or implicitly, a covenant renewal ceremony, a contemporary form of Hakhel.  In 1987, speaking at the bicentennial celebration of the American Constitution, President Ronald Reagan described the constitution as a kind of “covenant we’ve made not only with ourselves but with all of mankind … It’s a human covenant; yes, and beyond that, a covenant with the Supreme Being to whom our founding fathers did constantly appeal for assistance.” America’s duty, he said, is “to constantly renew their covenant with humanity…to complete the work begun 200 years ago, that grand noble work that is America’s particular calling – the triumph of human freedom, the triumph of human freedom under God.”[4]

If Hakhel is national renewal, the command that we should each take part in the writing of a new Sefer Torah is personal renewal. It was Moses’ way of saying to all future generations: It is not enough for you to say, I received the Torah from my parents (or grandparents or great-grandparents). You have to take it and make it new in every generation.

One of the most striking features of Jewish life is that from Israel to Palo Alto, Jews are among the world’s most enthusiastic users of information technology and have contributed disproportionately to its development (Google, Facebook, Waze). But we still write the Torah exactly as it was done thousands of years ago – by hand, with a quill, on a parchment scroll. This is not a paradox; it is a profound truth. People who carry their past with them, can build the future without fear.

Renewal is one of the hardest of human undertakings. Some years ago I sat with the man who was about to become Prime Minister of Britain. In the course of our conversation he said, “What I most pray for is that when we get there (he meant, 10 Downing Street), I never forget why I wanted to get there.” I suspect he had in mind the famous words of Harold Macmillan, British Prime Minister between 1957 and 1963, who, when asked what he most feared in politics, replied, “Events, dear boy, events.”

Things happen. We are blown by passing winds, caught up in problems not of our making, and we drift. When that happens, whether to individuals, institutions or nations, we grow old. We forget who we are and why. Eventually we are overtaken by people (or organisations or cultures) that are younger, hungrier or more driven than us.

The only way to stay young, hungry and driven is through periodic renewal, reminding ourselves of where we came from, where we are going, and why. To what ideals are we committed? What journey are we called on to continue? Of what story are we a part?

How precisely timed, therefore, and how beautiful, that at the very moment when the greatest of prophets faced his own mortality, that God should give him, and us, the secret of immortality – not just in heaven but down here on earth. For when we keep to the terms of the covenant, and making it new again in our lives, we live on in those who come after us, whether through our children or our disciples or those we have helped or influenced. We “renew our days as of old.” Moses died, but what he taught and what he sought lives on.

[1] There is an important lesson here: It is the prayers we pray for others and others pray for us that are answered; not always those we pray for ourselves That is why when we pray for the healing of the sick or the comfort of the mourners we do so specifically “in the midst of others” who are ill or bereaved. As Judah Halevi pointed out in The Kuzari, the interests of individuals may conflict with one another, which is why we pray communally, seeking the collective good.
[2] This is Radak and Ralbag’s understanding of the event. Abarbanel finds it difficult to believe that there were not other copies of the Torah preserved even during the idolatrous periods of the nation’s history, and suggests that what was discovered sealed in the Temple was Moses’ own Torah, written by his hand.
[3] See Jeremiah 31.
[4] Public Papers of the Presidents of the United States, Ronald Reagan, 1987, 1040-43.